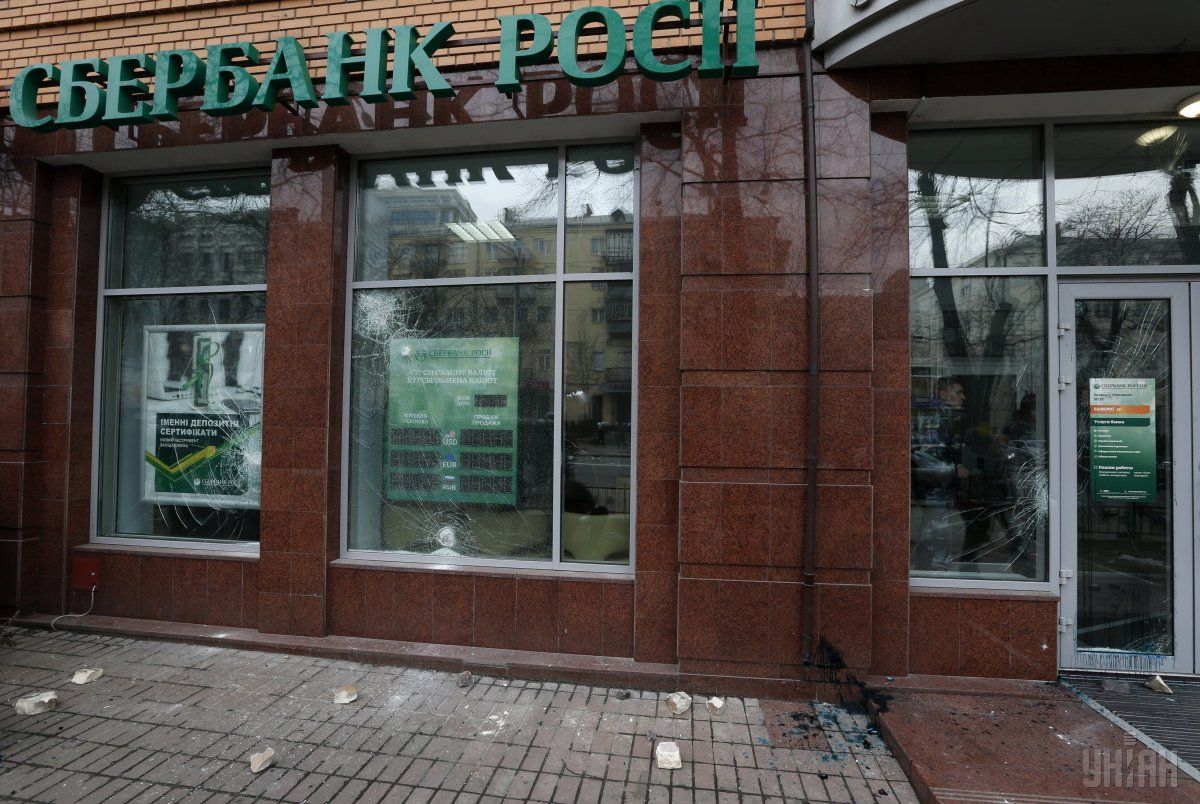 Five Russian state-owned banks operate in Ukraine, including three in the top 20, and they hold a combined market share of 8.6 percent, VOA reported.

The central bank has sought to cut that following a breakdown in bilateral relations in 2014 because of Moscow's annexation of Crimea and support for pro-Russian separatists.

"We want them to leave our market painlessly," deputy chief Kateryna Rozhkova told journalists. "There are two options: Either find a new owner or gradually reduce your presence."

Two of the Russian banks, VEB and VTB, are already in talks to sell their Ukrainian subsidiaries, and Rozhkova said the central bank expected progress by the end of the first quarter.

Read alsoAttack on Russian Sberbank in Kyiv: police vow to bring perpetrators to justice (photo, video)The three others are Sberbank and subsidiaries of Kremlin-owned BM Bank and VS Bank.

In 2014, the central bank introduced restrictions on the five banks, banning them from increasing their assets and deposits. This resulted in their market share falling by half.

A recent deadly escalation in Ukraine's nearly three-year-old separatist conflict prompted a few dozen protesters to gather outside a branch of Sberbank in Kyiv, demanding that it stop operating in the country.

But Rozhkova said it was not in Ukraine's interests for the banks to close abruptly. Together, they hold 22 billion hryvnias ($815 million) in Ukrainian consumer deposits and 16 billion hryvnias in business deposits.

The central bank is formulating a scheme to transfer loans owed to these banks by Ukrainian companies elsewhere, she said.

She said central bank experts had found no evidence that the banks financed separatists in eastern Ukraine, as claimed by some Ukrainian politicians.