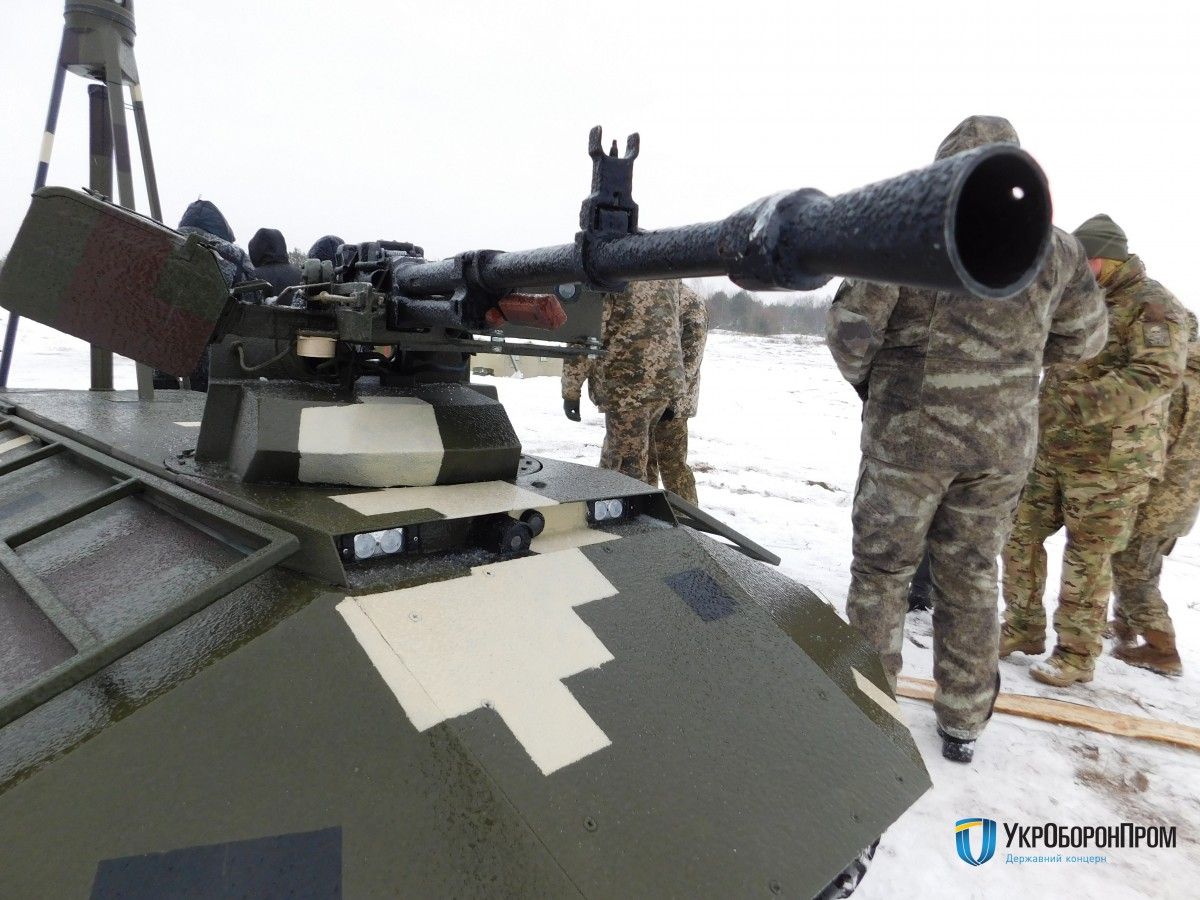 The "nearly invisible" vehicle with Barrier and a 12.7 mm caliber machine gun is designed to go up against heavy and light armored targets from a distance of 100 to 5,000 meters, according to a company statement. SpetsTechnoExport is part of Ukraine's defense company Ukroboronprom, DefenseNews reported.

In addition to Barrier, Fantom is designed to accommodate a variety of different armaments on a stabilized rotating platform, the company added.

The vehicle can even maneuver on sand due to its hybrid all-wheel drive engine, independent suspension and hydraulic brake system. The UGV is also equipped with a secure radio channel.

"The purpose of this project is development of equipment that can effectively perform different combat missions while minimizing risks to the military personnel's lives," Pavlo Barbul, SpetsTechnoExport's director, said.

The first Fantom was showcased at an arms exhibition in 2016 in Kyiv.

Read alsoUkrainian unmanned APC Phantom demonstrates its combat capabilities (photo)While unmanned ground vehicles come with a host of mobility and autonomy challenges, arming an unmanned vehicle has always carried an additional level of concern when it comes to operational safety.

But Ukraine, which has continued to fight back Russian incursions for the past several years, has to move quickly to develop capability that can fight effectively against the Russian tank and armored vehicle threats along its border.

Fantom can "perform fire support of ground units, conduct reconnaissance and hold surveillance at block posts or border, deliver equipment and ammunition, evacuate the wounded, as well as be the source of power, and participate in de-mining operations," the company said.

And Fantom can be teamed with other unmanned aerial systems, likely another answer to counter Russia's hybrid warfare tactics using drones observed on the frontlines in Ukraine.

Meanwhile, the U.S. Army is demonstrating a host of combat vehicles in the role of robotic wingmen this year to feed into the development of the Army's planned programs of record for both a semiautonomous robotic wingman starting in 2023 and an autonomous version that would come online in 2035.