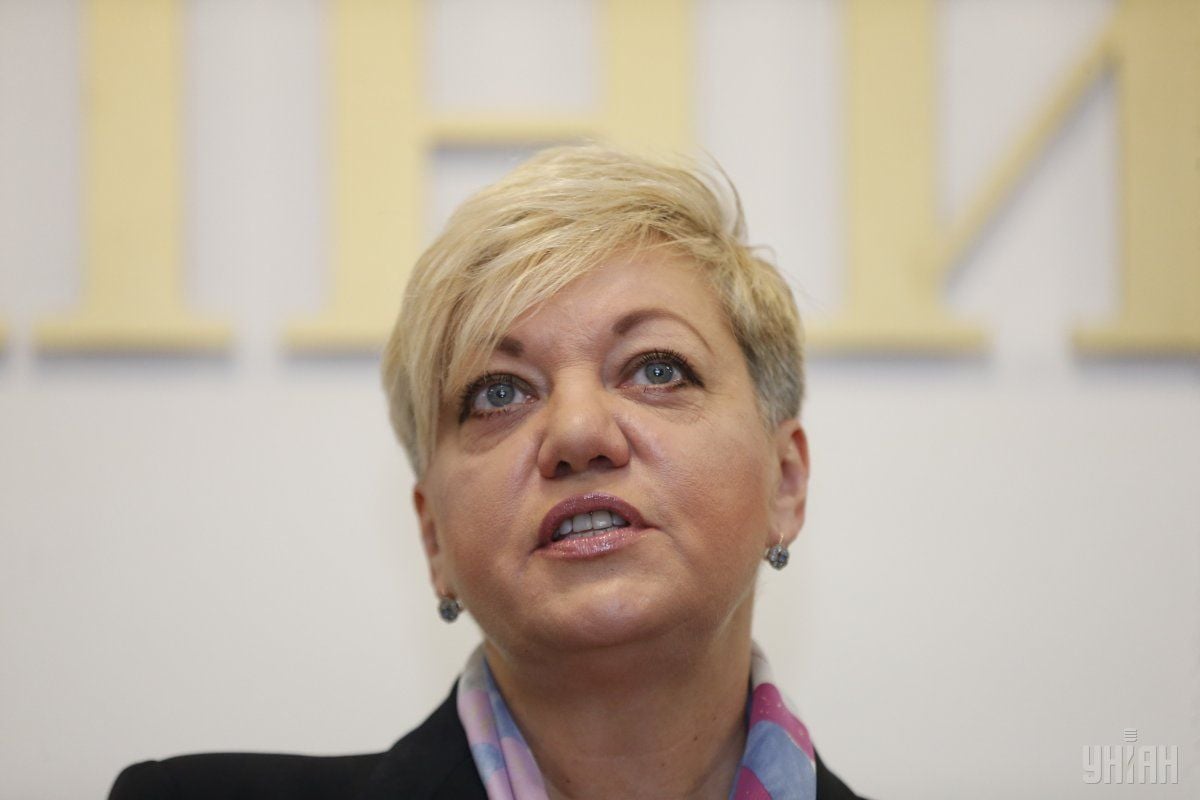 Disappointed by a lack of government reforms, Valeriya Gontareva has told President Petro Poroshenko of her intention to resign, a person familiar with the matter said Monday. Presidential spokesman Svyatoslav Tsegolko declined to comment "on rumors," Bloomberg wrote.

Bonds yields jumped to the highest in almost a month and the hryvnia weakened.

Gontareva, 52, helped Ukraine stem a plunge in its currency and rebuild foreign reserves as a second revolution in 10 years and fighting with Russia-backed insurgents ravaged the ex-Soviet economy. She's since allowed the currency to float freely and tamed inflation that had ballooned beyond 60 percent. A change in the central bank's leadership would further jeopardize reform efforts, with delays continuing to hamper transfers from a $17.5 billion international bailout.

Read alsoYatsenyuk not willing to become NBU GovernorGontareva did a good job of modernizing the central bank "under very difficult circumstances," transforming it into a "champion of reforms," said Tymofiy Mylovanov, a University of Pittsburgh economics professor who's also a member of the central bank council that advises monetary-policy makers. "My hope is that we have commitments to our international donors and thus we won't see big changes in central bank policies and the current team will stay in place."

The hryvnia was 0.3 percent weaker against the dollar at 10:55 a.m. in Kyiv, extending the previous session's 0.5 percent loss, data compiled by Bloomberg show. The government's dollar-denominated notes due September 2027 rebounded, trimming the yield by six basis points to 8.78 percent after Monday's 15-point jump.

Of particular concern to Gontareva is inaction on revamping law enforcement and the judiciary, hampering her desire that crooked bank executives face prosecution, according to the person familiar with her thinking. The governor led a crackdown on lenders that largely served the interests of their oligarch owners, shutting down more than 80 and culminating with Ukraine's biggest, PrivatBank, in December.

The eastern European nation has shown scant progress in fighting graft, drawing criticism from foreign creditors and its own citizens. Transfers from its International Monetary Fund loan have repeatedly been delayed as the government fails to deliver on promises to curb corruption. Ukraine is seeking another $1 billion tranche, originally due in November, in the coming weeks.

"The development confirms our pessimistic view of Ukraine's Eurobond market, despite the possible conclusion of the IMF mission," Raiffeisen Bank International AG analyst Gintaras Shlizhyus said in an e-mailed research note. "Thus far, we keep a sell recommendation on Ukraine."

Selected by Poroshenko in June 2014, Gontareva is less than halfway through her seven-year term. Under Ukrainian legislation, the president nominates the central bank governor, whose candidacy must then receive parliamentary approval.