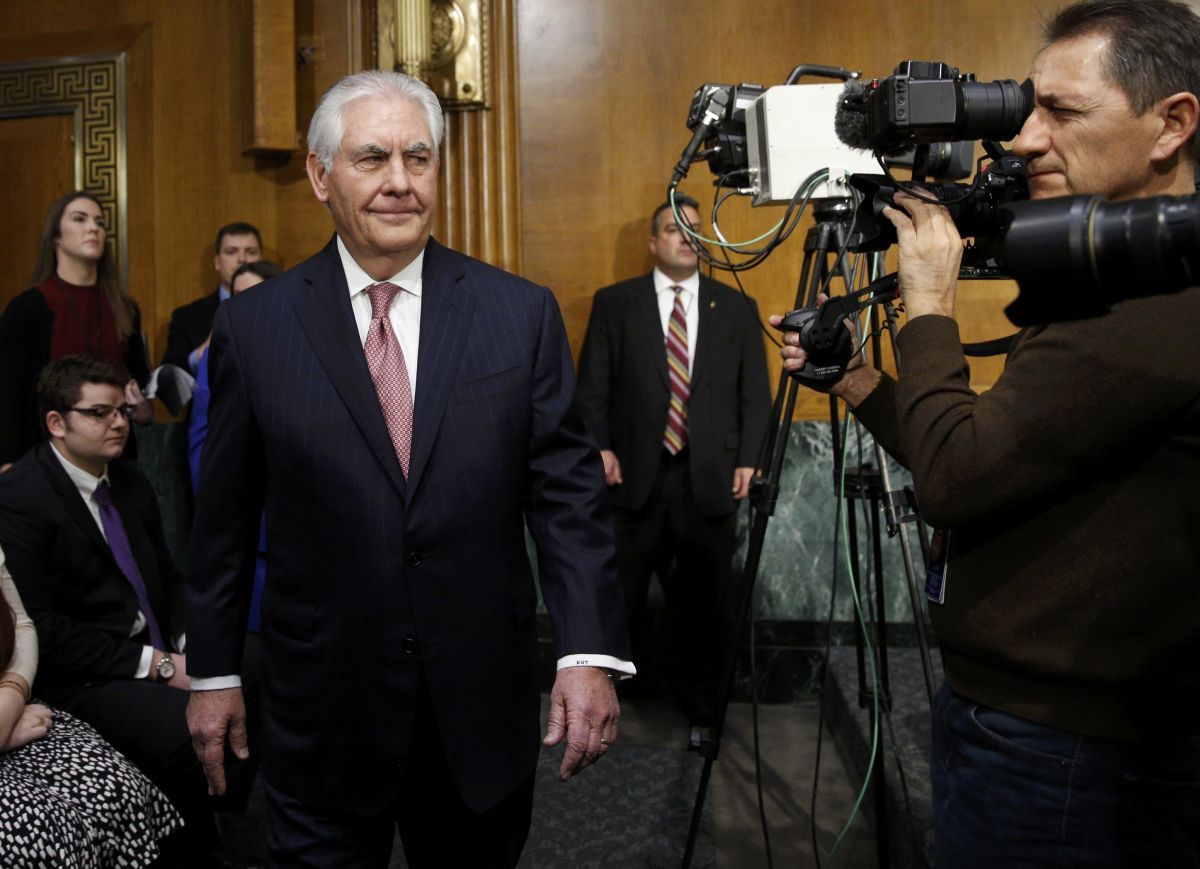 The Treasury Department announcement follows reports that Exxon had been seeking such a waiver to drill in the Black Sea. It comes as the FBI and congressional intelligence committees investigate Russian hacking aimed at disrupting the last election and potential contact with members of President Donald Trump's campaign, Politico reported.

Exxon had a partnership with Russia's state-owned Rosneft dating back to 2011 that started to yield oil just before the Obama administration set the sanctions in 2014 following Russia's invasion of Ukraine. Former Exxon CEO Rex Tillerson now heads the State Department, but had promised to step aside from decisions involving his previous employer.

The company had sought waivers since 2015 and received permission to maintain a small office in Russia to ensure it did not lose drilling rights under the partnership. Current and former officials at the State Department had said it was unclear whether the oil major was still pushing to expand its activities there.

Read alsoReuters: Exxon will not say if it is seeking waiver from Russia sanctions"In consultation with President Donald J. Trump, the Treasury Department will not be issuing waivers to U.S. companies, including Exxon, authorizing drilling prohibited by current Russian sanctions," Treasury Secretary Steven Mnuchin said in the one-sentence press release Friday.

Pursuing the waiver would have been politically sensitive and possibly have had more potential cons for Exxon and the Trump administration than pros, said Jim Krane, fellow in energy geopolitics at Rice University's Baker Institute.

"There seems to be very little upside to singling out Exxon Mobil and Russia for special treatment," Kramer said. "It would give Russia political and commercial leverage over one of America's biggest and most politically connected companies, which implies heightened Russian influence in the Trump administration. A Trump administration approval of a waiver would thus reek of conflict of interest."

While Tillerson has recused himself from matters involving Exxon, the State Department along with the Treasury Department would be responsible for granting any waiver for the energy company to operate in Russia while sanctions are in place.

If you see a spelling error on our site, select it and press Ctrl+Enter
Tags:RussiaUSATreasury