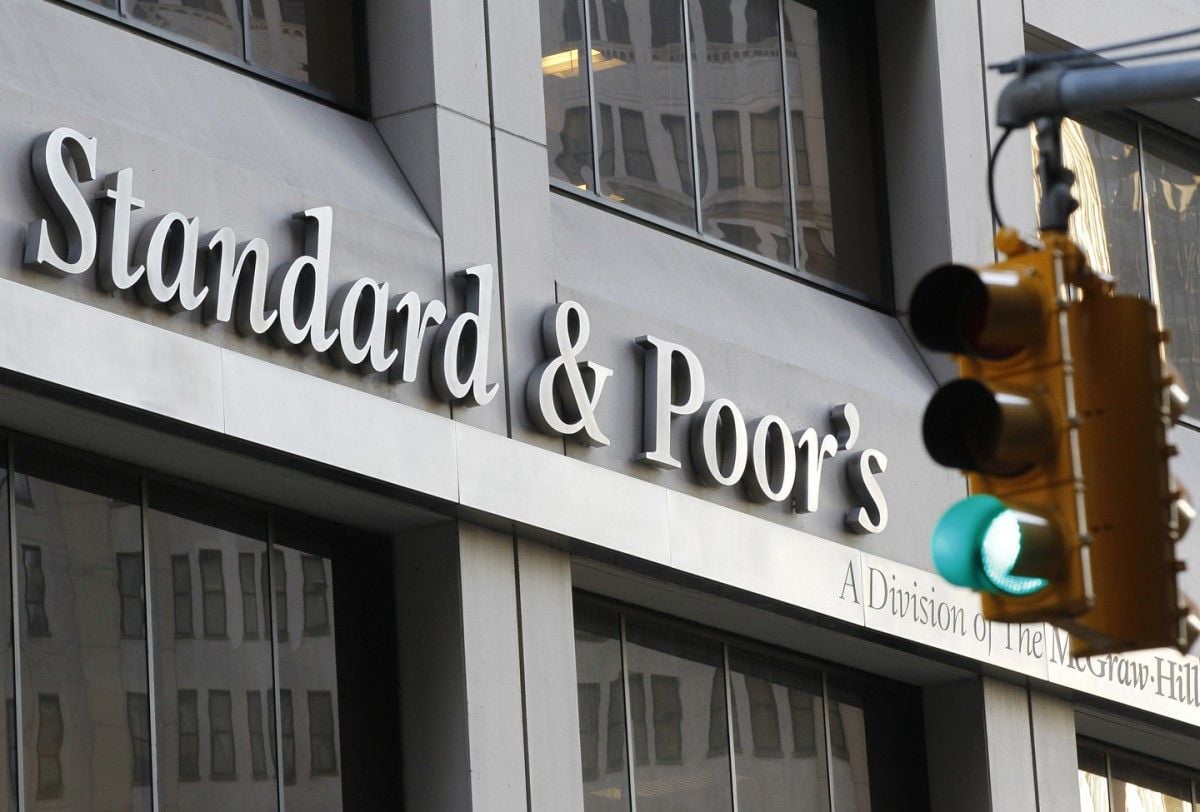 "Our 'B-' long-term rating captures the significant debt repayments Ukraine faces over the forecast horizon, political challenges that could slow the pace of reforms, and the growth-slowing blockade in the east of the country," S&P said.

Read alsoFinance Minister Danyliuk: Ukraine to borrow $1 bln abroad in autumn"We expect that Ukraine will fulfil its short-term sovereign debt obligations in 2017 (US$2.6 billion) and 2018 (US$3.9 billion) given donor funds, existing foreign exchange and hryvna balances held by The National Bank of Ukraine (NBU), and the government's ability to issue in both domestic and international markets," it said. However, debt repayments in 2019 (US$7.5 billion) — mostly the principal repayment of the sovereign eurobond and repayments to international financial institutions (including US$1 billion to United States Agency for International Development) — remain dependent on the government's ability to pass the reforms required by the IMF and its ability to refinance some debt on the international market. "This year, we expect the Ukrainian government will issue a eurobond to test the market. The effective interest rate on the entire outstanding stock of general government debt has increased with the increase in debt, although so has the weighted average maturity of Ukraine's debt stock," S&P experts said.

Read alsoFitch affirms Ukraine at 'B-'; outlook stableThe outlooks on the long-term foreign and local currency ratings are stable.

"The stable outlook reflects our view that over the next 12 months the Ukrainian government will maintain access to its official creditor support by pursuing required reforms on the fiscal, financial, and economic fronts; specifically, that the Rada (parliament) is able to broadly pass key pension and land reforms as set out by donors, thereby maintaining reform momentum this year," S&P said.

If you see a spelling error on our site, select it and press Ctrl+Enter
Tags:economyEurobondsratingcredit