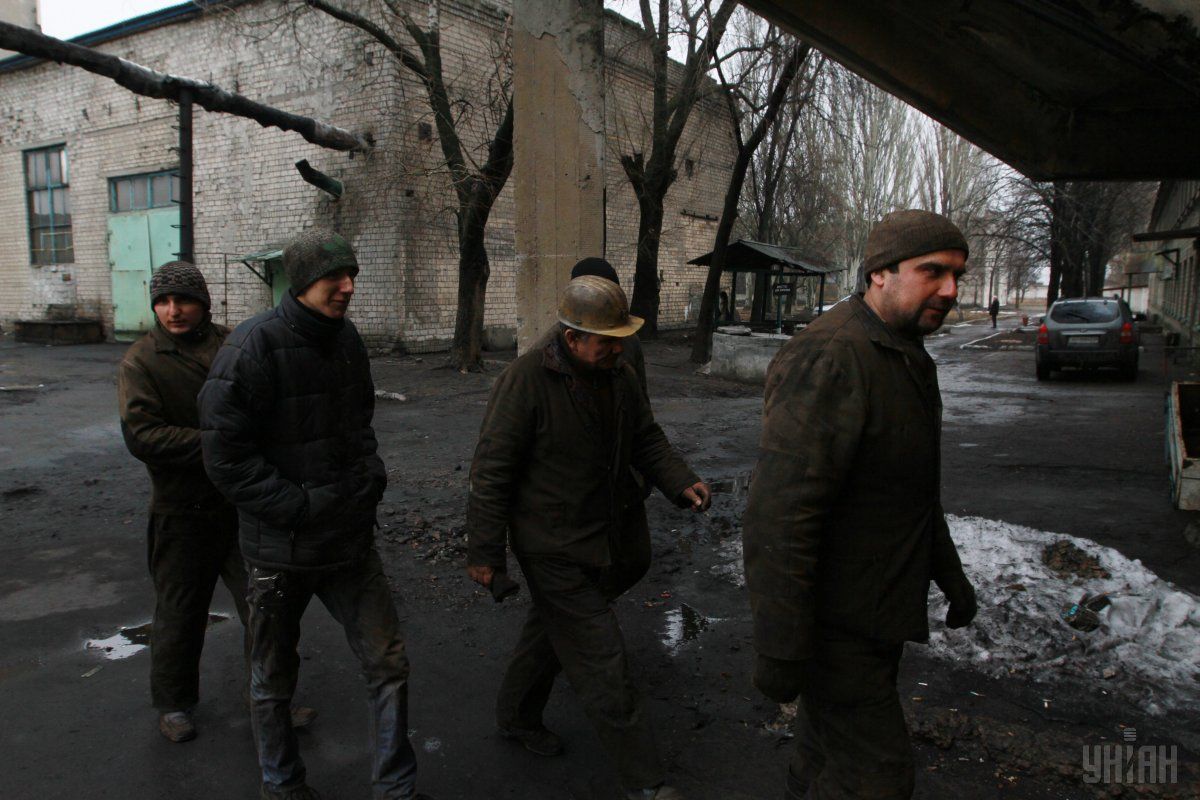 Meanwhile, the head of the so-called "DPR", Oleksandr Zakharchenko, who previously promised an "avalanche of investment" into the Donbas economy, said that all the companies will continue to work normally and produce goods for export, according to Hromadske International.

However, he did not elaborate on where they would export to. The companies' previous management said this is impossible.

Read alsoDonbasenergo loses control of Starobeshivska TPP in occupied DonbasHromadske traveled to Russian-occupied Eastern Ukraine to find out what is really happening in the occupied factories and mines, and how the future looks for their employees.

The enterprises of Ukrainian billionaire Rinat Akhmetov in the uncontrolled areas employed 60,000 workers. Since the holding lost control over these companies in mid-March, these people have all become officially unemployed. SCM group has created a Staff Support Centre, a special unit designed to help find workers employment in government controlled territory.

Read alsoAkhmetov's DTEK announces loss of control over mines and companies in DonbasAccording to the press service for SCM's energy division (DTEK), only 670 employees have expressed interest in taking this opportunity. For the most part, they are executives and not ordinary workers. Management says the process is ongoing.

Hromadske's sources in the uncontrolled areas in eastern Ukraine said life in the enterprises had come to a standstill; wages were frozens and employees were sent on unpaid leave enmasse. Dissatisfied groups have already made several attempts at protesting, while de-facto have been making efforts to block such rallies and promised payment of salaries and arrears from January and February 2017.

Miners from one of the mines told Hromadske that there are currently no buyers for the coal produced there (before its "nationalization" it supplied Kyiv-controlled territory), workers were sent on leave at their own expense.

After DTEK announced its loss of control over its companies in the occupied Donbas, workers from one of them told Hromadske that they did not receive severance pay after actually being let go from DTEK and now have problems with the First Ukrainian International Bank (PUMB, owned by Rinat Akhmetov). Before the "nationalization" they received salaries and loans from this bank.

Hromadske repeatedly appealed to the press service of DTEK for a comment on this information but never received an answer.

Read alsoKurchenko's firms smuggle over 1 mln tonnes of Donbas coal to Russia in 2016– mediaUkrainian businessman Dmytro Firtash's Konstsern Styrol factory, which produced mineral fertilizers in Horlivka, stopped paying wages back in January when the blocking of railways in government controlled areas started. Nothing has been heard about the money since. Production has stopped completely, but most people continue to go to work.

As Zakharchenko stated, the so-called "DPR Ministry of Industry and Trade" is responsible for the Styrol factory. The curators promised to resume work in several plants, but what will happen to the rest is unknown. However, the new administration hasn't let anyone go, except pensioners.

"Talking about supplying coal to Russia probably doesn't make sense because the market is full. Add additional customs clearances and other tarrifs, and the coal won't be competitive there," quality director for the Avdiyivka coke plant Gregory Kleshnya said in a comment to Hromadske.

Read alsoNBU confirms Donbas trade blockade affects GDP forecastThis is the same Avdiyivka coke that before the "nationalization" received coal from the "Krasnodonvuhillya" and the" Shcheglovska Glyboka mines" that are now under militants' control.

According to the former owners of certain enterprises, the "export destinations" that Zakharchenko talks about also don't exist:

"The quality of the coal does not meet the requirements of foreign markets," reported the SCM press service, citing DTEK director Maksym Tymchenko.

Read alsoMedia reveal Russian citizen now managing seized Ukrainian factories in militant-occupied DonbasThe Ministry for the occupied territories said that the Ukrainian side would monitor attempts to export from seized enterprises, because this is illegal. Officials are not ruling out the possibility that the mines are producing coking coal to be redirected to the Russian market either:

"We can track the movement of goods into the territory of the Russian Federation, but proving this in court is another matter. This is a question of the Ministry of Justice and the Ministry of Foreign Affairs getting involved in internal claims," Deputy Minister Georgyi Tuka told Hromadske.

Currently, there is no plan to return the lost plants and mines to Ukrainian jurisdiction and the Security and Defense Council has banned any trade with them.

"The only method is to push the international community on Russia and Russian puppets currently prevailing in uncontrolled territory. No other ways exist," said Tuka.

If you see a spelling error on our site, select it and press Ctrl+Enter
Tags:DonbasblockadeUkrainecoalhumanitariansituation