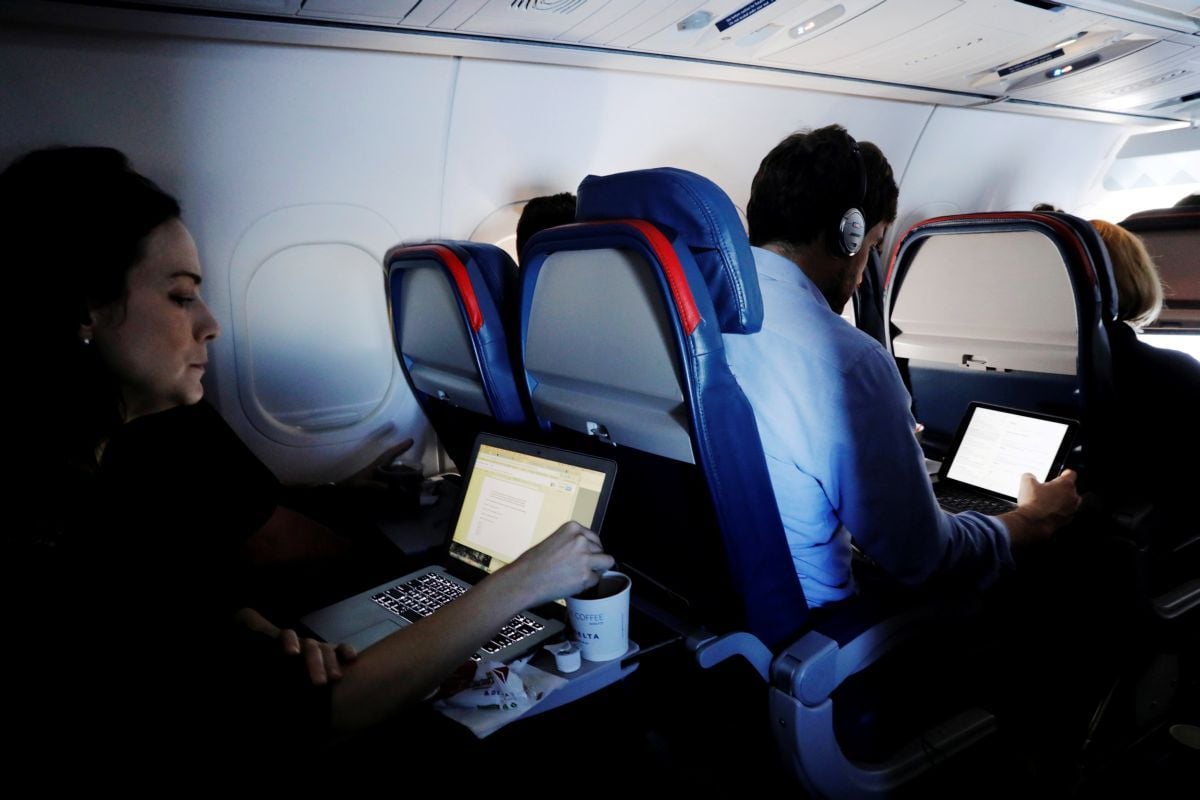 The measures, which European and U.S. officials said would begin taking effect within three weeks, could require additional time to screen passengers and personal electronic devices for possible explosives, as reported by Reuters.

The measures would affect 325,000 airline passengers on about 2,000 commercial flights arriving daily in the United States, on 180 airlines from 280 airports in 105 countries.

The United States in March banned laptops on flights to the United States originating at 10 airports in eight countries, including Egypt, Saudi Arabia, Kuwait, Qatar and Turkey, to address fears that bombs could be concealed in electronic devices taken aboard aircraft.

Britain quickly followed suit with a similar set of restrictions.

Read alsoGermany's Eurowings to fly to Kyiv's Boryspil from 2018The decision not to impose new laptop restrictions eases U.S. and European airlines' concern that expanding the ban to Europe or other locations could cause major logistical problems and deter travel.

"Inaction is not an option," U.S. Homeland Security Secretary John Kelly told a news briefing, adding that he believed airlines would comply with the new screening. But he said the measures were not the last step to tighten security. U.S. carriers said they would follow the new security directive, but industry trade group Airlines for America (A4A), criticized Homeland Security for not working more closely with them on the new policies.

"The development of the security directive should have been subject to a greater degree of collaboration and coordination to avoid the significant operational disruptions and unnecessarily frustrating consequences for the traveling public that appear likely to happen," A4A Chief Executive Nicholas E. Calio said in a statement.

Kelly had been saying since April he thought an expansion of the laptop ban was "likely." He said in late May the government could potentially expand the ban worldwide.

Homeland Security officials told reporters they expected more than 99 percent of airlines would comply, a move that would effectively end the controversial electronics ban.

Airlines that fail to satisfy new security requirements could still face in-cabin electronics restrictions, Kelly said. "We expect all airlines will work with us to keep their aircraft, their crew and their passengers safe," he said.

European and U.S. officials told Reuters that airlines have 21 days to put in place increased explosive trace detection screening and have 120 days to comply with other security measures, including enhanced screening of airline passengers.

U.S. authorities want increased security protocols around aircraft and in passenger areas, expanded canine screening and additional places where travelers can be cleared by U.S. officials before they depart.

Since laptops are widely used in flight by business class passengers – who pay double or more than the average ticket price – the airline industry had feared expanding the ban could cut into revenue.

Airline officials told Reuters they were concerned about adding enhanced security measures to all airports worldwide that have direct flights to the United States rather than focus them on airports where threats are highest. European airline groups said in a document reviewed by Reuters that if the threats are confirmed, the restrictions should be deployed to cover all EU departing flights, not just U.S.-bound flights.

Homeland security officials said Wednesday that those 10 airports can get off the list if they meet the new security requirements, but did not say how long it will take.

Kelly said last week he planned a "step by step" security enhancement plan that included short, medium-term and longer-term improvements that would take at least a year to implement fully.

If you see a spelling error on our site, select it and press Ctrl+Enter
Tags:USAsecurityairline