Reuters: Russia will struggle to turn on Siemens turbines in sanctions-bound Crimea 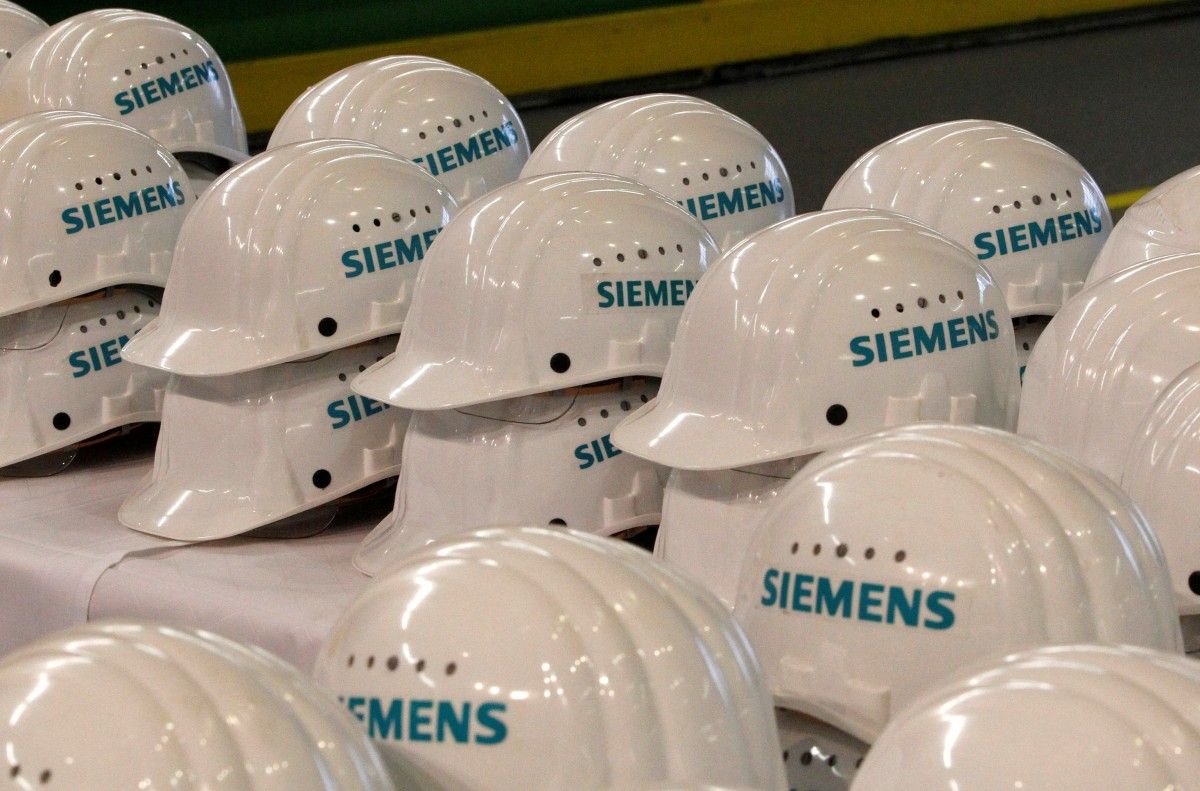 No Russian company, according to Reuters data, has ever got a Siemens turbine working without the help of the manufacturer, Reuters reported.

In this case, Siemens said the turbines were shipped to Crimea behind its back and is refusing to be involved, leaving Moscow to work out how to start them up to fulfil President Vladimir Putin's promise to give Crimea a stable power supply.

Siemens has filed a lawsuit against its Russian customer over the delivery of the turbines to Crimea and says it will do everything in its power to block their installation and commissioning.

Read alsoRussia's FSB detains CEO of supplier of Siemens turbines to Crimea for "leaking state secrets"If Russia can somehow get the turbines operating at the two new power plants under construction, having already irked Europe by delivering them, it will again demonstrate its ability to thumb its nose at the sanctions.

Ten industry specialists who spoke to Reuters said starting up the turbines without engineers from Siemens or its partners would be a tough test of the country's engineering resourcefulness, fraught with technical problems, expensive and a legal minefield.

"Without Siemens it will be very hard to do it," said an industry source.

But the majority of the specialists said it can be done – even if it has never been attempted before.

Hunt for a Contractor

A firm involved in building the Crimean power plants had hired a Russian company called Interavtomatika, which is 45.7 percent owned by Siemens, to help turn on the turbines, according to three sources familiar with the project.

Since then, Siemens said it has got a written undertaking from Interavtomatika that it will halt any activities connected to Crimea.

In an implied threat to pull out of the venture, a company source familiar with the matter has also said Siemens is reviewing its engagement in its Russian businesses. The source declined to say whether that could affect Interavtomatika and Siemens declined to comment.

EU companies are banned from transferring energy technology to Crimea under the sanctions, imposed after Moscow seized the peninsula from Ukraine in 2014. But, in a loophole Moscow seems to have exploited, their Russian subsidiaries are not directly liable.

When asked if its turbines could be assembled, installed, and commissioned without its cooperation, Siemens said it was unwilling to speculate about future developments and did not want to fuel such speculation. Russia's Energy Ministry did not respond to a Reuters request for comment.

Several of the industry sources said a Russian firm called ROTEK had experience with Siemens turbines. It is part of the Renova conglomerate controlled by billionaire Viktor Vekselberg.

The company, along with its partners, services 13 Siemens gas turbines in Russia similar to the model delivered to Crimea, according to ROTEK's website. The company, asked by Reuters if it has been approached to help with the Crimea turbines, declined to comment.

Some of the Siemens turbines ROTEK services are installed at power stations owned by gas giant Gazprom and ROTEK services those ones with a Gazprom-owned firm called Teploenergoremont-Servis. That company, via a representative in Gazprom's power division, declined to comment.

Any Russian company that agrees to set up the Crimea turbines must weigh the "very high" risk of sanctions being imposed on any EU or US business it has, according to Artyom Zhavoronkov, partner in the Russian office of law firm Dentons.

Russian officials have not acknowledged shipping Siemens turbines to Crimea. They say the turbines were obtained second hand and were Russian-made. Siemens makes turbines at a factory it co-owns in Russia.

Technopromexport, the Russian company building the Crimean power plants, has also not confirmed the turbines are made by Siemens. It declined to go into detail on how they would be serviced, beyond saying it would be "by Russian specialists and contractors".

If no firm wants to take on the job, Technopromexport and its partners could instead assemble a team of specialists themselves to get the task done, several of the industry specialists said.

One person close to the Crimea power plants project said a recruitment drive was already underway to find people in the Russian power sector who had experience of launching Siemens gas turbines.

According to one industry specialist, 18 turbines of the same model now in Crimea have previously been launched in Russian power stations. As a result, there is a pool of people who have at least observed the turbines being commissioned.

"In theory you can try to launch them without Siemens," said one industry specialist, who, like all the other people in the sector who spoke to Reuters, requested anonymity because of the sensitivity of the subject.

The turbines can be launched if you "gather up the people and the know-how from when these turbines were already used, in Russia and abroad," said the first industry source.

The model of Siemens turbines the German firm and the three sources close to the power plant say is now in Crimea – the SGT5-2000E – is not the latest word in turbine technology, but is highly sophisticated.

Read alsoSiemens turbines delivered to Crimea despite sanctions - Reuters sourcesIt is run by an automatic control system that uses Siemens proprietary software. It contains highly-engineered parts – such as the blades that turn the turbine – which up to now have only ever been bought from Siemens or its partners.

The blades need to be replaced after between three and four years and no home grown Russian company manufactures blades compatible with the Siemens turbines in Crimea, several of the specialists told Reuters.

Workarounds mentioned by people in the industry included sourcing non-original spare parts from manufacturers in China, Russian engineers attempting to replicate the blades themselves or trying to buy them via intermediaries.

"There are organisations in Russia that, in principle, can make the blades," said an energy sector source in ex-Soviet Belarus who has experience of working with Siemens equipment. "How reliable they are, that's another matter."

If you see a spelling error on our site, select it and press Ctrl+Enter
Tags:RussiaCrimeaturbinesSiemens