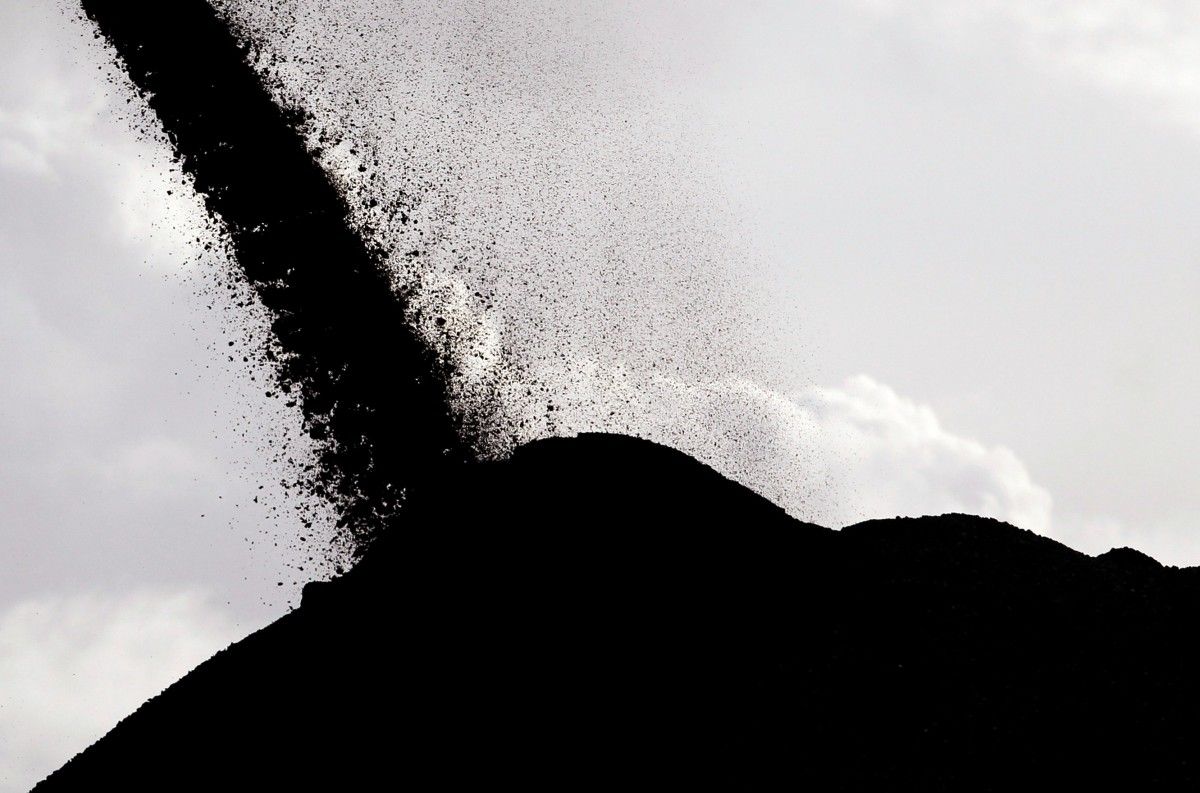 "The separatists are sending nearly 1 million tons of coal per month to Russia across their shared border as of August, boosting income to support the 4 million inhabitants of the breakaway eastern Ukrainian regions, Russian Deputy Economy Minister Sergei Nazarov said. Russia re-exports the coal to third countries via its sea ports, he said in an interview, confirming Ukrainian accusations that it's fostering trade links for the rebels," Stepan Kravchenko and Anna Andrianova wrote in the article titled "Russia Helps Ukraine Rebels Export Coal for Cash, Minister Says," published by Bloomberg on Friday, September 29.

"They're solving all their issues with social infrastructure, budget and pensions now," said Nazarov, who was placed on the sanctions list in June by the U.S. Treasury, which said he oversees "projects in the transportation, trade, energy, tax and financial sectors" for the pro-Russian separatists.

Read alsoOver 76,000 tonnes of Donbas coal smuggled to Russia within month – NGORussia and the separatists are deepening ties amid a trade blockade imposed by Ukraine and a lack of progress in enforcing a 2015 peace accord to end the three-year war that's claimed 10,000 lives. Ukraine and its western allies accuse Russia of provoking the conflict after the ouster of its Moscow-friendly president in the 2014 revolution, a charge the Kremlin denies. While Russian President Vladimir Putin has no plans to recognize or annex rebel territories, he's moving to ensure the incremental integration of the two border areas with Russia, three people close to the leadership said in April.

Putin this month put forward a plan for United Nations peacekeepers to patrol the cease-fire line in Ukraine between the separatists and government troops. Ukrainian President Petro Poroshenko, who wants peacekeepers to cover the entire conflict zone including the border with Russia, rejected the move as an attempt to "cement the occupation."

The blockade of rebel areas, started by veterans of the fighting and formalized by Poroshenko in March, has dented Ukraine's fragile economic recovery and disrupted coal deliveries for power and heat generation. The separatists retaliated by taking over 40 Ukrainian companies in the region, including billionaire Rinat Akhmetov's steel-making and electricity assets.

From his office inside a beige-tiled tower opposite Moscow's zoo, Nazarov, a former coal company director, heads Russia's commission for humanitarian assistance to the self-declared Donetsk and Luhansk people's republics in eastern Ukraine. The rebels who once depended entirely on aid from Moscow for survival now earn enough from coal sales and local taxation to pay out 5 billion rubles ($86 million) from the budget each month to residents in the region, he said.

Read alsoUkraine cuts coal consumption by almost 12%Ukrainian prosecutors began an investigation in June into illegal exports of coal from rebel-held regions to Russia, the Prosecutor-General's spokeswoman Larisa Sargan said on Facebook, after local media reported that anthracite went to Turkey via the Russian port of Rostov-on-Don. The separatists also send coal to at least seven other countries, Ukrainian Energy Minister Ihor Nasalyk said in July, the BBC reported.

There's little Ukraine can do to stop the trade. Nazarov declined to disclose which countries receive coal from rebel-held areas of Ukraine, or the scale of total revenue generated by the sales. Depending on the quality, exports of thermal anthracite sell for between $100 and $160 per ton.

Russia is under U.S. and European Union sanctions over its 2014 annexation of Crimea and support for the eastern Ukrainian separatists. It's unlikely to face additional penalties over the coal trade because "the rebels don't exist in the international legal framework and Russia's coal-export operations were not affected by the sanctions," said Andrey Movchan, director of the economic policy program at the Carnegie Moscow Center.

Poroshenko has said he'll only lift the blockade once Ukraine regains control over its industry and rebel forces withdraw weapons from the cease-fire line. Ukraine struck a deal in July to buy U.S. coal to help plug a deficit caused by the loss of supplies from the east.

Read alsoUkraine's SOEs not buying Russian coal – GroysmanThe government in Kyiv should end the blockade first because the measure "burned bridges" with the separatists and made it impossible to discuss reintegration of the region into Ukraine, Nazarov said.

If this happened, Russia would support Ukraine resuming control of its assets in rebel areas because this "would mean one less headache" for Moscow, he said. Ukraine may restore transport, energy and financial ties with the region "in one month," Nazarov said.

A Russian effort to annex the rebel areas in the same way as it took over Crimea would be a "heavy burden" economically, Nazarov said. Officials haven't calculated the costs because such a decision "isn't expected," he said.

If you see a spelling error on our site, select it and press Ctrl+Enter
Tags:RussiaDonbascoal