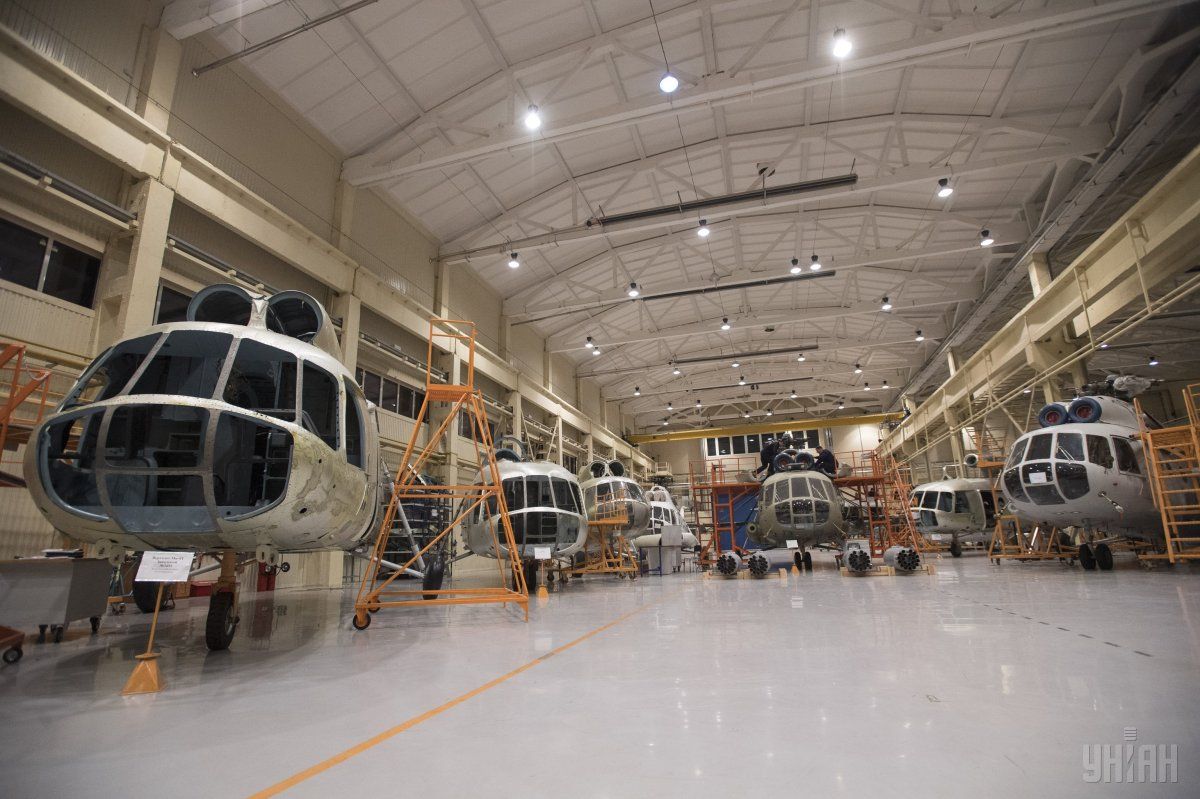 Aviation experts were stunned in recent weeks to learn that Skyrizon, a little-known Chinese company, had become majority shareholder in Ukraine's Motor Sich, one of the world's top makers of engines for military cargo aircraft and helicopters, with an exalted lineage dating back to Soviet days. But just months after a senior Ukrainian official enthusiastically hailed the aviation partnership, a Kyiv court has frozen the Chinese shareholding in Motor Sich. In a ruling last month it said that the deal was a "conspiracy to weaken the [Ukrainian] state".

Ukraine's motive for launching the court action, however, remains unclear. Some observers have cited concerns in Kyiv and Washington that the country is losing a valuable military asset as its war with Russia drags on. Political infighting within Ukraine has also been cited.

The SBU, the state security service that investigated the deal and brought the case, fears that transferring ownership to "foreign companies that intend to move the company's assets and production capacity outside Ukraine . . . will lead to [the] liquidation and destruction" of the domestic production of aviation engines.

The court ruling also cites a clause in Ukraine's criminal code about the sabotage of strategic assets that are key to the country's security interests. Motor Sich, which employs 20,000 people in Ukraine, remains the country's sole producer of aviation engines. The SBU declined to reveal further details about the investigation but people with knowledge of the situation suggest both sides are negotiating a resolution to the deal.

Ruslan Pukhov, head of the Moscow-based Centre for Analysis of Strategies and Technologies, said Motor Sich's problems appeared to be the result of a domestic power struggle and that powerful factions within the Ukrainian state-owned defence sector were trying to use the Chinese shareholding as an excuse to seize the privately owned concern.

Since the partnership first began in 2015, Skyrizon said it had sent more than 100 specialists to four different aerospace technology institutes and companies in the Ukrainian cities of Kharkiv and Zaporizhia. An official at the Chongqing industrial park where the Skyrizon factory is based said it was now capable of testing, repairing and maintaining imported engines, but not manufacturing them.

"In recent years there has been technology transfer on a massive scale, with hundreds of Ukrainian specialists going to China to set up production lines [at Skyrizon]," said Vasily Kashin of the Higher School of Economics in Moscow, who is an expert on the Chinese military. He said the Skyrizon facility could produce engines for drones, helicopters, training jets and possibly even cruise missiles.

A slide on the wall of the joint Skyrizon and Motor Sich booth at the Beijing expo reinforced the impression that the Chongqing facility was created with the ultimate aim of transferring Ukrainian technology to China. The two companies "joined hands to establish a national-level aero engine industrial base where the Chinese and Ukrainian technologies, manufacturing resources and top talents are gathered shared, and implemented," it said. The goal in 20 years, it said, was that "independent innovation is to be mastered" by the Chinese company.

Read alsoUkraine showcasing its brand new plane at Paris Air Show 2017 (Photo, video)"We are not obliged to reveal our plans in detail," said Anatoly Malysh, Motor Sich's spokesman, but he denied the plans envisioned a transfer of production assets, know-how and manpower to China. Mr Malysh said the only financial help received from the company's Chinese partners was $100m "for development of our enterprise", which he admits was struggling. Skyrizon has declined to comment.

More broadly, concerns over technology theft, particularly by China, are a sore point among Russian and Ukrainian companies, which have sold many advanced systems to Beijing only to see their designs copied.

Moscow just last year resumed sales to Beijing of advanced aviation technologies, such as the Su-35 fighter, following a 10-year moratorium imposed amid accusations that China had reverse-engineered Russian weapons such as the Su-27 fighter-bomber. Mr Pukhov said most Chinese "copies" of foreign defence technology were done with the co-operation of the foreign partner under licence, although this was seldom advertised for political reasons.

"China's problems are precisely that its defence industry is often not efficient enough and is not advanced enough to copy the most complex weapon systems," he said. "It is the direct assistance of the developer and the serial producer that is needed."

Still, the Chinese market also represents an opportunity for an industry that has struggled since the collapse of the Soviet Union.

Read alsoMotor Sich profit increased to UAH 2.5 bln since year startMotor Sich's Mr Malysh outlines the conundrum: "They are building a new factory," he says. "Are they going to move [our production assets] from here or people? We are seeking new markets. China is a lot bigger than any other."

Vladimir Sudakov at NPO Energomash, a Russian rocket engine maker at the same expo, voiced the fears of many in the industry about China's interest in Ukraine.

"China is a country which wants to travel its own path [in the development of aviation] — look, there is Motor Sich over there," he says, motioning to the Ukrainian booth. "It's entirely possible that, ‘yes, today we take their experience and in a few years we will be able to independently make our own engines'. That is entirely possible."

If you see a spelling error on our site, select it and press Ctrl+Enter
Tags:ChinaMotorSichenginesaviaion