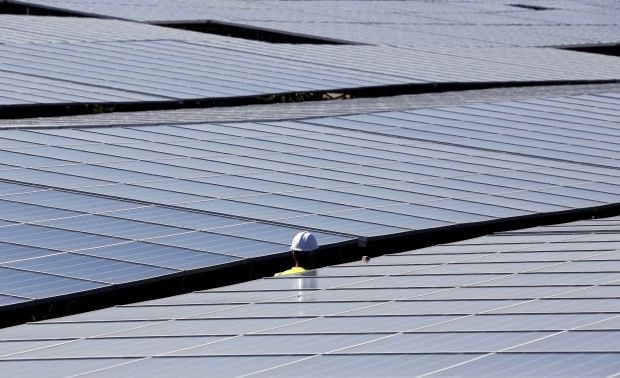 The project is being developed by Ukrainian engineering firm Rodina Energy Group Ltd. and Enerparc AG, a clean-energy company based in Hamburg, Germany. It will be 1 megawatt in size and cost about EUR 1 million to build, according to Yevhen Variahin, chief executive officer of Rodina, Bloomberg reports.

“Bit by bit we want to optimize the Chornobyl zone,” Variahin said by phone. “It shouldn’t be a black hole in the middle of Ukraine. Our project is 100 meters from the reactor.”

Read alsoAlmost 80 new renewable energy facilities built in Ukraine in six monthsUkraine’s minister of ecology announced a plan in July 2016 to revitalize the 1,000-mile swath of land encircling the site of the nuclear 1986 meltdown. Long-lasting radiation makes farming and forestry too dangerous, so renewable energy is seen as something productive to do with the empty area. The zone also connected to the country’s major cities with transmission lines that were originally laid to carry electrons from the destroyed nuclear plant.

In order to attract investors, the government is offering cheap land and relatively high feed-in tariffs. Rodina and Enerparc have secured a contract that will pay 15 euro cents per kilowatt-hour until 2030. That’s almost 40% higher than the upper band of Bloomberg New Energy Finance’s benchmark range for the levelized cost of solar in Europe.

“The higher price is because it’s a risky market, simple as that,” said Pietro Radoia, solar analyst at BNEF. “I would guess investors are after higher returns there.”

Rodina and Enerparc are planning to develop as much as 99 more megawatts of solar in Chornobyl. The Ukrainian company is also open to working with new partners and investors, Variahin said.

If you see a spelling error on our site, select it and press Ctrl+Enter
Tags:UkraineChornobylexclusionzonesolarpowergreenenergy