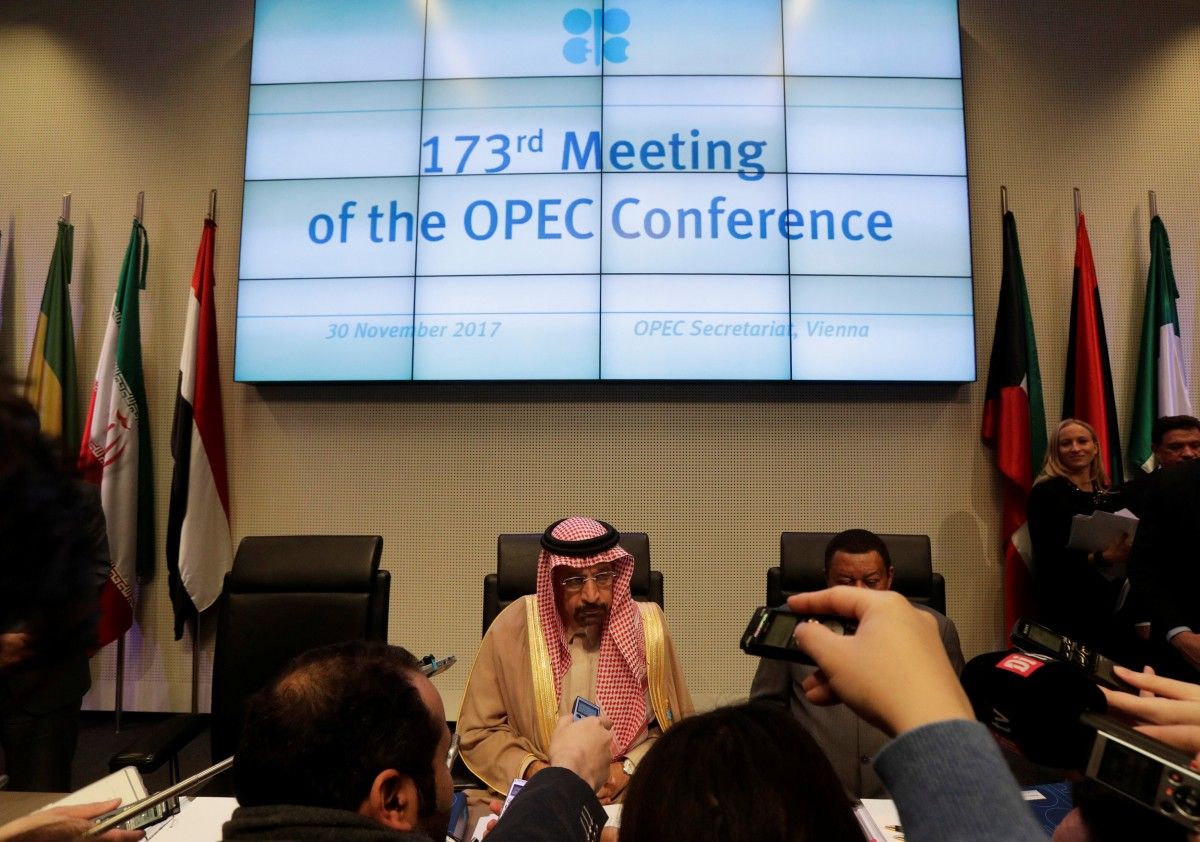 After a day of talks in Vienna, the decision showed the strength of the unprecedented alliance between the world's top two oil producers, Saudi Arabia and Russia, and confounded Wall Street analysts who'd predicted Moscow would be reluctant to keep going, Bloomberg said.

The deal was even beefed up through the inclusion of Nigeria and Libya, two members of the Organization of Petroleum Exporting Countries originally exempted from the curbs.

Read alsoPutin crowns himself OPEC king – media"We are united, shoulder to shoulder," Saudi Arabian Energy Minister Khalid Al-Falih said sitting next to his Russian counterpart Alexander Novak at a press conference after the meeting. "We are completely aligned."

Since the pact started a year ago, global inventories have fallen and prices risen by more than $20 a barrel, but in a rare display of unanimity at an OPEC meeting ministers agreed the job wasn't yet complete. By keeping the 1.8 million barrels a day of cuts in place for a further nine months, the oil producers aim to return stockpiles to their five-year average without overheating the market and eliciting a new flood of shale oil.

Libya and Nigeria, previously exempt from cutting production due to internal strife, agreed to a collective cap on their output that exceeds the nations' current production, according to Iranian Oil Minister Bijan Namdar Zanganeh. To accommodate the two new countries the existing deal will be reset to run for twelve months from January to December, delegates said.

"The most positive surprise is the inclusion of Libya and Nigeria in the deal and it removes uncertainty about supply in 2018," said Jan Edelmann, an analyst at HSH Nordbank in Hamburg.

Before the meeting, Russia had sought assurances on how and when the agreement would be phased out, people involved in negotiations said earlier this week. The country needs greater clarity than most OPEC members because its economic policy making is more complex, including a floating exchange rate that fluctuates with the oil price.

If you see a spelling error on our site, select it and press Ctrl+Enter
Tags:RussiacrudeoilOPEC