Ukraine's Antonov has completed manufacture of the major fuselage structure for the first advanced An-178 military cargo aircraft. 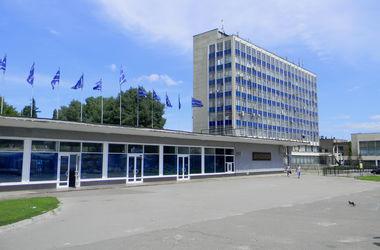 On Thursday, the Antonov rolled out the first fuselage for the advanced version of its new cargo plane in An-178-100P configuration, developed for the Ukrainian Air Force.

Read alsoUkraine may offer facilities for Boeing aircraft manufacture – ministerWith a maximum payload of up to 18 tonnes and a volume of 167 cubic meters (122 m3 without cargo ramp), the An-178-100P can carry numerous pieces of outsize cargo, including vehicles and trucks that are too large or too heavy for previous generation tactical airlifters.

According to Antonov company, the unique feature of the An-178 is the ability to carry all the types of the existing packaged freights (containerized and palletized ones), including high-capacity 1C containers (sea containers) with lateral sizes of 2.44х2.44 m. This makes it an indispensable transport to provide logistic support in emergency response and commercial operations.

Antonov says the An-178 enables to perform of airdropping of cargo and vehicles weighing up to 7.5 t.

When configured to carry troops, An-178-100P will be able to accommodate up to 90 soldiers or 70 paratroopers. The cargo cabin also allows configurations for transporting the wounded or sick (48 wounded on stretchers + 15 at the seat or 8 medical modules), on Medical Evacuation (MEDEVAC) missions.