The impact of the novel coronavirus pandemic on the airline industry has prompted several carriers to seek state aid. 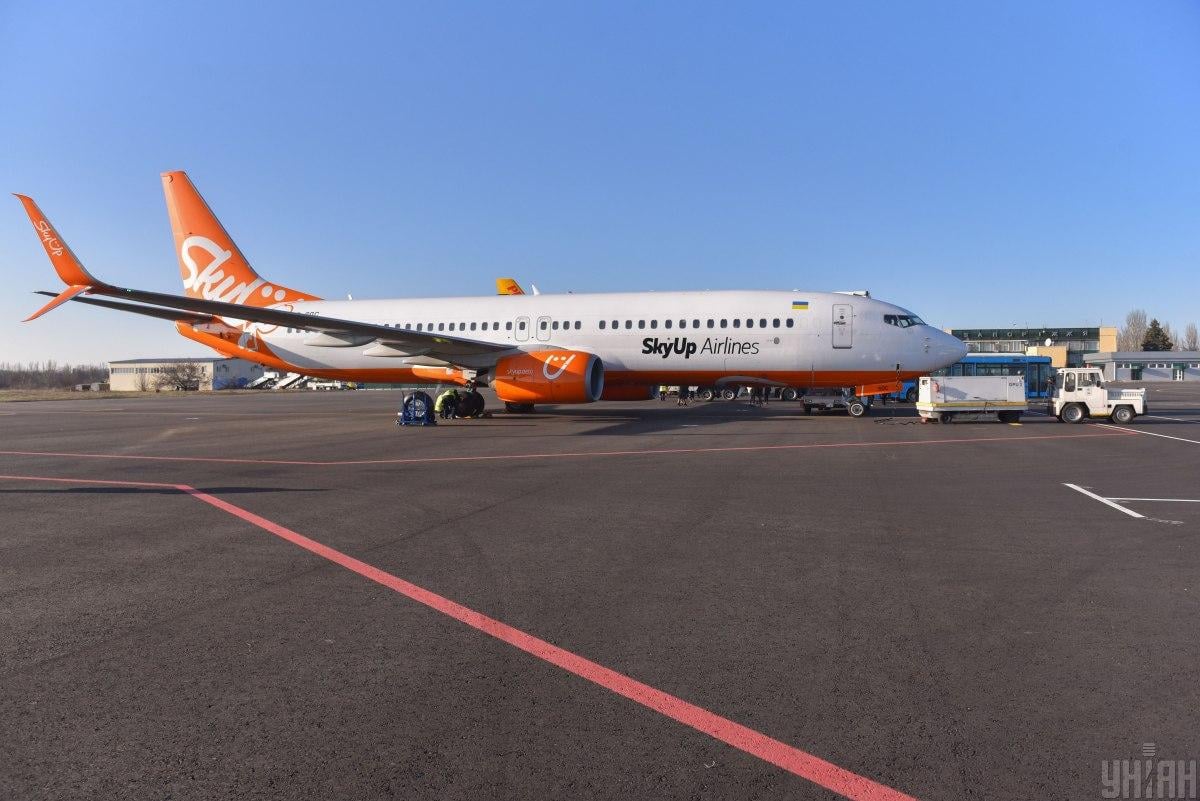 Ukrainian low-cost airline SkyUp says it is finding strength in a crisis after converting most of its planes to carry cargo to keep its fleet in the skies.

Eight of its eleven orange-and-white 737-800 and 900 Boeing planes have had seats removed and nets placed in between the remaining rows to carry freight, Reuters said.

Some smaller items are squeezed in the overhead hand luggage compartments.

The privately-owned airline, which launched two years ago, delivered its first cargo shipment in April when it brought medical supplies to Ukraine from China.

It has since done around 250 cargo flights and won contracts in countries such as Britain, France and Germany.

The impact of the novel coronavirus pandemic on the airline industry has prompted several carriers to seek state aid.

But SkyUp says it has kept most of its staff, who work either from home or in the office to handle the cargo operations.

"This virus gave us new strength and pushed us to look for new areas in business," SkyUp Director General Yevhen Khainatsky told Reuters.

"Being a passenger airline, we never dreamt of doing cargo shipments. The crisis forced us to do it. That is why during crisis times, our airline is adapting and we are quickly shifting from one business to another."

If you see a spelling error on our site, select it and press Ctrl+Enter
Tags:transportationairlinescargoSkyUpcoronavirusCOVID19