Ukraine's Ambassador to the U.S. Volovymyr Yelchenko was invited to attend the launch. 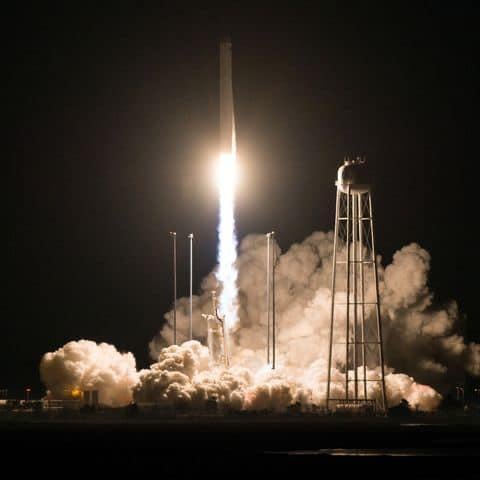 That's according to the Ukrainian Embassy in the U.S.

Lifted by the Antares launcher, a robotic Cygnus spacecraft, is hauling 7,624 lbs. (3,458 kilograms) of cargo that includes scientific equipment, an experimental space toilet, food, hardware and other supplies for the Expedition 63/64 astronauts living and working on the International Space Station, according to Space.com.

"Antares is comprised of two stages and the Cygnus cargo spacecraft (third stage). The Antares Stage 1 Core Structure was developed by Pivdenne SDO and manufactured by Pivdenmash in cooperation with Ukrainian enterprises such as Hartron-ARKOS (Kharkiv), Kyivprylad (Kyiv), Hartron-Yukom (Zaporizhia), CHeZaRa, Rapid (Chernihiv), and others. The prime developer and integrator of the Antares launch vehicle is Northrop Grumman Corp. of the United States," Pivdenne wrote in a press release.

"Under the Antares program, the Ukrainian companies completed the entire work package related to design, development, and manufacture of the Stage 1 Core Structure hardware commissioned by NASA," the release reads.

"The Antares launch vehicle was prepared for launch, tested, and launched by specialists from Pivdenne SDO, GP PO Pivdenmash and Khartron-ARKOS. Under the contract, Pivdenne provided technical support to the launch and received and processed telemetry in real time. Ukrainian specialists performed the full scope of operations under their responsibility.

Read alsoRFE/RL: U.S.-Ukraine produced rocket lifts off, takes supplies to International Space StationIt is noted that "this year rocket's preparation for launch, which always takes place in the United States, saw additional challenges over the COVID-19 pandemic and restrictions on international travel. In April, the embassy actively helped the U.S.-based Northrop Grumman set up a separate special flight to bring a team of experts from Ukrainian space enterprises to the United States."

"Without their participation, launching Antares on schedule would have been impossible," diplomats stress.

If you see a spelling error on our site, select it and press Ctrl+Enter
Tags:YuzhmashspacelaunchAntaresPivdenmashISS