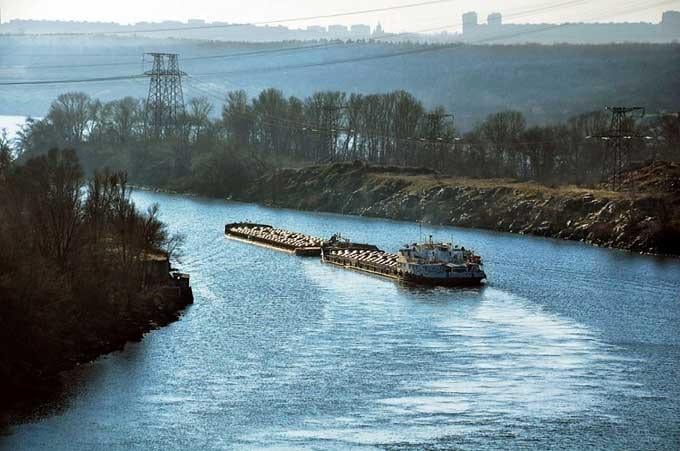 "The Verkhovna Rada Committee on Transport & Infrastructure, the Sub-Committee on Inland Waterway Transport and the Ministry of Infrastructure of Ukraine, have in the past five months put considerable effort in evaluating all the proposed amendments to the Law and together with the many hearings that were held with all the stakeholders of the IWT sector and the relevant Ministries, we are confident that a balanced Law on IWT, having taken into account also the relevant EU legislation, will be presented to the Verkhovna Rada for final adoption," Edwin Lock, head of the EU's Assistance for Dnipro Transport Development project's team, wrote in a letter addressed to head of the Rada's Transport Committee Yuriy Kysil and head of river transport sub-committee Artem Kovalev.

"Dear Mr Speaker, I am writing to recall the importance attached by the European Union to the adoption of the draft law on inland water transport. This would be a key milestone in the implementation of the transport chapter of the EU-Ukraine Association Agreement and a major deliverable for the upcoming EU-Ukraine summit on October 6th," Maasikas wrote in a letter to Parliament Speaker Dmytro Razumkov.

"The adoption of this draft law before the upcoming summit will be a significant milestone in our cooperation in this sector, aimed at developing an efficient, safe and sustainable transport system in Ukraine," the ambassador wrote.

The Rivers of Ukraine Association has backed the draft law as well.

"The Association was created by Ukrainian river transport enterprises. Its members are river ports, shipping companies, forwarders, cargo owners who use water transport in their logistics chains, and other business entities. One of the Association's main tasks is cooperation with authorities in matters of regulatory framework of the general principles of operations on the market of freight and passenger transportation by water. Among other things, this concerns the adoption of Law of Ukraine on Inland Water Transport. We believe that the Law is extremely important for the river industry, since it is intended to regulate the relations that have actually developed in this area , create conditions for the industry's development, attraction and protection of relevant investment," the Association said in an appeal to the Head of the Rada Committee on Transport and Infrastructure Yuriy Kysil and Chairman of the Subcommittee on River Transport Artem Kovalev.

According to the Association, the majority of businesses interested in the development of the river transport market strongly support the adoption of the Law, since the lack of such law is one of the reasons hindering the industry's development.

The Federation of Transport Employers of Ukraine shares support for the new legislation.

"Ukraine occupies an extremely favorable geographical position, having on its territory the main rivers (Dnieper, Danube, Pivdennyi Buh, and Dniester), which have a powerful potential for the development of direct (export-import) and domestic (cabotage) delivery of goods along Ukrainian rivers. According to experts, the volume of river traffic in 2019 amounted to only 12 million tonnes. This is up to 2% of the total volume of freight traffic in Ukraine. For comparison, in the EU, the average indicative river traffic is 6%, in the Netherlands it's 46%, in Romania it's 30%, and in the U.S., it's 40%," the Federation said in a statement.

They emphasize that the text of the draft law, redrafted for second reading, has taken into account a vast number of reservations submitted by businesses to the initial version. In particular, river tax has been cut out of the text, while the State Fund for Inland Waterways will be created. In addition, legislators took out provisions on having port dues serve as an additional source of financing for inland waterways. They will remain targeted, to be used exclusively for the development of Ukrainian seaports.

"The Draft Law reduces unreasonable regulatory and bureaucratic barriers (provisions have been removed that provide for the introduction of additional types of licensing, approvals for the implementation of construction projects on rivers, obligations on river terminals, rather than shipping companies, to confirm the safety management system, the procedure for filling the emergency fund, groundless fines on river terminals and river vessels)," the statement reads.

The American Chamber of Commerce Ukraine has also endorsed the new bill.

"The American Chamber of Commerce Ukraine hopes that the conceptual proposals presented by MP Artem Kovalev at the meeting of the Verkhovna Rada Committee on Transport and reflected in the text of Bill No. 1182-1-d on Inland Water Transport ahead of second reading , will be voted in unchanged," the Chamber said in a statement.

The European Business Association echoed the call for passing the bill.

"Businesses welcome the long-awaited start of river transport reform and support the need for the adoption of a sectoral bill on Inland Water Transport for the development of Ukraine's inland waterways if the fundamental provisions developed with the participation of businesses ahead of second reading are preserved," the EBA said.

According to the experts with the Logistics Committee of the European Business Association, as a result of the finalization of the bill's text before its second reading, together with partial consideration of proposals by the experts of the Association Committee, the level of compliance with international experience and European practices has increased significantly.

"Therefore, businesses hope a high-quality law will be adopted that will contribute to the developing freight traffic on Ukrainian rivers and attracting investment in the industry," the statement said.

Earlier, Chairman of the Sub-Committee on River Transport of the Verkhovna Rada Committee on Transport and Infrastructure, ideologist and co-author of the bill on inland water transport (No. 1182-1-d) Artem Kovalev sat down with UNIAN to speak of the essence of the major river transport reform in Ukraine.