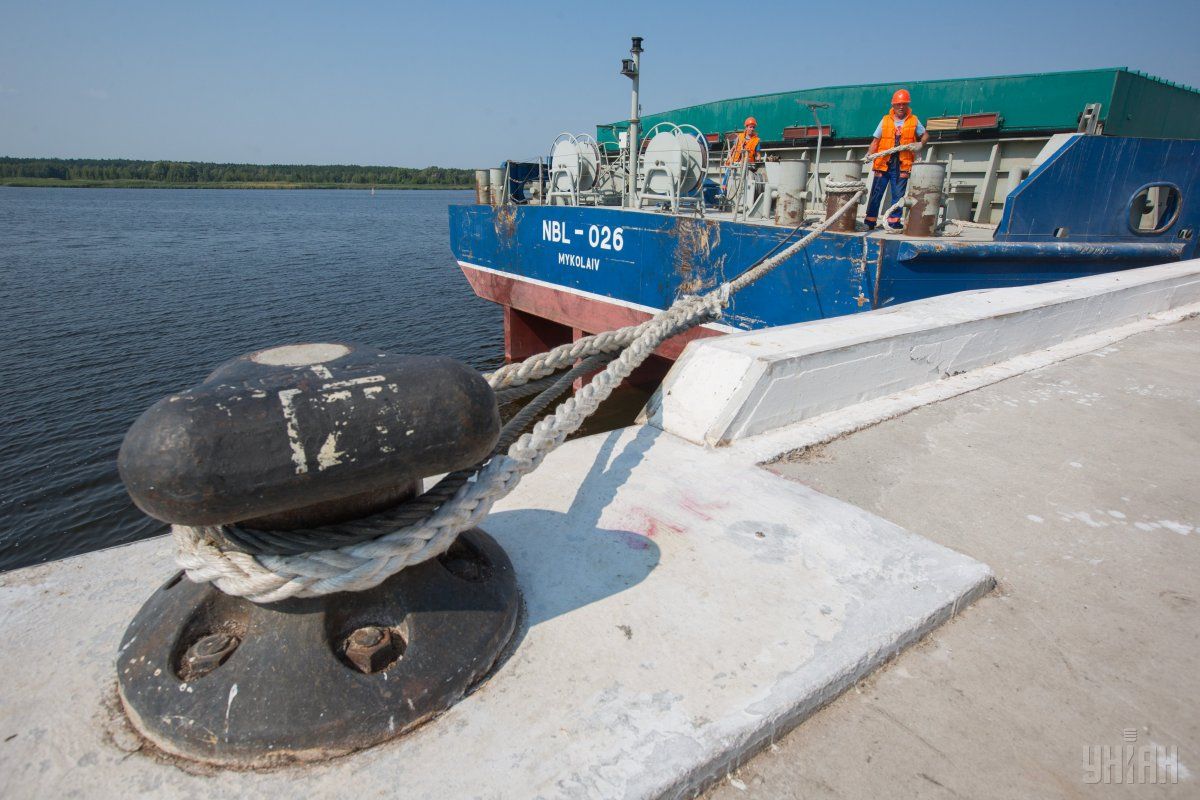 This is the first step towards an open market for transportation by water / Photo from UNIAN, by Volodymyr Hontar

The draft law on inland water transport, which regulates legal relations in that sector, passed its second reading in parliament.

Bill No. 1182-1-d was backed by 276 Members of Parliament with the required minimum being 226 votes, according to an UNIAN correspondent.

The purpose of the adoption of the bill is to establish the economic and organizational foundations for the activity of inland water transport, the explanatory note said.

"The adoption of the bill will streamline terminology in the field of water transport and eliminate conflicts of laws in the relevant area," it said.

The adopted bill gives rise to the reform of river transport, Member of Parliament, Chairman of the river transport subcommittee under the Verkhovna Rada Committee on Transport and Infrastructure, one of the authors of the law on inland water transport Artem Kovalev wrote on Facebook on December 3.

"It is a truly historic moment today! The Verkhovna Rada has adopted the Law on Inland Water Transport in the second reading," he said. "This is a large sectoral European integration law that we have been working on for the last year. This has not been done for the last 12 years. The whole industry did not have a basic law and state support, which led to the decline of river infrastructure, which is by 75% worn out."

"This is the first step towards an open and competitive market for freight and passenger transportation by water. And this is: an increase in water transportation, a reduction in the cost of logistics for businesses, the development of shipbuilding, new enterprises and new jobs, Ukrainian and foreign investment, the modernization of river infrastructure," he wrote.

Infrastructure Minister Vladyslav Kryklii, in his turn, said that the adopted bill on water transport would provide an opportunity to revive efficient river logistics.

"Thanks to the implementation of this law, we will be able to revive the most low-cost and most environmentally friendly method of delivering goods – river transportation, and create efficient river logistics," he said.

The document provides for the creation of the State Fund of Inland Waterways as part of a special fund of Ukraine's national budget to ensure navigation.

"The planned sources for the formation of the said special fund of the national budget of Ukraine are: the percentage of excise tax on fuel produced in Ukraine, excise tax on fuel imported into the customs territory of Ukraine, customs payments transferred when ships are handled in the customs regime of temporary import with conditional partial exemption from customs payments," the explanatory note to the draft law says.

It also says that the main innovations included in the bill on inland water transport contribute to the integration of inland waterways into an intermodal logistics scheme, which will allow Ukraine to strengthen its competitive position in the transport system of the EU member states.