Ukroboronprom, UAE's companies strike deals worth over US$1 bln

The Ukrainian president is paying an official visit to the UAE. 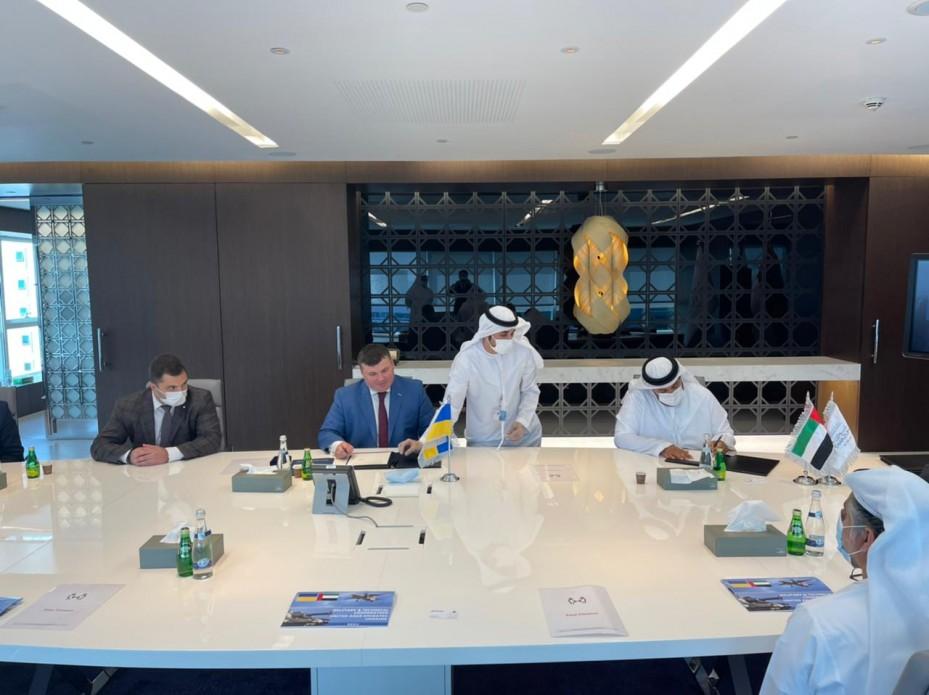 CEO of Ukraine's state-run Ukroboronprom Concern Yuriy Husyev and representatives of the UAE-based Tawazun Economic Council and EDGE Group have signed agreements and contracts totaling more than US$1 billion to expand military-technical cooperation.

Read alsoUkraine, UAE to intensify bilateral cooperation in defense industryThe documents were signed during the official visit of Ukrainian President Volodymyr Zelensky to the United Arab Emirates, the press service of the President's Office wrote on its website on February 14.

The agreement with EDGE on military and technical cooperation will allow the exchange and development of advanced technologies, the report said.

"EDGE places a strong emphasis on joint development and collaboration. Signing this tripartite agreement demonstrates our intent to cooperate with leading international companies within the defense industry," CEO and Managing Director of EDGE Group His Excellency Faisal Al Bannai said.

"We are excited about the opportunities that present themselves for the UAE and Ukraine to collaborate, exchange, and mutually benefit from one another's military and technical capabilities," he added.

Zelensky's visit to the UAE

If you see a spelling error on our site, select it and press Ctrl+Enter
Tags:UkrainevisitUkroboronpromUAEdefenseindustrymilitarycooperationcontractsZelensky