Berlin is increasingly optimistic that the new U.S. administration will be less confrontational on Nord Stream than Donald Trump. 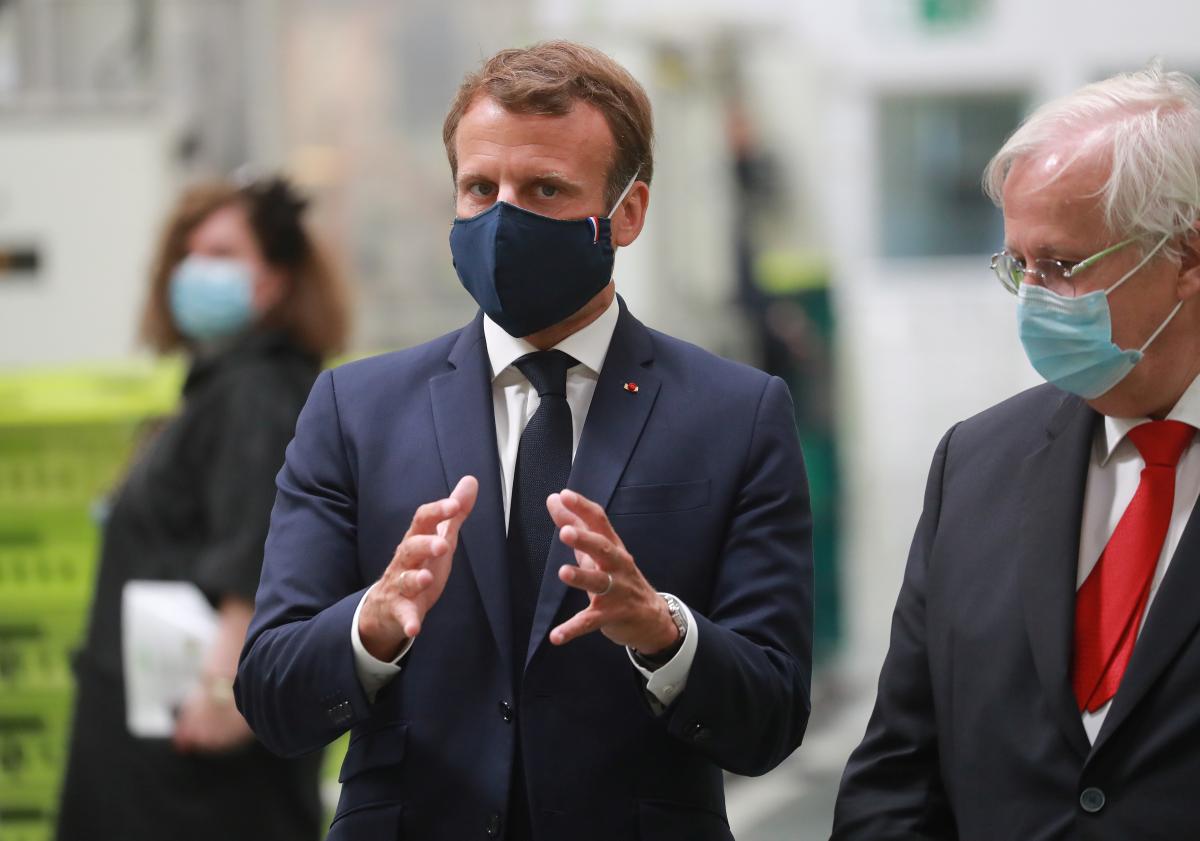 German Chancellor Angela Merkel and French President Emmanuel Macron sought to iron out differences over the Nord Stream 2 pipeline ahead of talks with U.S. President Joe Biden on the controversial Russian project.

The two leaders spoke "very openly" about the disputed gas pipeline, Merkel said on Friday after a video conference with her French counterpart, Bloomberg reported.

"On this project, which is almost finished, nothing will be announced without close Franco-German coordination," Macron said. "What we want is to continue to work together on a more sovereign European energy strategy."

Nord Stream, led by Russia's Gazprom PJSC, has been sanctioned by the U.S. and has sparked concerns that the direct gas link poses geopolitical risks by increasing German dependence on Russian energy and bypassing Ukraine.

Read alsoFrench government calls on Germany to halt Nord Stream 2The Kremlin stoked further tension on Friday by ordering diplomats from Germany, Poland and Sweden to leave the country over their "recorded participation" in protests against the jailing of opposition leader Alexey Navalny. Both leaders strongly condemned the action, but vowed to maintain diplomatic ties with Moscow.

Germany and France want "to be able to have a strategic discussion with Russia which is demanding especially in the area of energy," Macron said.

The French president has been critical of Nord Stream in the past. Earlier this week, the rift appeared to deepen, when his Junior European Affairs Minister Clement Beaune said his country has the "greatest doubts" about the project.

Despite the latest incident, Merkel on Friday stuck to her stance that Nord Stream should be completed, because it's an energy issue and unrelated to the current political turbulence.

"We talked about the different roles of different energy sources," the German chancellor said. "France has more nuclear energy, so that the role of gas is not as important as for Germany."

Under Merkel, Europe's largest economy is phasing out coal and nuclear energy at the same time, increasing demand for gas until the country can ramp up renewable sources.

She said France and Germany were united in opposing U.S. sanctions on the project and that they intended to raise the issue with the Biden administration.

"What concerns both governments – of course we'll enter into talks with this administration – but solving political differences over extraterritorial sanctions. I also don't consider this a good approach," she said.

Germany doesn't expect new U.S. sanctions to come into effect on Feb. 14 as initially planned, according to a German officials, who asked not to be identified because the talks are confidential. Berlin is increasingly optimistic that the new U.S. administration will be less confrontational on Nord Stream than Donald Trump, the people said.

"So maybe the differences aren't as big as they may appear," Merkel said. "But the fact that this is a controversial project being discussed in Europe is clear."