Oleg Bakhmatyuk: The government should subsidise small-sized and home farms only 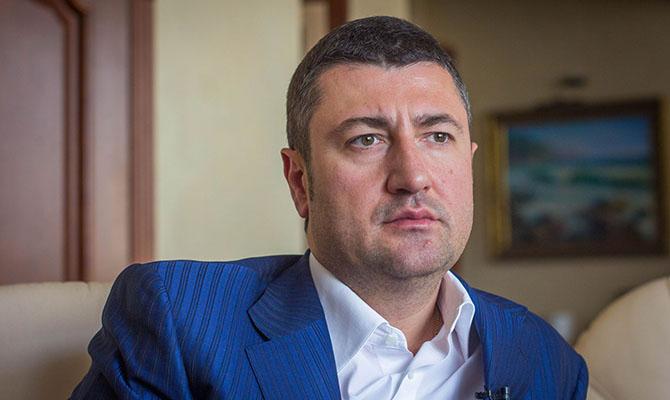 The owner of one of Ukraine’s largest agricultural holding companies argues that only small-sized farms require government support. Large agricultural companies under a sound government policy can bring billions in investment into the economy.

That's according to Oleg Bakhmatyuk's interview with Dmytro Gordon.

The owner of Ukrlandfarming discusses this in an interview to Dmitry Gordon. The businessman believes that support for small farms must become the basis of a government support programme as a social employment project more than anything else. Middle-sized farms are fully capable of meeting the country’s demand for food.  The function of large agribusinesses is to conquer foreign markets and raise billions in inward investment under a sensible government policy.

"Small and home farms in Europe represent a socio-political project to keep the population employed. To discourage people from moving to cities like Vienna for example, they are provided with comfortable living conditions in the country. The government also gives farmers subsidies as producers, a certain amount per hectare or other forms of support.  This is a matter of policy. This is the kind of policy that Ukraine should adopt in respect of small farms". According to the businessman, this could create jobs for 5-7 million people. "This is an important process, a social process. This is where 100% of subsidies should go.  This is where maximum government support should be directed in terms of lending support. Because this is the right thing to do in principle”.

Medium-sized agribusinesses, according to Oleg Bakhmatyuk, can meet the country’s demand for food. "To meet its food demand in full, Ukraine only needs to consume 20% of its output. 20-30% is needed to sustain the domestic food balance. This is food security. Money doesn’t matter. What you can buy with it is what matters”.

Large agribusinesses, according to the businessman, could help Ukraine address strategic challenges: "30% are guys like me. This is an opportunity to influence foreign markets. This is the market of Japan, which imports 90% of its food. This is the market of South Korea. We are exporting to Japan, Korea, China, Indonesia, Middle East – Egypt, Saudi Arabia, Qatar, the European Union – Italy, Spain… We are mostly playing in commodity space, while we should be exploring higher valued-added products. The egg is a value-added product. Because the egg is the product of conversion of feed plus labour as wages, and innovations to make the product. Next comes egg powder, which we are also exporting. And at each link there’s value being added. What does it add? It adds social commitments and tax payments. You end up paying more taxes and hiring more people. This is what all normal countries are doing, and we should do the same, join the protein value chain. And export it.  The world suffers from no deficit of grain. There’s a deficit of protein though. The protein value chain is our future. What do we need for that? We need investment. Investment will come from those who will need the product in the next 15 years. Companies like Ukrlandfarming are a showcase, which we can use to advertise our volume potential in exchange for investment, say you invest 3b dollars in the infrastructure, build a port, build a factory.   What’s the benefit? This is a way to capitalise on the country’s potential, create value, create jobs and as a consequence government revenue.  This is not Bakhmatyuk’s theory. This is the path of China, the EU and the US. This is the path Ukraine must choose".

"Ukrlandfarming” is one of Ukraine’s largest agricultural holding companies, specialising in growing oilseeds, cereals and seeds, cattle farming, egg farming and processing (Avangardco IPL). Group companies operate out of 600 communities in 22 regions of Ukraine. The company is owned by the Ukrainian businessman Oleg Bakhmatyuk.