Bill No. 1182-1-d "On Inland Water Transport" provides for the realization of Ukraine's potential as a river state, liberalization and deregulation of river transportation, as well as significant savings on repairs of roads being destroyed by heavy trucks. 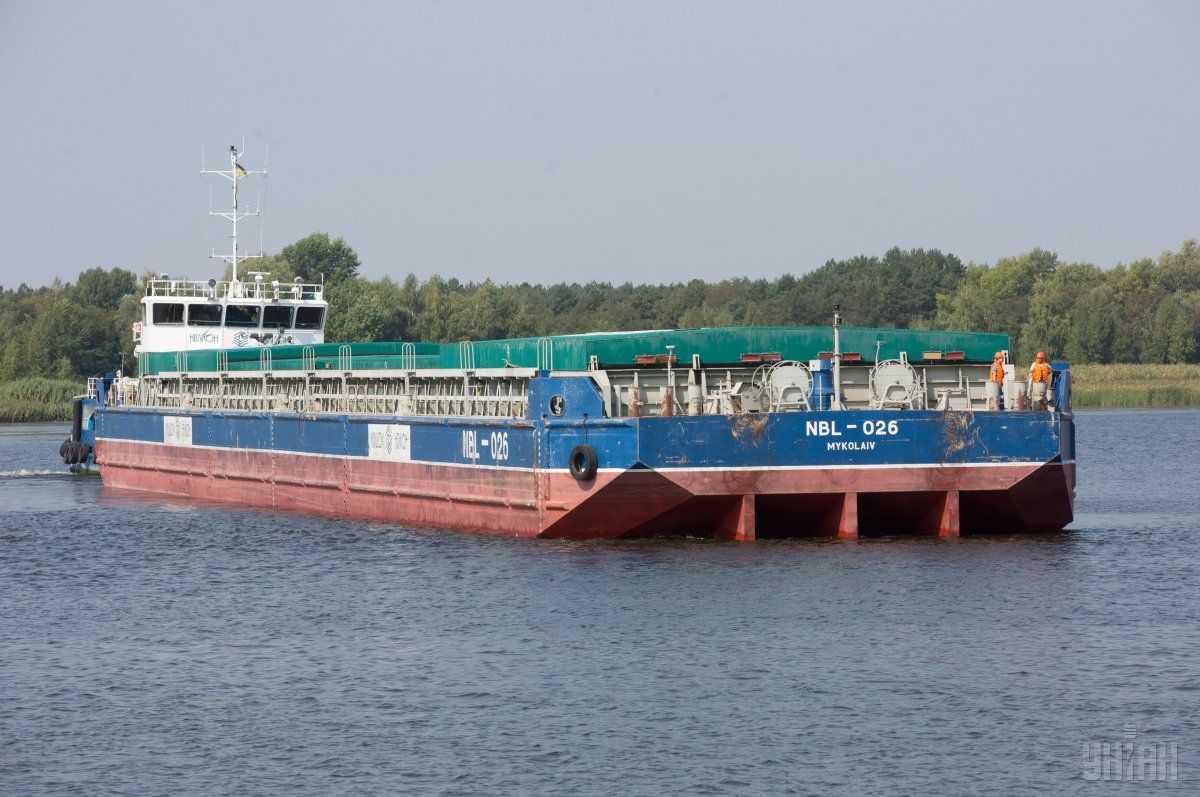 The Verkhovna Rada of Ukraine, the country's parliament, has adopted at first reading Bill No. 1182-1-d "On Inland Water Transport", which gives a start to the reform of river transportation in Ukraine. The bill aims to transform the Dnipro River into a powerful water artery, introducing efficient river logistics. A total of 243 MPs supported the move.

"We are adopting this bill to increase annual volume of cargo transportation along Ukrainian rivers to 30 million tonnes! This will greatly relieve Ukraine's roads and railways because two river barges carrying cargoes equal nearly 250 truckloads! River vessels are the most environmentally friendly, cheap and efficient form of transport that couldn't be developed due to the lack of a relevant law. That is why the draft law on the reform of inland water transportation was once identified by President Zelensky as one of the priority ones. With the new law, we are launching a competitive river transportation market, allowing foreign companies into the Ukrainian market. Due to the lack of a market and legislative base over the past decades, we now have river locks in a really poor state, as well as a lack of river infrastructure. This situation, of course, had an extremely negative impact on the Ukrainian shipbuilding industry and the ship repair industry, where tens of thousands of jobs were out of demand. With the help of our bill, we create a market for river freight transportation in Ukraine and launch Ukrainian shipbuilding," one of the bill's co-authors, MP Artem Kovalev, who heads the Verkhovna Rada's subcommittee on river transport, has told UNIAN.

"River transportation is the cheapest and most environmentally friendly way of delivering cargo. Therefore, restoring efficient inland waterways is one of the main priorities and key tasks set by President. We are aware of proposals to this project put forward by businesses and will jointly revise it in preparation for second reading. This law is absolutely necessary, because without it there will be no reform of river transportation," Minister of Infrastructure Vladyslav Kryklii said, commenting on the bill's approval at first reading.

He stressed that the adoption of the bill as a whole will make the Dnipro River a powerful transport artery and create efficient river logistics in Ukraine.

Reform of river transportation: what's envisaged by the draft law

If the bill passes its second reading, Ukraine's river transportation market will be liberalized, including to allow foreign-flagged vessels. Free river lock passage will be introduced, as well as partial exemption from port charges. Registration of vessels and qualification routine will be simplified and accelerated.

An important norm is the development of the E-40 waterway. The plan sets to increase the annual volume of cargo transportation along the Dnipro by 7 million tonnes.

Also, the bill implements the rules of the six European directives and requirements of the Ukraine-EU Association Agreement. Among other things, in case the bill passed second reading, EU Member States will recognize Ukrainian vessels and IDs of Ukrainian crews.

The bill also encourages foreign investment in the domestic sector. If approved, the law will create conditions for private investment in inland waterway port infrastructure facilities and mechanisms for stable financing of maintenance and capital costs for infrastructure development. In addition, the bill stipulates the need to adopt the Strategy for the development of inland waterway transport in Ukraine.

How inland waterway infrastructure will be funded

The draft law provides for setting up a State Fund for Inland Waterways Development and funding shipping river locks at the expense of electricity producers. In addition, it is possible to use part of the port fees in case of insufficient financing of the Special Fund. The text of the draft law eliminates the river levy, instead proposing an innovative approach to ensuring maintenance of overall dimensions of navigable channels.

The importance of adopting a bill for businesses and government

The bill aims at restoring Ukraine's transport potential, since by 1992, over 60 million tonnes had been transported by rivers. The bill will allow increasing annual cargo traffic to 30 million tonnes. This will largely unload roads and allow saving money on their repair. In addition, the bill envisages the establishment of a State Fund for Inland Waterways Development to raise funds for the repair, maintenance, and protection of floodgates, because today the wear and tear on the major IW assets is over 75%. Also, the bill significantly stimulates shipbuilding in Ukraine, which is relevant in conditions where the average age of the vessels in the domestic river fleet is 30 years.