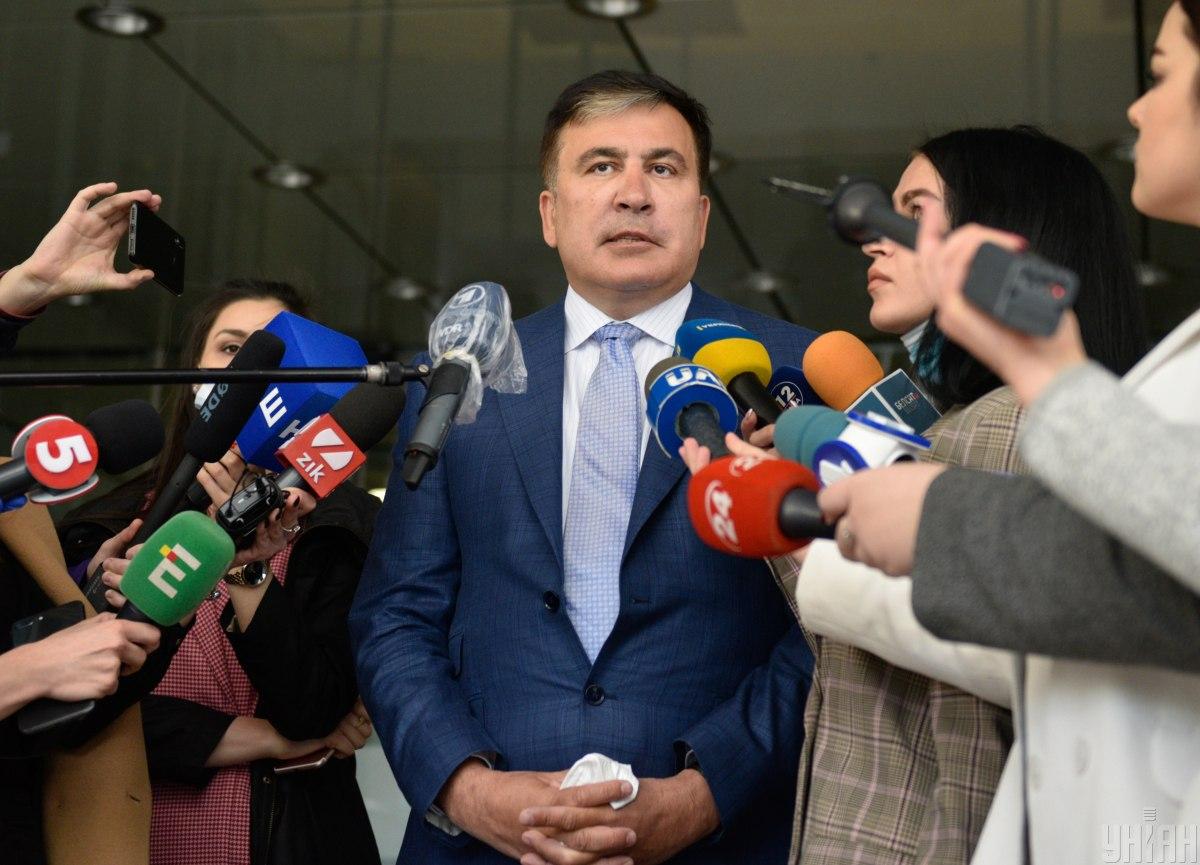 Today, at the first meeting of the National Reform Council, Head of the Office of Simple Solutions Mikheil Saakashvili announced that settlement agreements would be concluded between the government and businesses allowing the state to return substantial amounts of debts instead of launching criminal cases.

This idea was previously put forward by Oleg Bakhmatyuk, who offered to repay to the state debts worth UAH 8 billion (US$300.7 million) of banks removed from the market as a result of the banking crisis in 2014, as reported by Ukrainian News.

"We are now drawing the norm that it will be possible to reach procedural agreements when there are old cases on businesses, for example, involving the money, to say: OK. What is the procedure now? You must establish all damage, and then, until it is covered in full, the case doesn't close or someone needs to be put in jail. Nothing like this! In Georgia, for the first year we introduced procedural agreements and returned US$1.5 billion to the state. It was just a settlement deal between prosecutors and businesses. If there is any damage and litigation lasts for many years, we will settle it. We don't need people in prison. We need to put this on the conveyor belt. There will be a minimum agreement that suits both parties, case closed, move on," Saakashvili said at the first meeting of the National Reform Council.

The head of the Office of Simple Solutions reiterated the issue of the procedural settlement with the prosecutor had been discussed during a meeting with business CEOs, after which the prosecutor general created a special investment department: "The orders to this department she gave – I met with her on this subject the day before yesterday – are to close such cases. KPI [key performance indicator] of this department is how many cases unlawfully opened on businesses they've discovered and how many they've closed."

As reported earlier, owner of the UkrLandFarming and Avangard Group of Companies Oleg Bakhmatyuk offered the Cabinet of Ministers of Ukraine, the Deposit Guarantee Fund, the National Bank of Ukraine and the Office of the Prosecutor General a mechanism for repaying debts worth UAH 8 billion of VAB Bank and Financial Initiative Bank removed from the market in 2014-2015 that would save an enterprise important for the real sector of economy, which employs 27,000 workers, generates about 1% of the country's GDP and paid about UAH 7.7 billion (US$289.4 million) in taxes over the past three years. To this end, he proposed using successful world experience in resolving such debts. This way of resolving the debt issue was backed by the Deposit Guarantee Fund and international financial institutions, in particular the International Monetary Fund and the World Bank. The Cabinet of Ministers is developing a relevant bill that will be submitted to parliament in the near future.