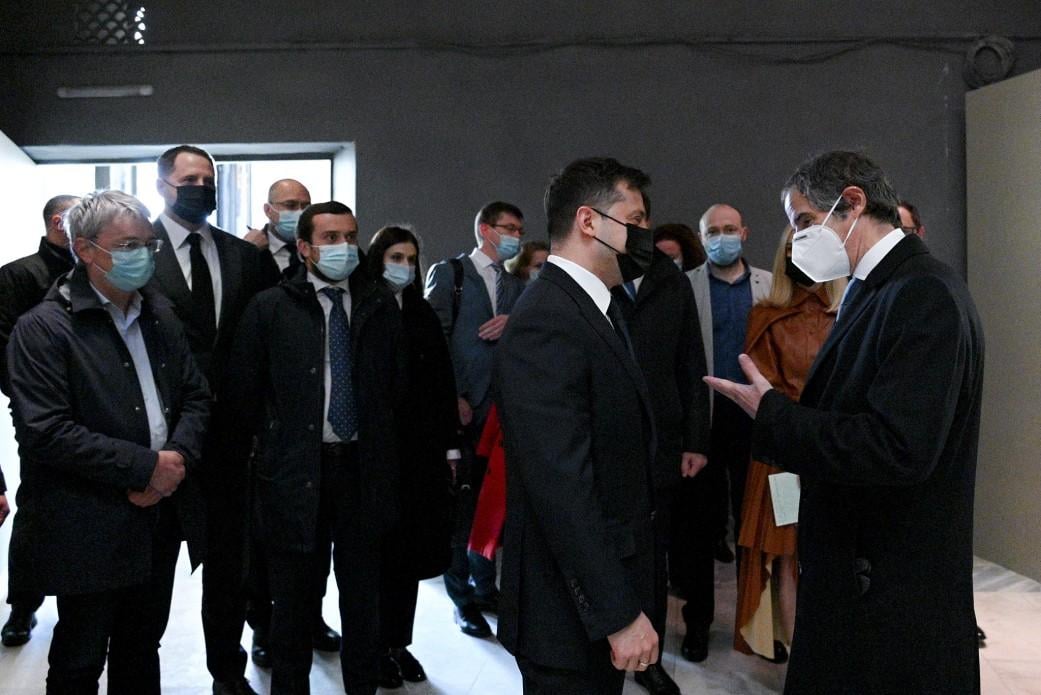 Ukrainian President Volodymyr Zelensky says the government is working on the development of the domestic nuclear industry to ensure energy security and synchronize the national power grids with those of the European Union, while seeking the localization of technological production of advanced SMR-160 reactors in the country.

He made the comment during a meeting with Director General of the International Atomic Energy Agency (IAEA) Rafael Mariano Grossi in Kyiv, as reported by the press service of the President's Office on April 26.

"Today I can confidently say that Ukraine is determined to develop its nuclear energy," the press service quoted Zelensky as saying.

According to him, Ukraine plans to switch to the use of modern nuclear reactors, including small-sized modular reactors, as it aims to localize technological production of SMR-160 in Ukraine.

Read alsoThirty-fifth anniversary of Chornobyl NPP tragedy: "Data on radiation doses was grossly manipulated. Among those who used to work here, only a few are still alive"Zelensky called Rafael Mariano Grossi's visit to Ukraine on the 35th anniversary of the Chornobyl accident symbolic. He thanked the IAEA and the international community for their attention to the Chornobyl issue since the first days of the tragedy at the nuclear power plant, as well as for their support in overcoming its aftermath.

"This applies not only to the implementation of technical assistance projects, but also to the exchange of experience and knowledge. I'd like to note the special role of knowledge in nuclear energy. Today, our experts have unique experience in the field of nuclear safety and nuclear decommissioning. Ukraine is ready to share this knowledge with the IAEA so that such accidents never happen again," he stressed.

According to Zelensky, the Chornobyl tragedy has changed the perception of nuclear energy worldwide, and now Ukraine is changing the perception of the disaster itself. Ukrainian experts are trying to give new life to the Chornobyl zone, which is a unique object where nature is gradually being revived after the man-made catastrophe. He expressed hope that after the end of the COVID-19 pandemic, the head of the IAEA, as well as scientists, environmentalists, historians, and tourists from around the world would be able to see it with their own eyes.

"We are also transforming the destroyed fourth power unit into an environmentally friendly system step by step. To do this, we have implemented an unprecedented engineering project – we've built an arch of a new safe confinement. We are completing the construction of a centralized spent nuclear fuel storage facility, which will increase the level of nuclear safety and ensure greater energy independence," he said.