The businessman has commented on the halt to his enterprises' work. 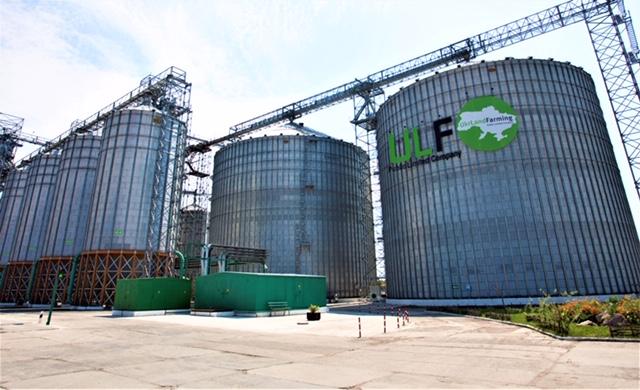 Ukrainian businessman Oleg Bakhmatyuk, owner of one of the largest Ukrainian agricultural holdings, spoke about the consequences of NABU's pressure on his enterprises.

Oleg Bakhmatyuk in an interview with the UNIAN news agency spoke about the developments in the 18-month conflict with NABU Director Artem Sytnyk. "In February it will be a year and a half into this saga, although, in general, our ugly story with NABU has been going on for more than five years. This shows impliocations of the system's war against a major successful company. The shutdown of our enterprises is a consequence of the legal, economic, and reputational terror. UkrLandFarming is a large company, it consists of 340 enterprises, it is a company that employs about 30,000 people, a company that is integrated into the international economic community through export transactions, a major player on the domestic market. We were actually forced to close 37 of our enterprises – this is about 6,000-7,000 jobs in the field of animal husbandry and about 6,000 jobs in poultry farming, jobs at feed factories and other related capacities," the businessman said.

"All bank limits are closed as a result of the terror, suppliers work with us on terms that are much worse than those for other manufacturers since they see risks in the company, we do not have access to a credit resource, and I am not even talking about the fact that in all normal countries the state supports both financially and politically such important commodity producers who provide jobs for so many people, but in Ukraine, UkrLandFarming has been targeted in a political vengeance effort on the part of the leadership of a state body. It is easy to talk about this, but it is a shame that 13,000 people lost their jobs in one day. And in order to save another 17,000 jobs, the company is forced to downsize. We still hope this terror will somehow stop, but so far, as we see, no one wants to do anything in this direction," says Bakhmatyuk.

According to the businessman, the livestock sector has suffered most since cattle breeding is not supported by government, these enterprises were supported by subsidies from the company. A number of poultry farms have also been closed down.

Bakhmatyuk said that at its best periods, the company had annually paid up to UAH 3 billion in taxes. "Now we can state we have paid UAH 1.5 billion less in taxes. We have reduced output by 25%-30% and, accordingly, the company's revenues and capital investment opportunities have fallen, while 13,000 people ended up on the street – this is the worst result," said Bakhmatyuk.

As reported earlier, the NABU case against former Deputy Governor of the National Bank of Ukraine (NBU) Oleksandr Pysaruk and Oleg Bakhmatyuk concerns VAB Bank obtaining refinancing from the NBU. The official findings of examinations, the conclusions of the Deposit Guarantee Fund, and the statements by the NBU refute NABU's accusations in the case. NABU Director Artem Sytnyk himself was found guilty by court of committing an act of corruption and put into the corrupt officials register by the National Agency on Corruption Prevention (NACP). The main witness in Sytnyk's trial was the advisor to Bakhmatyuk's sister.