Zelensky vows not to reduce Ukrainian army budget in 2021

Ukraine is building the army that will be able to defend Ukrainians on land, at sea, in the air, in cyberspace. 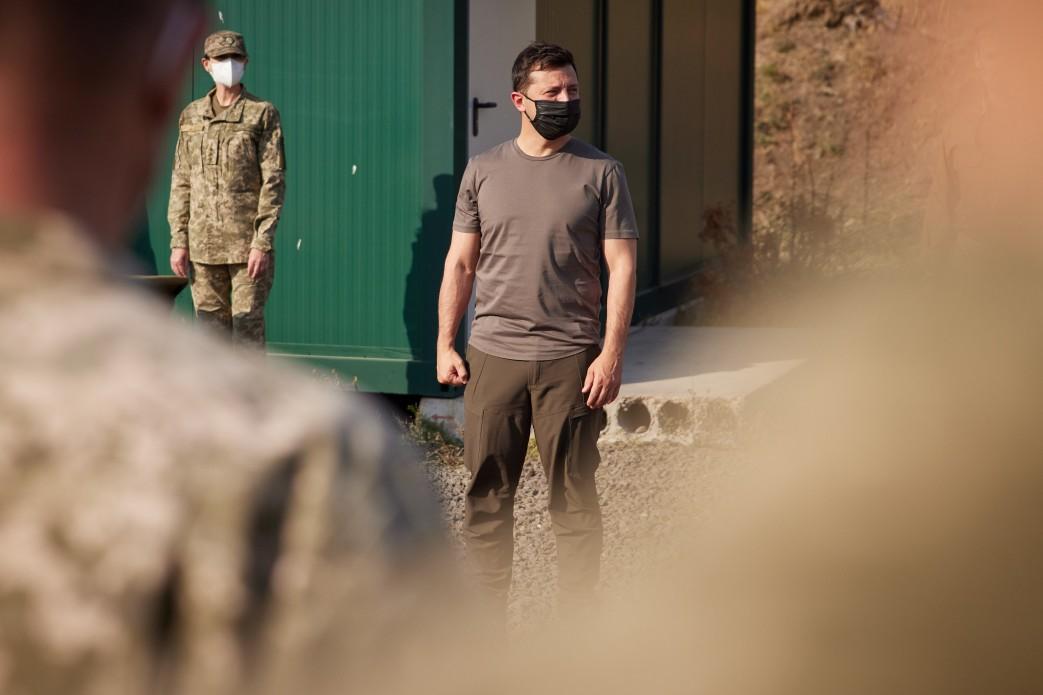 Ukrainian President Volodymyr Zelensky says he will not allow a reduction in budget spending on the Ukrainian army in 2021.

The comment came during Zelensky's annual address to the Verkhovna Rada, Ukraine's parliament, on October 20, as reported by an UNIAN correspondent.

Read alsoNSDC: Missile, aircraft production "priority" for Ukraine's defense industry"There were fake draft notices, horror stories that Zelensky would destroy the army. It was all there. But there are indisputable facts. In 2020, the budget for the army became the largest one in Ukraine's history," the President's Office quoted Zelensky as saying.

Moreover, during the coronavirus crisis, "it did not decrease by a single hryvnia," he said. "And please do not spread the 'betrayal' allegations that in the year 2021 we will cut the funds for the army. I will not allow this to happen," he added.

"At the very least, these funds will remain at this year's level. That is more than UAH 117 billion [US$4.1 billion]. That is UAH 15 billion [US$528.7 million] more than in the era of billboards about the army [reference to former President Petro Poroshenko's campaign]," he said.

Zelensky says the current government did not have such billboards, but "we are strengthening the army in deed."

In addition, the U.S. Congress has approved US$250 million in military aid for Ukraine, while an agreement worth GBP 1.250 billion has been signed with the United Kingdom to strengthen the Ukrainian Navy.

Read alsoUkraine to showcase upgraded Uragan MLRS at arms expo"We have received and are waiting for additional Island-class patrol boats. Together with Turkey, we will produce corvettes, engines and military drones, as well as develop air defense systems. We began manufacturing the latest samples of weapons: the control complex of the artillery division 'Obolon-A,' mortar complex 'Bars,' and artillery ammunition, in particular for jet systems," he added.

What's more, the Vilkha-M multiple rocket launcher (MRL) system and the Typhoon missile systems are being tested. The upgrading of the Hetman Sahaidachny frigate and preparations for the testing of the Centaur landing boats are underway.

Zelensky says the Neptune anti-ship cruise missile has been accepted for use by the Armed Forces, while the building of two state-owned Ukrainian naval bases to protect the Black Sea region has been launched.

"One can spread lies about our non-patriotic position, but for the first time since 2014, volunteers have received the status of combatants," he said.

According to Zelensky, foreigners who have defended Ukraine are granted Ukrainian citizenship. Also, Ukraine was recognized as an Enhanced Opportunities Partner – this status is part of NATO's Partnership Interoperability Initiative.

"We have transferred the General Staff to the standard structure of NATO member states," he said.

"We are building a Ukrainian army that can defend Ukraine on land, at sea, in the air and cyberspace. So that no one could ever think they could encroach on our sovereignty, territorial integrity or take away part of Ukraine's territory without firing a single shot. This will never happen," he stressed.

Zelensky's address to the Verkhovna Rada

If you see a spelling error on our site, select it and press Ctrl+Enter
Tags:budgetVilkhamissilesUkraineArmy