Families of protesters killed at the Maidan laid flowers to the memorial to the Heavenly Hundred Heroes. 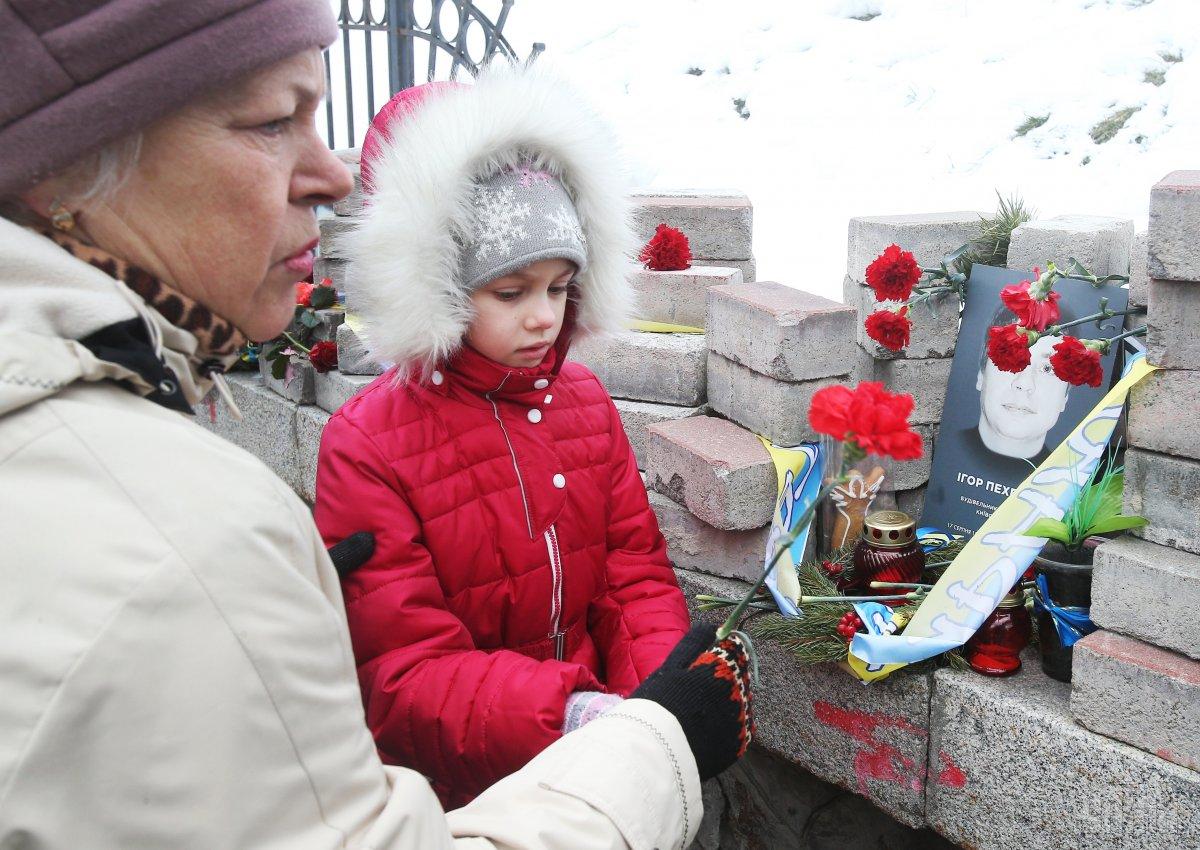 A flashmob called "I remember" took place on the Alley of Heavenly Hundred Heroes on Monday, where families and friends of killed participants in the Revolution of Dignity took part.

Read alsoMemorial to Heavenly Hundred Heroes vandalized in Kyiv center (Photos)In a flashmob, participants symbolically recreated the dramatic episode of the Revolution of Dignity – the moment when security forces started shooting at the Maidan protesters on Institutska Street on Feb 20, 2014, an UNIAN correspondent reports.

A group of people walked up Institutska Street and, once "shots" were imitated by a military band, fell on the ground. After that, "Maidan protesters" were approached by "medical volunteers", but they were already lifeless, and their bodies were covered with sheets.

After that, all the participants moved up the alley, accompanied by a military band performing the March of the Cossacks and the Anthem of Ukraine.

At the end of the action, families of those killed on the Maidan laid flowers to the memorial to the Heavenly Hundred Heroes. 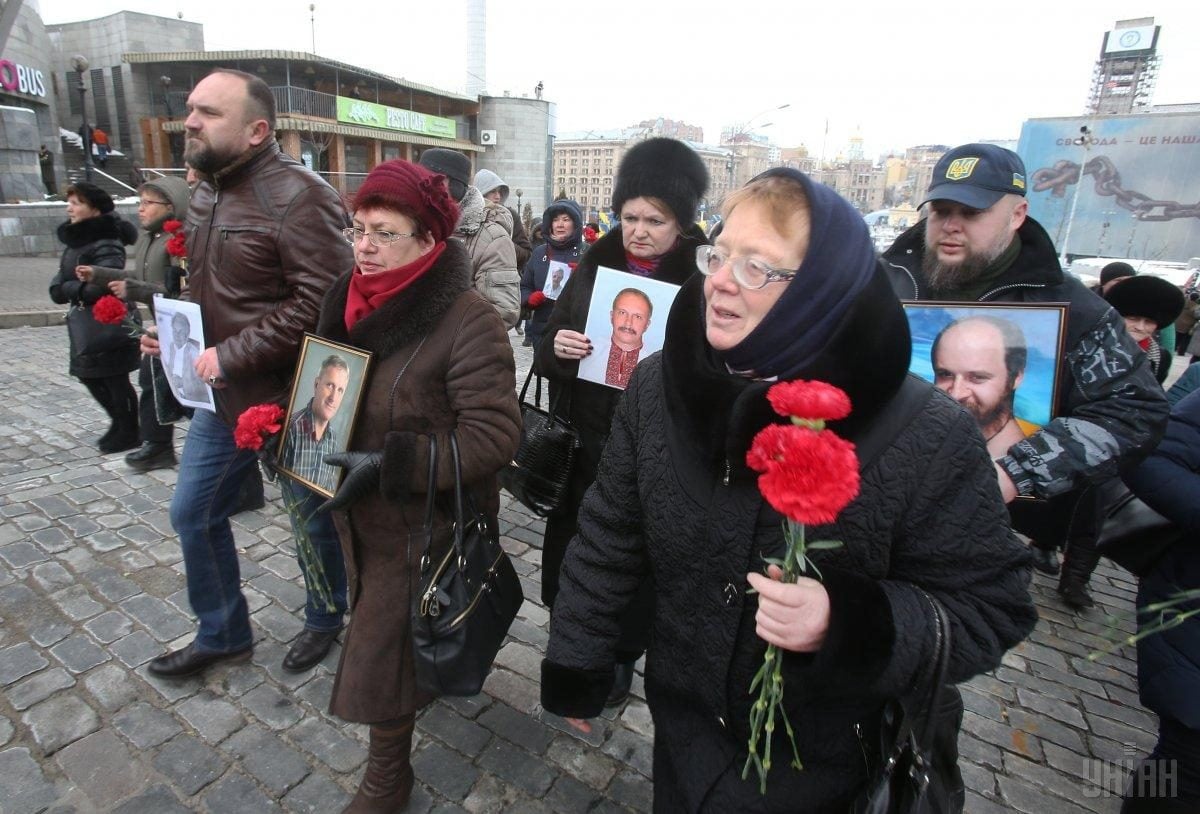 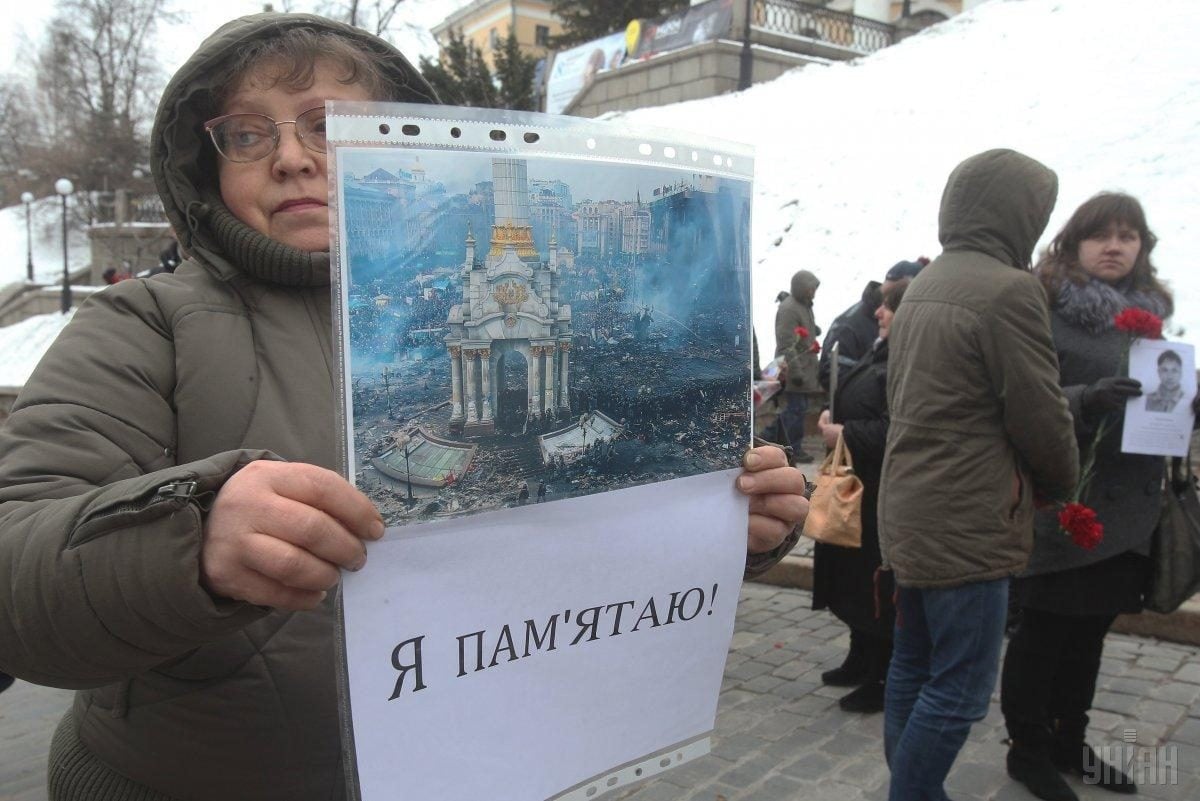 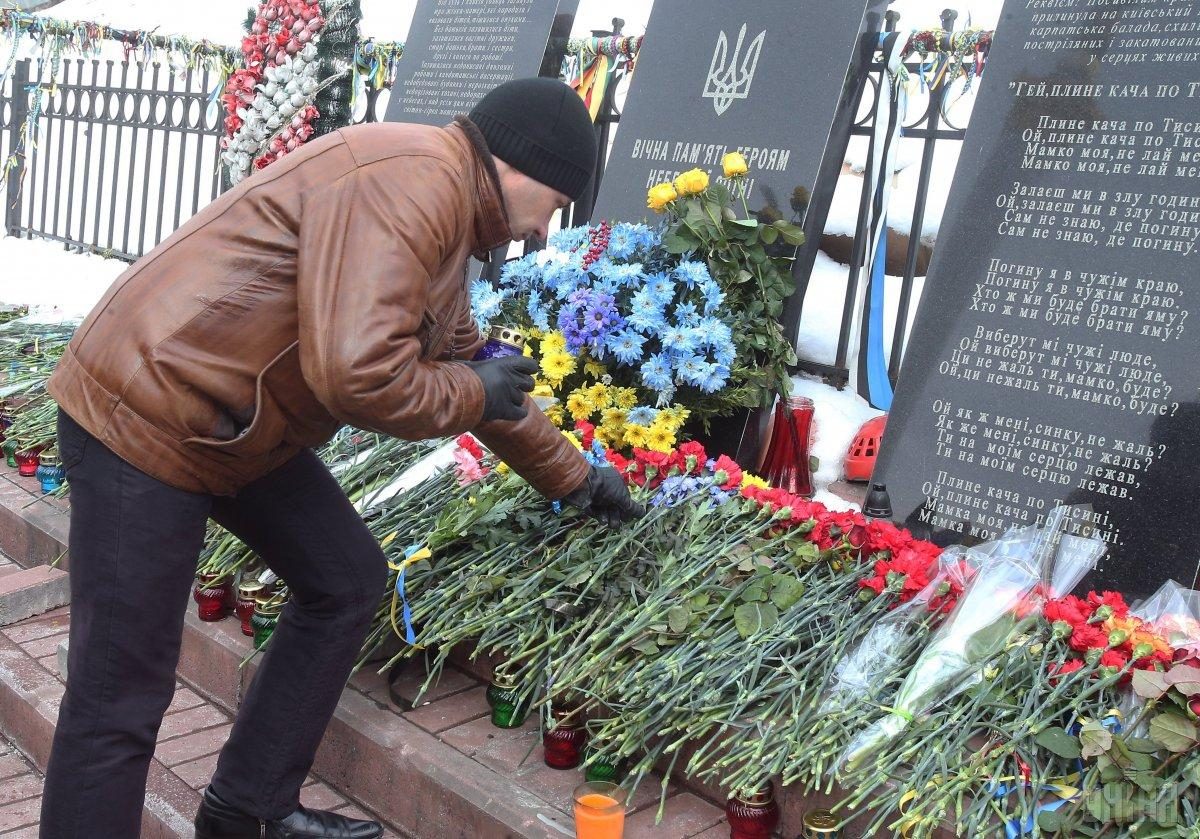 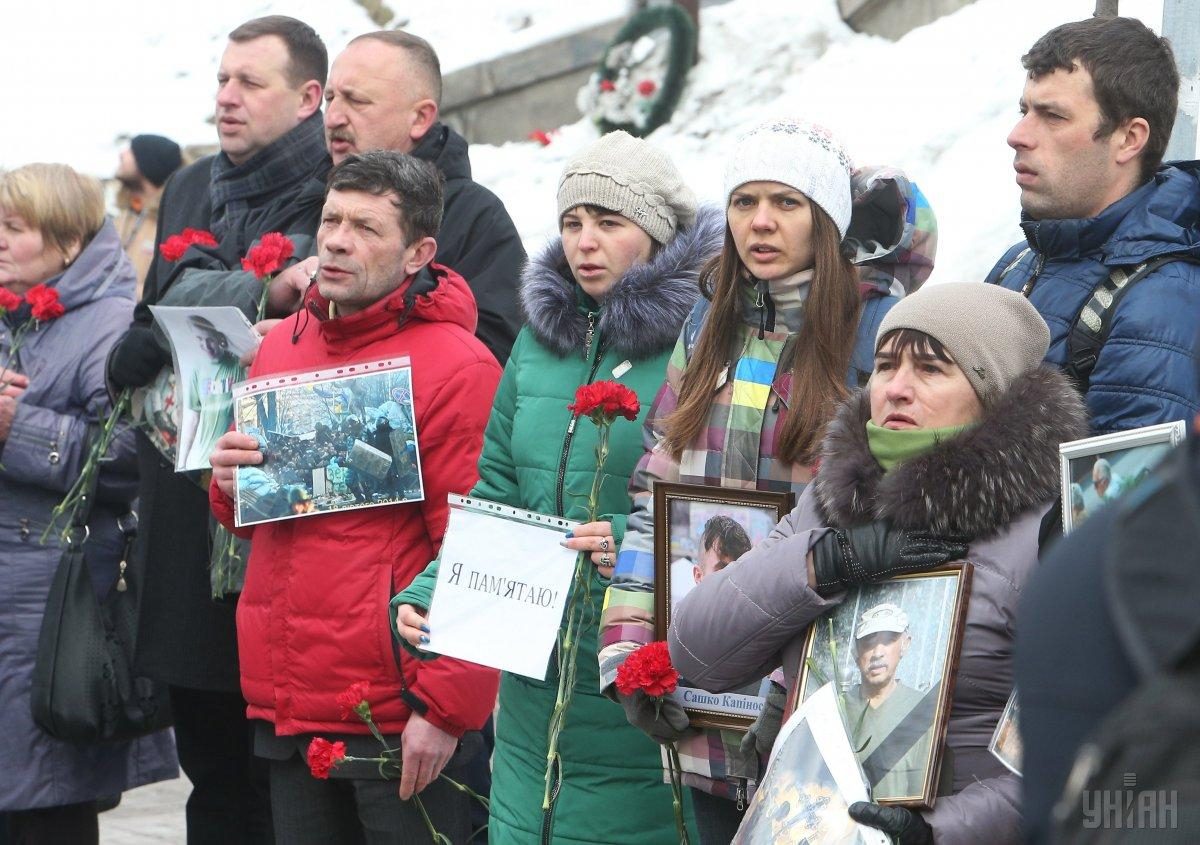 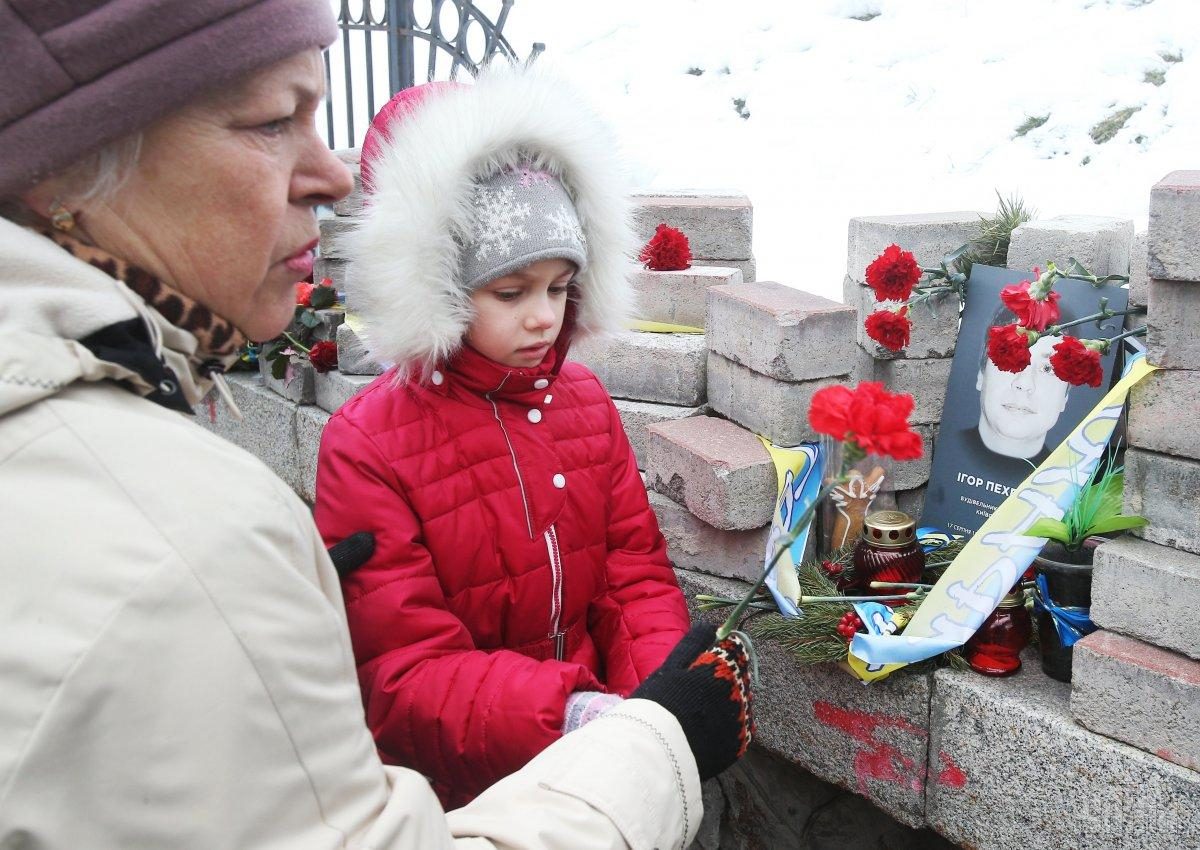 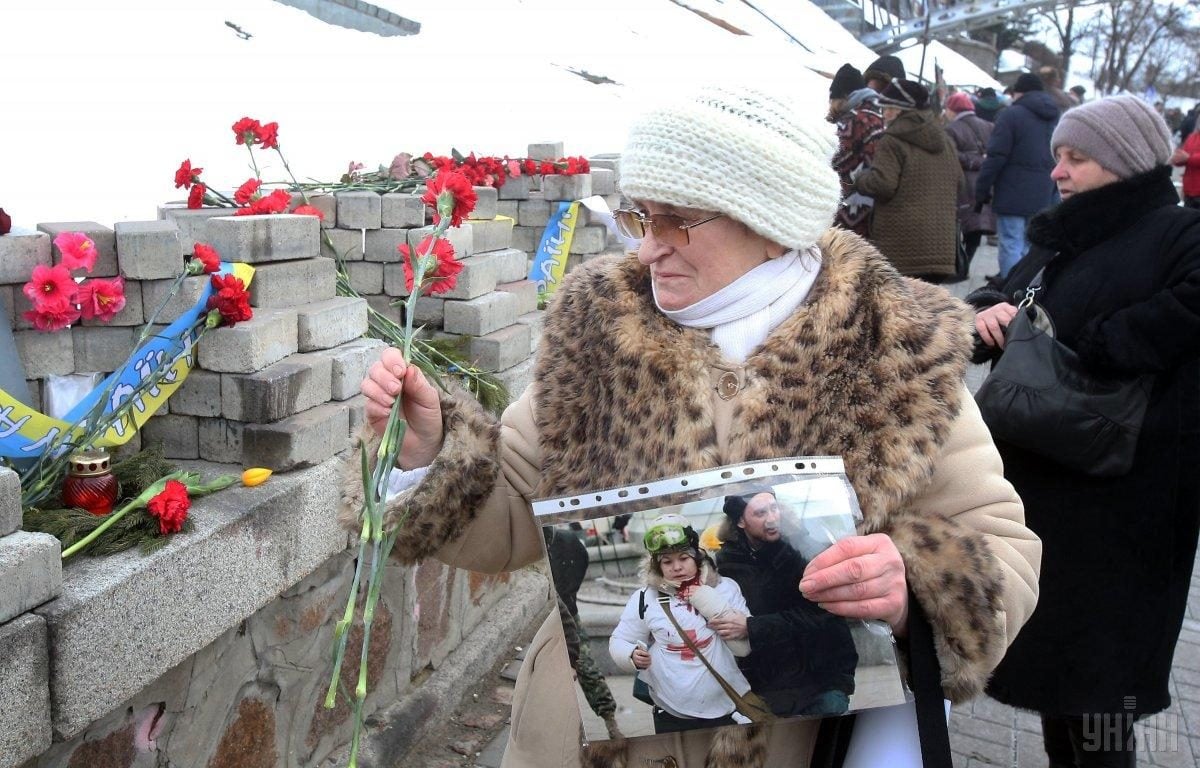 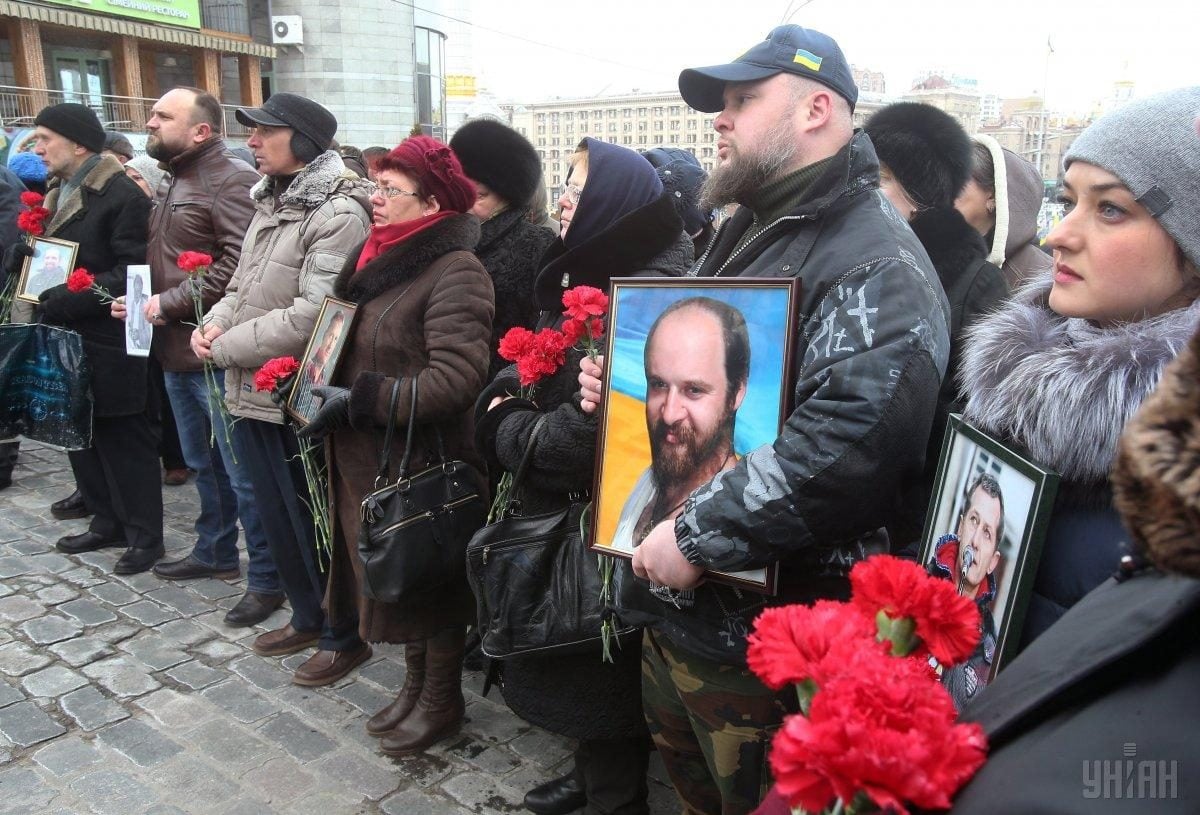 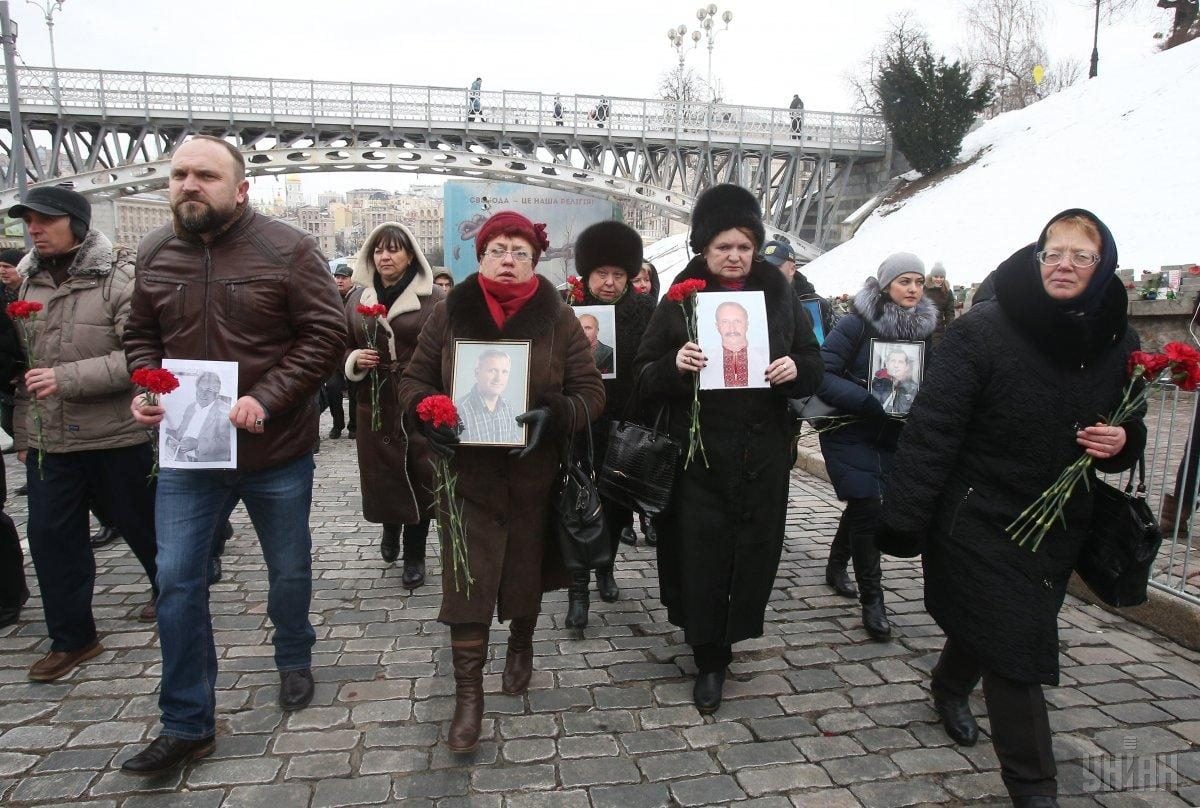 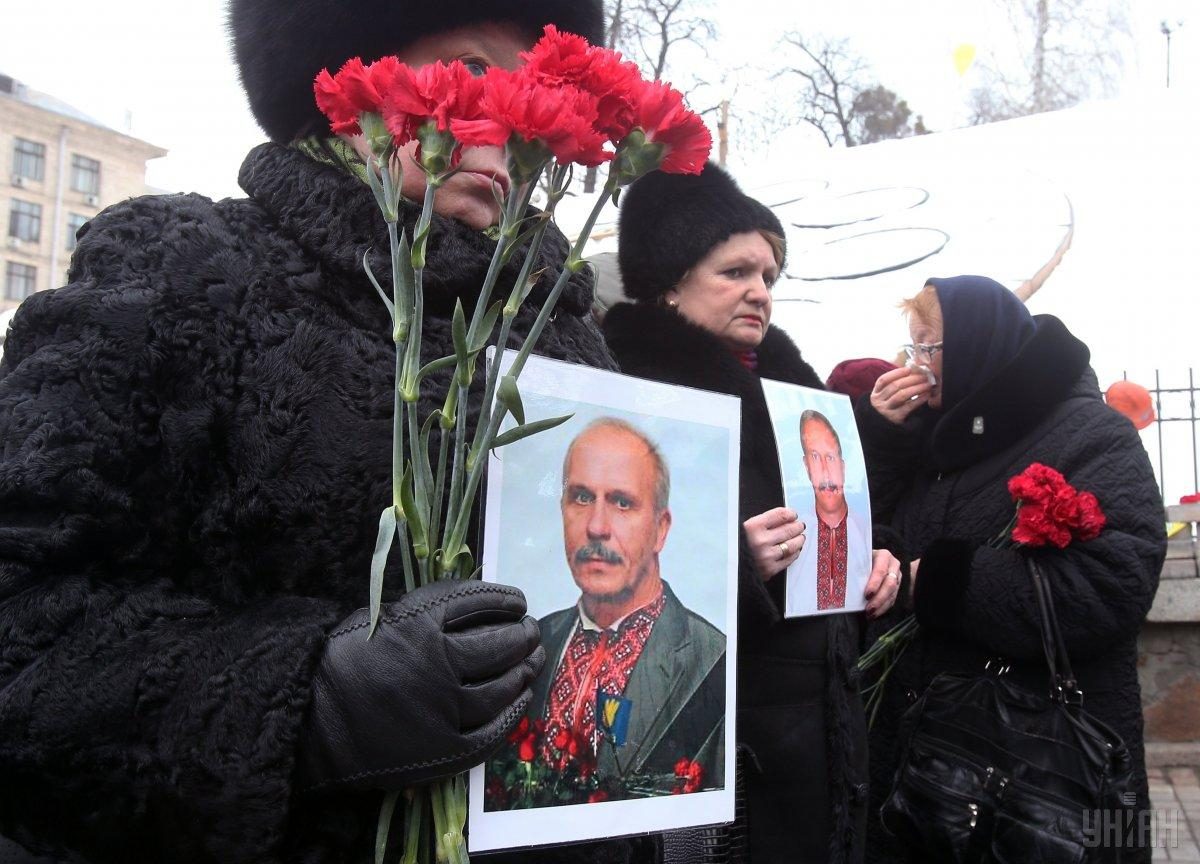 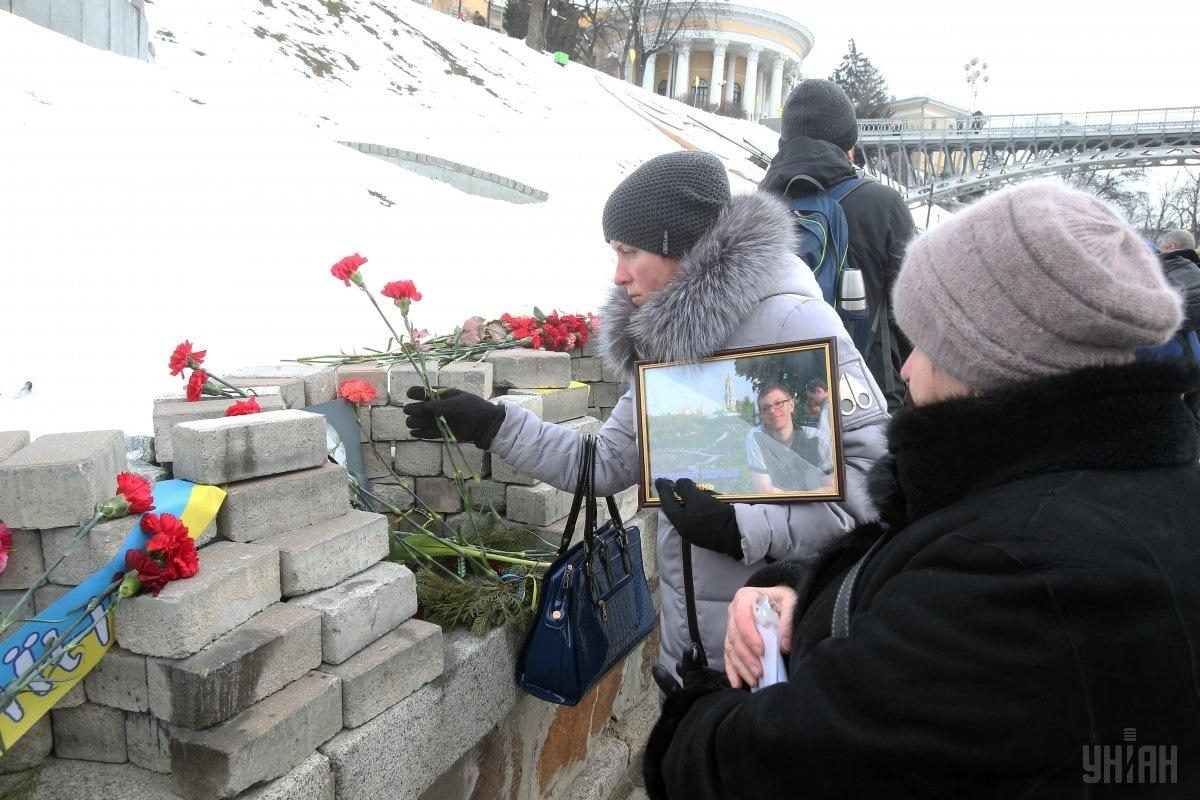 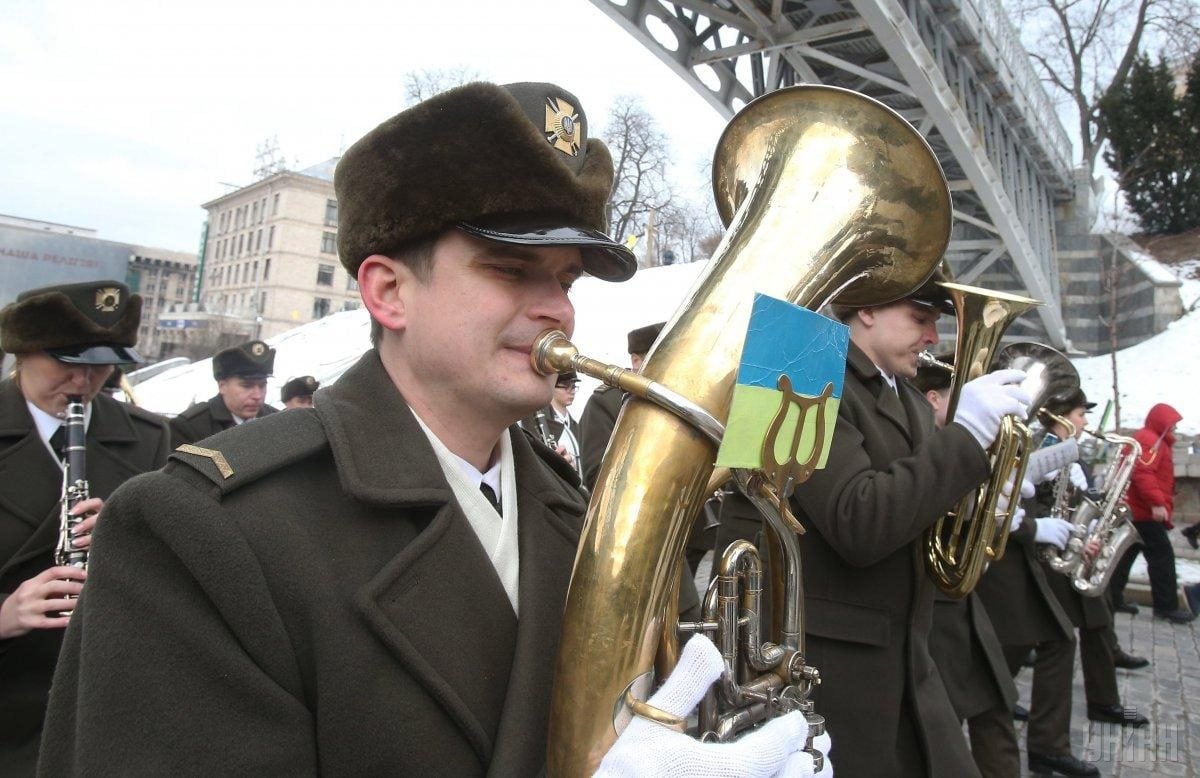 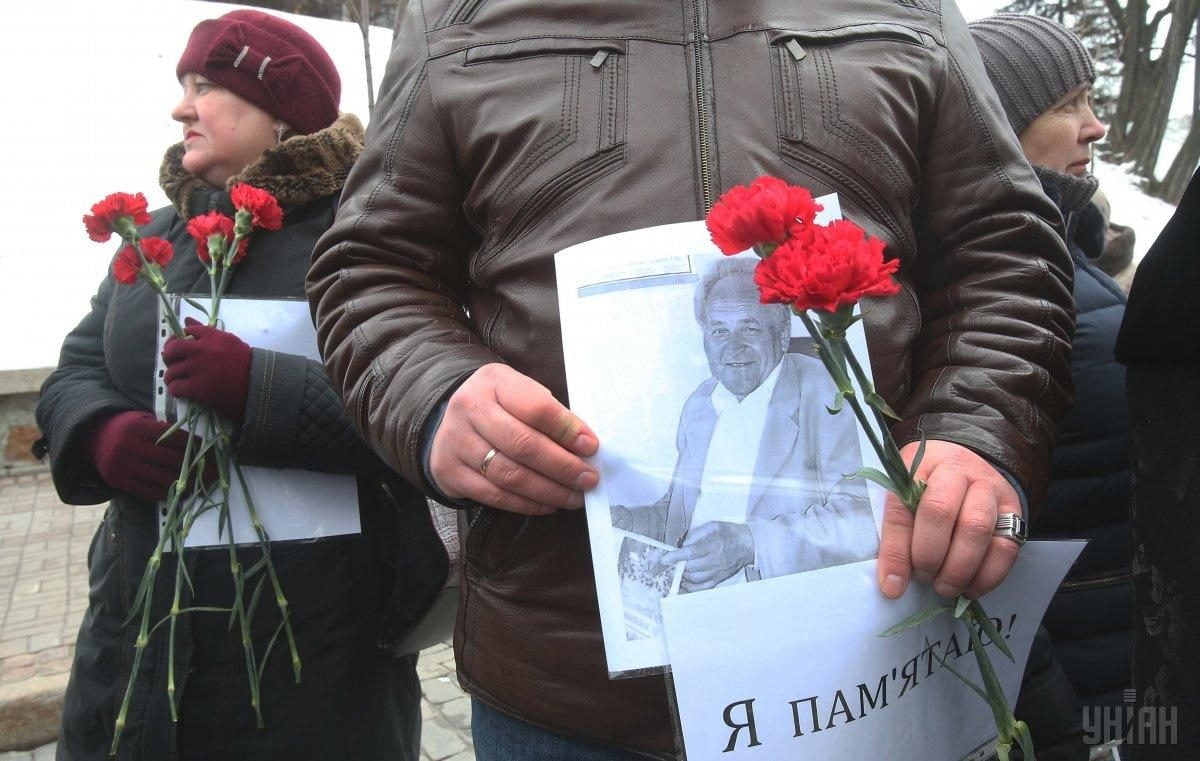 © Photo from UNIAN
If you see a spelling error on our site, select it and press Ctrl+Enter
Tags:UkraineKyiv