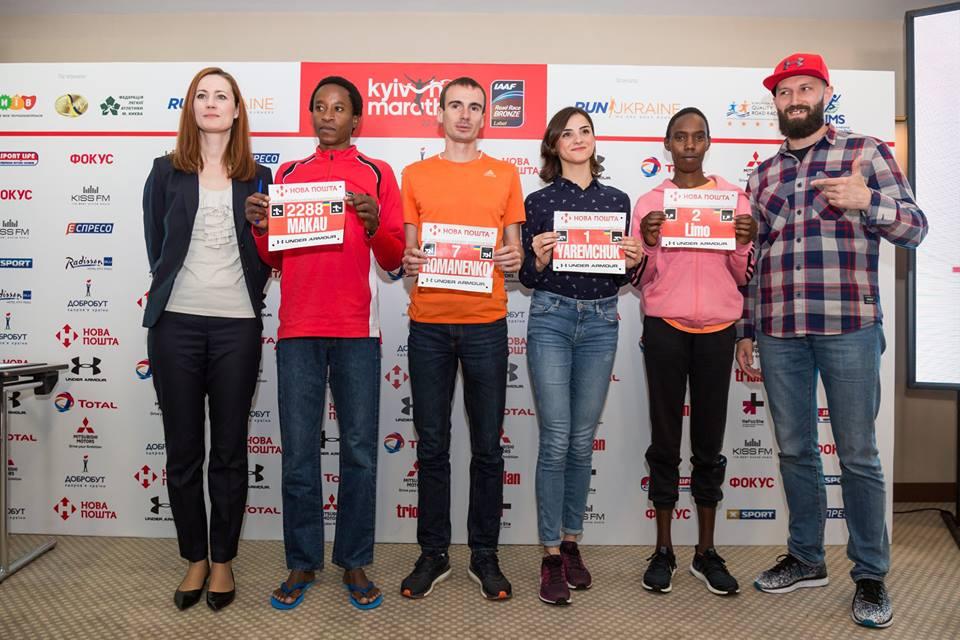 Ethiopia's Lencho Tesfaye Anbesa won the Nova Poshta Kyiv Half Marathon with a course record for the second year in a row, this time clocking 1:02:56 at the IAAF Bronze Label road race on Sunday (22).

Ukrainian 10,000m and cross-country champion Viktoriya Kalyuzhna won the women's race in 1:13:44, also a course record, in what was just her second race at the distance, the International Association of Athletics Federations (IAAF) wrote.

Unlike last year's event when Anbesa won by more than a minute, this time the Ethiopian won by just three seconds from Kenya's Nicholas Makau. The pair together through five kilometres (14:36) and 10 kilometres (29:30), at which point they had nearly a two-minute lead over Ukraine's Roman Romenenko in third.

By 15 kilometres, reached in 44:26, their lead over Romanenko had grown to more than three minutes. Anbesa's and Makau's pace slowed slightly during the final quarter of the race, but the defending champion had enough energy to kick ahead of his Kenyan rival in the closing stages to win in 1:02:56.

"I wanted to break the course record again this year," said Makau, who only arrived in Kiev late last night after numerous disruptions to his air travel. "I definitely plan to return to Kiev for a third time. I'd like to complete a marathon here too."

In the women's race, Kalyuzhna, Yuliya Shmatenko and Kenya's Marion Jepkirui Limo passed through five kilometres in 17:34 and 10 kilometres in 34:56. Shmatenko then started to fade and trailed her two opponents by 10 seconds at the 15-kilometre point, which Kalyuzhna and Limo reached in 52:29.

Kalyuzhna proved to be the strongest finisher and opened up a significant gap on Limo during the closing stages, winning in 1:13:41. Limo finished more than a minute behind in second place in 1:14:52 and was nearly caught by Shmatenko, who placed third in 1:14:58.

If you see a spelling error on our site, select it and press Ctrl+Enter
Tags:UkraineKyiv