Ukraine's government green-lighted a project to build a high-speed railway line between Kyiv and Boryspil in February 2018. 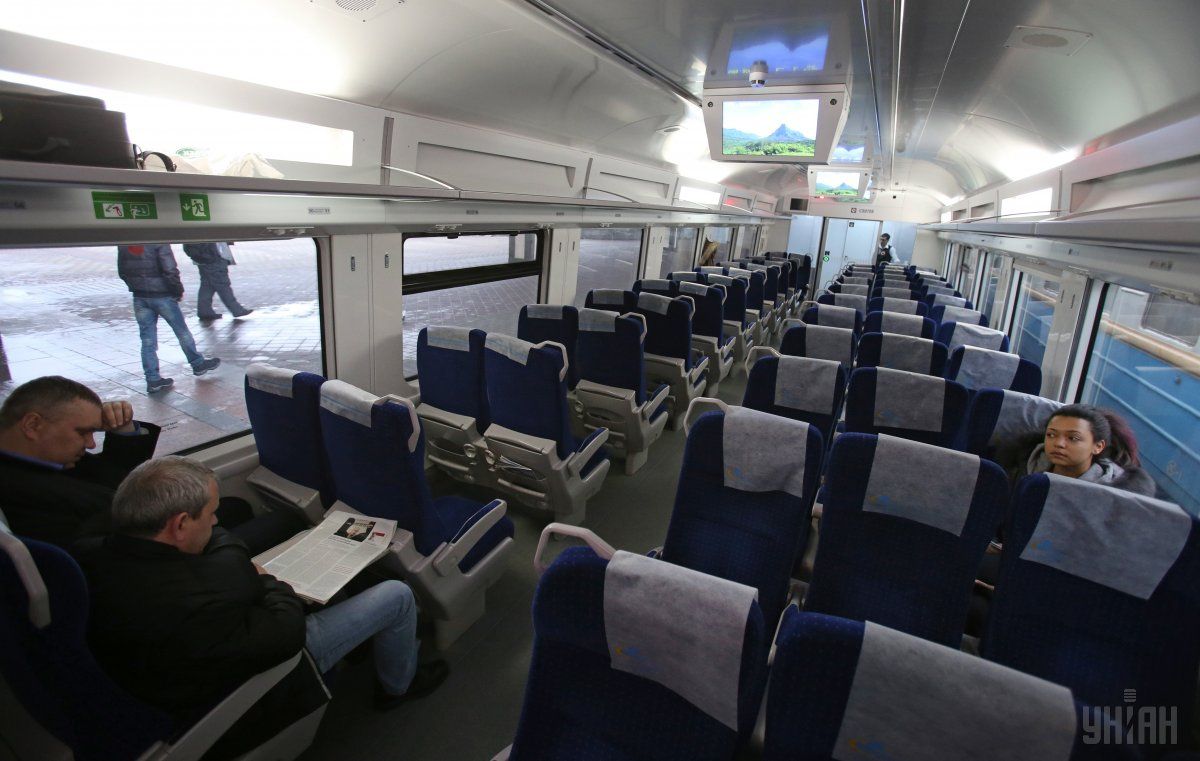 The railway line will run from Kyiv's Central Railway Station, via Vydubychi to Boryspil Airport's Terminal D / Photo from UNIAN

State-run Ukrzaliznytsia company will complete the construction of a railway line between the capital of Ukraine, Kyiv, and the country's largest airport, Boryspil, by December 1, 2018.

"The deadline is hard to be met, but the facility will be put into operation by December 1," Acting CEO of Ukrzaliznytsia Yevhen Kravtsov told Ukrainian Prime Minister Volodymyr Groysman, the Cabinet's press service has reported.

"The design of the station is undergoing final approval," Kravtsov added.

"It is important to complete the project by December 1 and give passengers an alternative route to get to the airport or from the airport, via the city, to other cities of Ukraine," Groysman commented.

As UNIAN reported, the Cabinet of Ministers in February 2018 supported Ukrzaliznytsia's project to build a high-speed railway line linking Kyiv and Boryspil.

According to the government, demand for air transport services is growing. The airport's annual passenger traffic in 2017 hit about 8 million passengers. But until now, passengers do not have an alternative service in addition to transportation by road to get to the airport or from the airport to Kyiv.

According to the blueprints, the railway line will run from Kyiv's Central Railway Station, via the Vydubychi station to Boryspil Airport's Terminal D.

If you see a spelling error on our site, select it and press Ctrl+Enter
Tags:KyivUkrzaliznytsiarailwaysBoryspilairporttrain