UEFA agrees with the Kyiv authorities' position that Gazprom's logo cannot be displayed in the city. 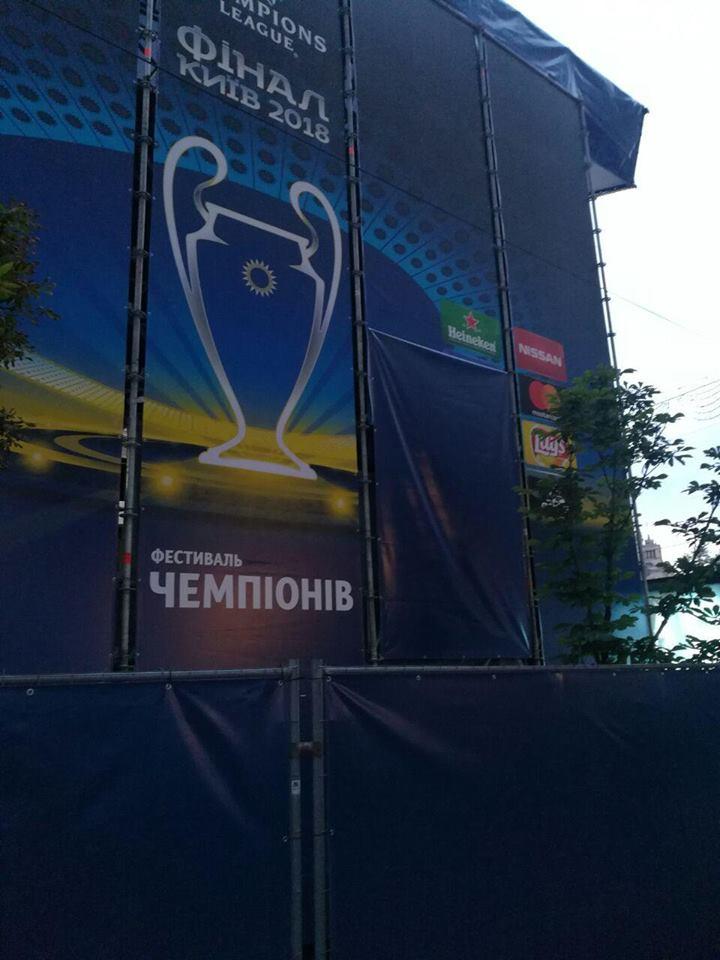 Kyiv City State Administration's main representative in preparations for the UEFA Champions League final in the Ukrainian capital Andriy Myroshnichenko has announced that a banner with Russian Gazprom's corporate logo was dismantled in the city.

"No need for mass protests, acts of vandalism and graffiti shows. UEFA has agreed with the position of the KSCA that it is impossible to use the logos of Gazprom even as information about the partners of the Champions League," he wrote on Facebook on May 22.

"Everything has been dismantled. A new banner is being printed, it will replace the dismantled one. We thank everyone for understanding," he said.

Previously, the city authorities, referring to Kyivans' protests against the use of the Russian company's logo, promised not to post the banners along the streets of the city. The logo was expected to be shown at the Olimpiysky Stadium only.

Russian aggression against Ukraine began in March 2014 with the annexation of the Crimean peninsula, which was followed by the war unleashed by Russia in Donbas in April 2014, which is still ongoing.

If you see a spelling error on our site, select it and press Ctrl+Enter
Tags:#Gazprom#Kyiv#UEFA#ChampionsLeague