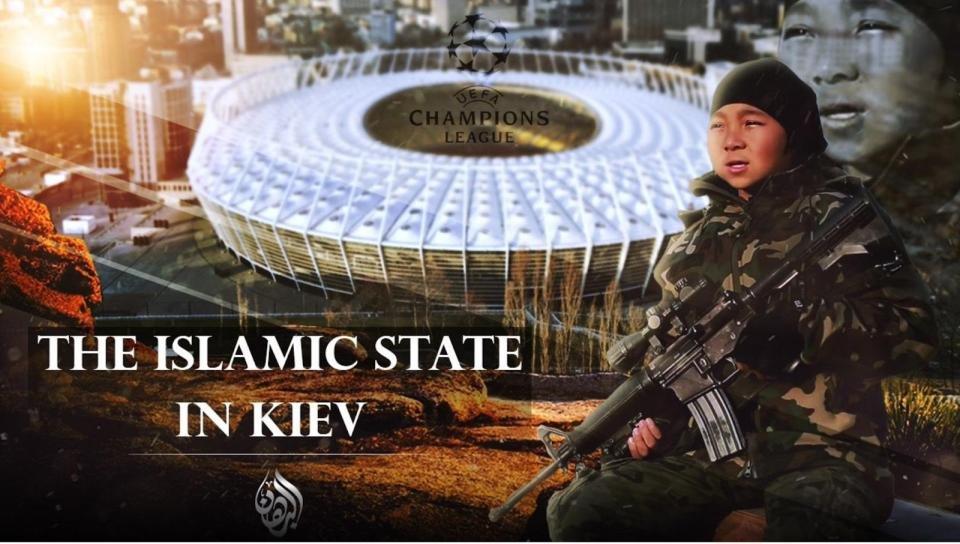 Sick ISIS fanatics have threatened to carry out van and knife attacks on Liverpool and Real Madrid fans at the Champions League final in Kyiv.

The warnings come from depraved extremists in private chat groups on the encrypted messaging app Telegram, The Sun can reveal.

They call on lone wolf terrorists to carry out blade attacks and car rammings in the Ukrainian capital, which is hosting the final between holders Real and five-times winners Liverpool.

One terror expert told The Sun that it is likely ISIS want to build PR momentum going into the World Cup in Russia - where it known terror cells are embedded.

Ollie Wiltshire, Director of Intelligence for Europe and the Americas at Max Security Solutions, in Tel Aviv said: "Although ISIS likely does not have the capabilities to carry out a mass casualty attack in Kyiv, the push from their supporters to threaten high-profile football matches should be taken as an indication of their intentions to target the 2018 World Cup in Russia.

"We know that cells are operating in many major Russian cities and that the Russian security services have already arrested a series of militants looking to attack the games.

"The threat of an Islamic State-linked militant attack targeting the tournament in Russia is elevated."

Thousands of Liverpool and Real fans are expected to travel to Ukraine – a country which is harbouring hundreds of fleeing jihadis.

Around 500 mainly Russian ex-ISIS fighters who have fled the frontline in Iraq and Syria and are dodging security services in their homeland.

The brainwashed extremists have used lax border controls to slip into Ukraine – often via Turkey.

On May 18, ISIS propaganda chiefs issued a direct threat to strike at the showpiece match in Kyiv next week.

And a second poster shows a fighter in civilian clothes with a rifle strung across his back and has the warning: "We will be there… Islamic State.

The graphic carries logos for the UEFA Champions League and the World Cup in Russia.

Following the collapse of ISIS in the Middle East, leaders have called for lone wolf attacks on high profile targets.

Observers in Ukraine believe there are 400 to 500 ex-jihadists from Syria and Iraq in hiding there.

The majority it's thought are Russian-speakers from Russia or Central Asian states.

They make their way to Ukraine because they are able to communicate and make arrangements to move on.

"They come here to get passports - Ukraine is a corruption hub," says writer and columnist Ekaterina Sergatskova.

"If you have real Ukrainian passport then you can then get a biometric passport and you can move to Europe."

If you see a spelling error on our site, select it and press Ctrl+Enter
Tags:attackKyivISISthreatChampionsLeague