Thousands of Liverpool fans yesterday made the trip to Ukraine ahead of this weekend's showpiece final. 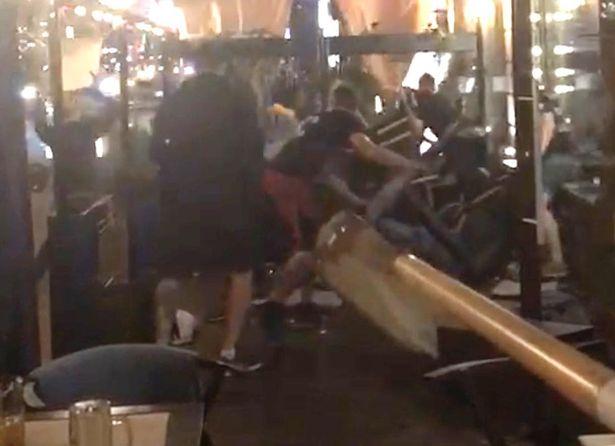 A group of 20 hooligans launched a terrifying attack like a "pack of dogs" just after 8.30pm on Thursday after Liverpool fans traveled to the Ukrainian capital.

A table of British supporters shielded themselves with tables and chairs at the Rooster restaurant as the fans – wearing hoods and skull mask-emblazoned bandanas across their faces – stormed the establishment, The Mirror reported. 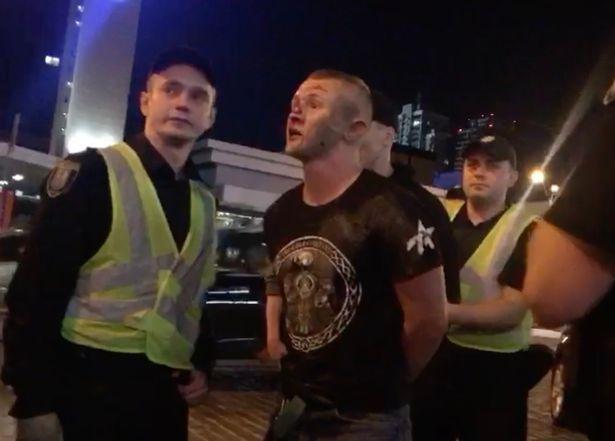 And the traveling supporters fled over barriers in terror as glasses, chairs and tables were hurled at them.

They were left covered in blood – with cuts and wounds to their heads and neck – and were forced to take cover.

They were left shocked as Ukrainian police tended to their wounds and arrested just two of those responsible. 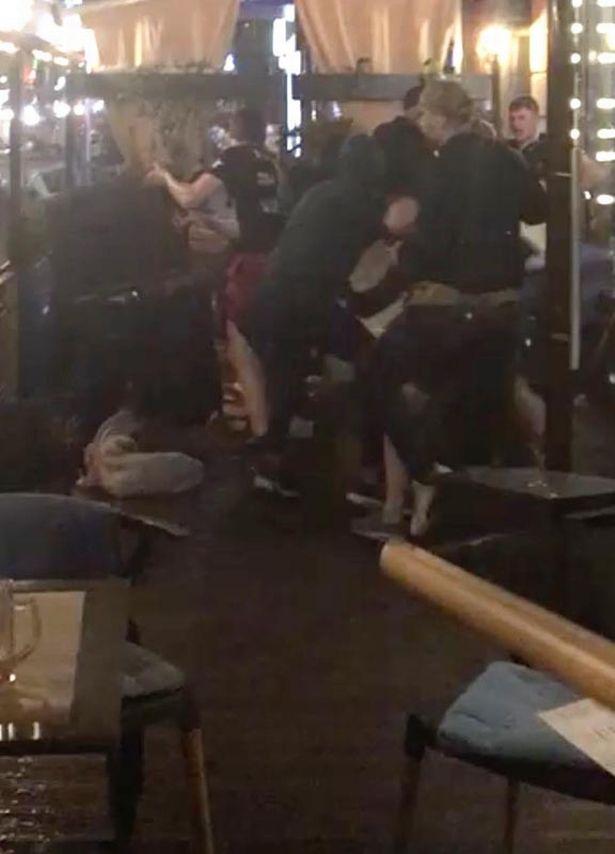 Jason Frost, 50, from Nuneaton, was attacked just hours after arriving in Kyiv after a traveling through Istanbul to watch Jurgen Klopp's men take on the Spanish side on Saturday.

He said: "We were having dinner, completely minding our own business. I didn't come here for this. I came to watch the football."

"We've been here for four hours and then we're getting attacked. They came at us like a pack of dogs. It just kept coming. It was terrifying." 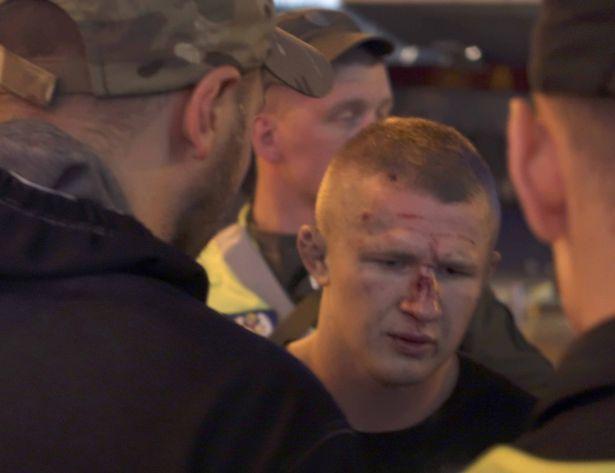 Thousands of Liverpool fans yesterday made the trip to Ukraine ahead of this weekend's showpiece final.

If you see a spelling error on our site, select it and press Ctrl+Enter
Tags:attackKyivChampionsLeague