Meanwhile, the excavations have been frozen beneath the surface of Poshtova Square. 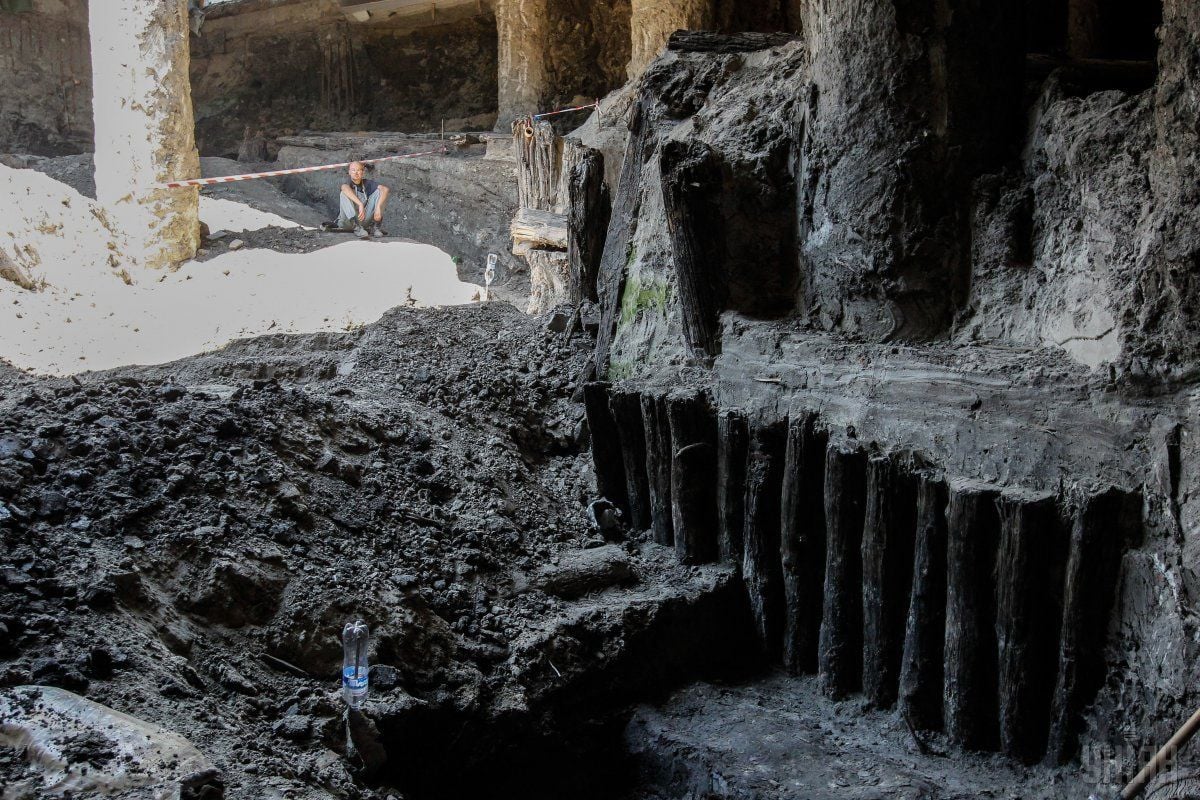 After the Kyiv City Council in April 2018 made a fateful decision to create a full-fledged archeological history museum at a randomly-discovered medieval street in central Kyiv instead of yet another shopping mall, the latest developments made a U-turn, enraging local activists.

On June 21, the Council rolled back a previous decision in favor of a shopping mall project suiting the interests of a shady investor, according to Euromaidan Press.

Activists led by the charismatic Anabella Morina are not buying it. The place might just be the location of the legendary baptism of the Kyivan Rus, a medieval kingdom which stretched from the Baltic to the Black Sea. In a bid to stop the triumph of commerce over history, they have occupied the location of the potential museum – or shopping mall.

The Kyiv city council’s new decision claims to “guarantee the preservation of the artifacts, which were found during the archaeological excavations on the construction site of the future shopping mall on Poshtova Square in Kyiv.” Kyiv mayor Vitaliy Klitschko announced that the goal of the adopted “compromise project” is to preserve the discovered artifacts, continue the archaeological excavations, and to organize a “public space” at the site.

Meanwhile, the excavations have been frozen beneath the surface of the square.

The investor, Hensford Ukraine LLC, agrees to dedicate a small section of the shopping mall it is constructing to display a portion of the findings. The company is run by Andriy Kravets, who headed the State Management of Affairs during the rule of President Yanukovych.

“Public space,” Morina says, is a far cry from the museum she and fellow activists want. Hensford’s plan for the center envisions a mere 100m2 for a “museum of ancient streets.” Meanwhile, the area of only the uncovered customs office measures 800m2.

Thus, the activists’ main demand is to terminate the city’s contract with Hensford Ukraine. But that is specifically what the Kyiv authorities have refused to do. Mayor Klitschko has claimed the company will need to be compensated UAH 500 million ($19 million), as it has threatened to sue the city in the High Court of London.

Anabella Morina, however, told Euromaidan Press that this sum is vastly inaccurate and that the investor spent only UAH 6 million ($229,000).

On the day of the vote, June 21, urban activists tore down the construction fence on Poshtova Ploshcha and established what they call a “termless protest” right above the excavations taking place beneath the level of the square.

Petitions have been sent to the president and prime minister, asking to preserve the history of this place for generations to come. Meanwhile, a local activist Anabella Morina on June 21 launched a hunger strike and set up a tent at the site, planning to hold the strike until July 28, the day of the baptism of Kyivan Rus, the event she believes took place right at the spot she is fighting to turn into a museum.

Another way the activists plan to achieve their goal is to petition Ukraine’s central organs to grant the archaeological hotspot on Poshtova Ploshcha the status of a national monument, Olha Rutkovska, who represents Ukraine at the International Council on Monuments and Sites (IKOMOS), told RFE/RL.

Ukrainian Minister of Culture Yevhen Nishchuk has promised to ensure that the archaeological site at Poshtova gains this national status. But thus far, promises of state and city officials to preserve the Kyivan Rus era find have not materialized.

If you see a spelling error on our site, select it and press Ctrl+Enter
Tags:UkraineKyivactivistsconstruction