The project will be implemented as part of the new municipal development strategy. 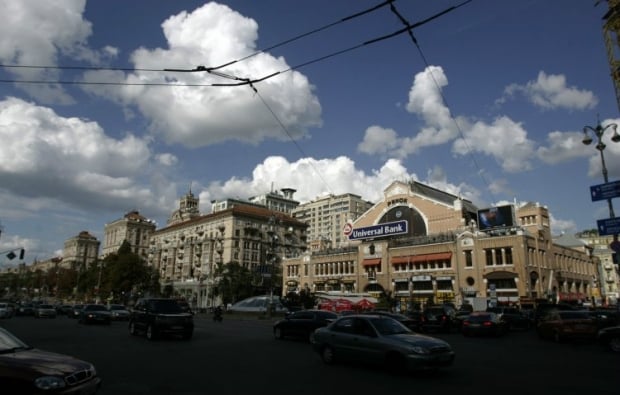 "It is planned to expand the pedestrian zone for the capital's residents and visitors, who will be walking from Khreshchatyk to Bessarabka, by blocking the street, now filled with parked vehicles," the official said on radio.

The project will be implemented within the new municipal development strategy.

"In general, Kyiv used to be a city for cars. But sticking to the old strategy will only lead to worsening of the transport situation, which is already at the brink. So, we are now developing pedestrian areas, installing parking bollards so keep vehicles off sidewalks," Rakhmatullin said.

According to the official, the Pedestrian Podil project is being implemented in Kyiv as part of the new transport policy.

As UNIAN reported earlier, on May 1, in Kyiv's Podil district, a pedestrian zone on Kontraktova Ploshcha ("Contact Square") and Petra Sahaidachnoho Street was expanded and the traffic scheme upgraded.

It was also planned to change traffic direction on Andriyivska Street and the Borychiv Descent – Naberezhno-Khreshchatytska Street – Bratska Street passage, which would increase traffic capacity of Poshtova Ploshcha ("Postal Square").

If you see a spelling error on our site, select it and press Ctrl+Enter
Tags:UkraineKyivtrafficdevelopmentpedestrians