Coworking and conference rooms will be available in Maidan Plaza. 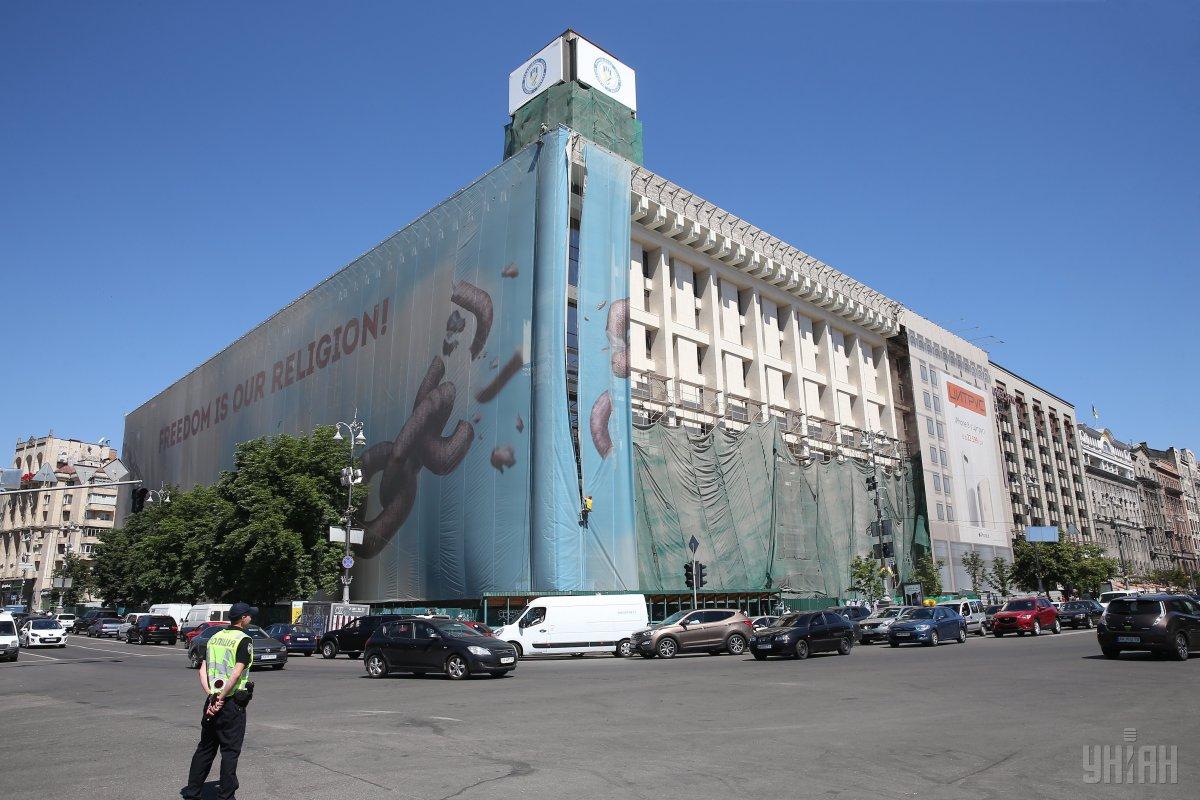 The Maidan Plaza business center will open in Kyiv's Trade Unions Building on Khreshchatyk Street after repairs that lasted since Euromaidan events late in 2013.

Maidan Plaza will house offices, coworking spaces and conference rooms, according to the OfficeStar company, which provides services for choosing offices in the capitals' office centers.

Monthly rents will start from $600 per office for 1-5 people.

As UNIAN reported, the well-known 'Freedom is Our Religion' banner hanging over a year on the facade of the building was removed on May 30, 2018.

Earlier, the repaired facade of the Trade Unions Building was expected to be unveiled on March 1, 2018. However, it was rescheduled due to weather conditions.

It is planned the building will provide a place for the Euromaidan museum and there will be no cafes or entertainment facilities.

UNIAN memo. During Euromaidan protest rallies late in 2013 and early in 2014, the building was occupied by protesters and turned into their main center housing political headquarters, a press center, security center and the kitchen. A number of important Euromaidan events, including recurrent attacks and provocations by police, occurred in and around the building. It was completely burnt down at night on February 18-19, the day before the mass sniping fire took place during the 2014 Ukrainian Revolution of Dignity. Its repairs began in October 2014. The Europolex company is the developer of the project.