The incident happened not far from the buildings of Ukraine's parliament and government. 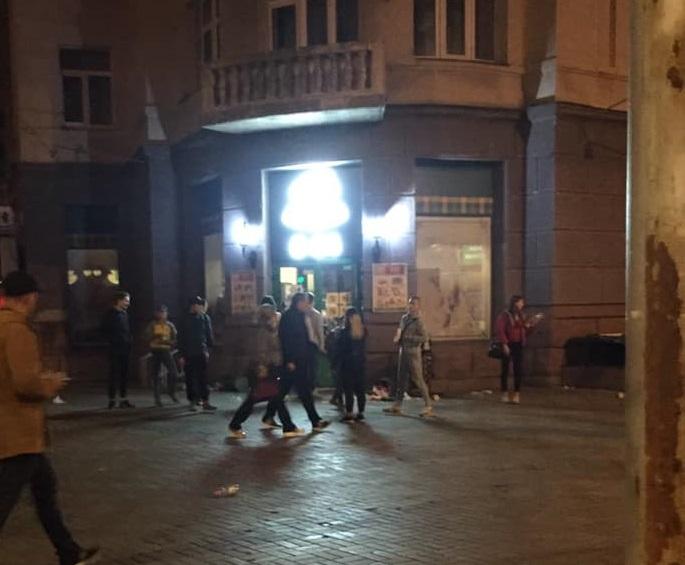 The children fled to Mariinsky Park /  Photo from facebook.com/abakalinskaya

A mob of teens reportedly robbed a convenience store on Hrushevskoho Street in Kyiv's government quarter near Mariinsky Park on Sunday evening.

"I have just witnessed a very weird scene on Hrushevskoho [Street]. Children numbering about 50-70 individuals came running from the side of Arsenalna [metro station] and all at once robbed the store in front of Mariinsky Park," former journalist Angelina Bakalinskaya said on Facebook on October 7.

The children left the store carrying bottles, chewing gums, some of the stolen goods had anti-theft tags. They threw some goods away while walking down the street.

A car of a private security company arrived at the scene of the accident, but there were no patrol police. Meanwhile, the children fled back to the Arsenalna metro station.

"I'm frankly a little bit shocked at such a scene and the absence of police. There are usually patrol police around every corner in this area, as the Verkhovna Rada [Ukraine's parliament] and committees of the Cabinet of Ministers are one block from here," she wrote.

If you see a spelling error on our site, select it and press Ctrl+Enter
Tags:Kyivrobberystore