Klitschko: ambulance response time in Kyiv down from 1 hour to just 10 minutes

The result has been achieved over the past 2 years, the mayor says. 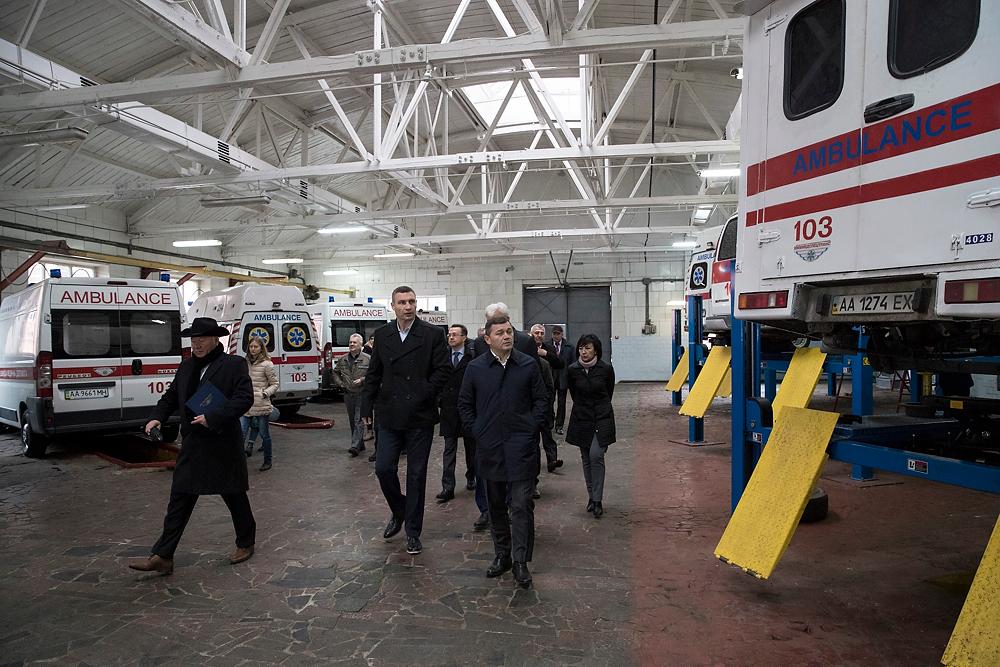 Kyivmedspetstrans is a 24/7 provider of ambulance vehicles to the central Emergency Medical Aid Center and all healthcare facilities across the city.

UAH 190 million is set to be allocated from the city budget for the purchase of ambulances in 2018-2019, Kyi Mayor Vitaliy Klitschko said during a visit to the Kyivmedspetstrans, a municipal organization which this year marks its 135th anniversary.

The mayor examined the latest-generation ambulance vehicles and repair premises, as well as the site where a new residential building is being erected for the city's medical teams.

“It is planned to allocate UAH 190 million for Kyivmedspetstrans to purchase vehicles this and next year,” the mayor said.

Kyivmedspetstrans is a 24/7 provider of ambulance vehicles to the central Emergency Medical Aid Center and all healthcare facilities across the city.

In particular, as the mayor noted, over the past year, Kyivmedspetstrans responded to 965,000 emergency calls.

The emergency response time over the past 2 years has decreased significantly and is now only 10 minutes compared with 60 minutes four years ago, Klitschko noted

This figure puts Kyiv in the world's TOP5 in this regard.

There are 214 ambulance vehicles at the company's disposal at the moment.

"The city needs another 100 such cars. And we plan to purchase a considerable part of the required ambulance vehicles this and next year,” the mayor emphasized.

If you see a spelling error on our site, select it and press Ctrl+Enter
Tags:KyivKlitschkoemergencyfundingvehicles