The prime minister noted it was possible to implement the project at a lower price. 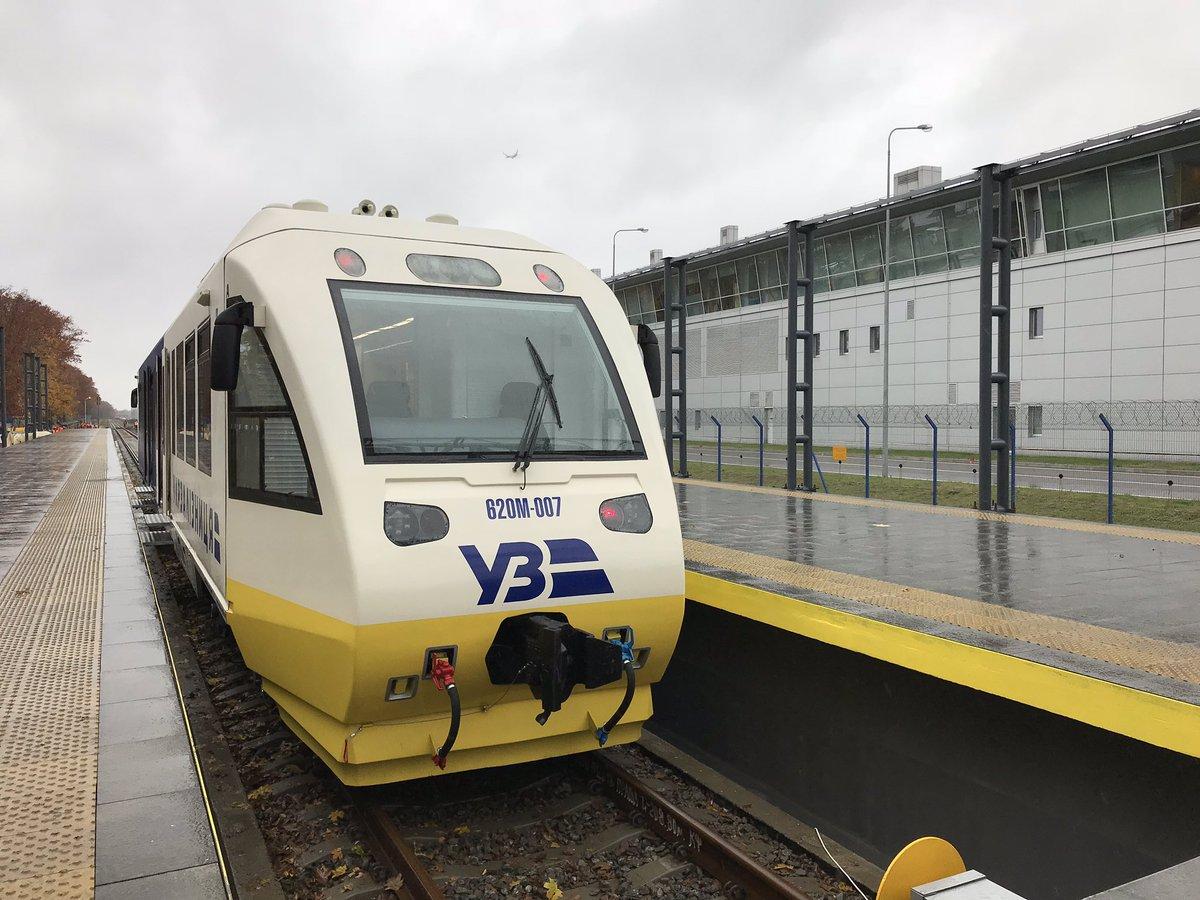 Ukrainian Prime Minister Volodymyr Groysman has announced that a railway line between Kyiv central station and Ukraine's largest state-owned international Boryspil Airport located outside the capital, will be launched in November, not December 1, as earlier planned.

"We are traveling to Boryspil Airport on an express train. The project was presented in February, the works started in May, and a test launch was carried out in October. The first express trains are expected to start running in November," he wrote on Twitter on October 25.

The prime minister noted that it was possible to implement the project at a lower price. Initially, it was planned to invest UAH 600-800 million (US$21-28 million) in the project.

"The project cost about UAH 580 million [$20.6 million]. So, we managed to save on purchases, while using the available budget resources efficiently. For comparison, the estimate of the notorious 'Air Express' in 2010 was UAH 3.2 billion [$114 million]. According to the plan, there will be a covered gallery between the airport terminal and the railway platform, which will protect passengers from rain and snow," the head of government emphasized.

Read alsoBoryspil Airport, Ryanair agree on schedule of all flights

"Boryspil Airport is the country's largest airport. Now it's possible to get there quickly, without traffic jams, in just 35 minutes, and for UAH 80," he added.

As UNIAN reported earlier, the Cabinet of Ministers in February 2018 supported a project developed by Ukrzaliznytsia for building a high-speed railway line between Kyiv and Boryspil. According to the construction project, the line will link the Kyiv Pasazhyrsky (Kyiv Passenger) railway station and Boryspil Airport's Terminal D. The railbus will run through the Vydubychi railway station. A trip will last up to 35 minutes.

It is expected that a railway line will not only significantly simplify the road communications between the airport and the city, but will also unload the key city highways.

An attempt to connect Boryspil Airport with Kyiv was made back in 2011. In 2011-2012, Ukraine reached agreements with China Exim Bank on the financing of a number of projects. According to one of them, the bank was to provide Ukraine with a $372 million loan to implement the Air Express project. In September 2014, Ukraine's Infrastructure Ministry said that $50 million in loan disappeared under the pretext of the project implementation, which was under the supervision of former head of the State Agency for Investment and National Projects, Vladyslav Kaskiv. After this, the ministry called the project "unpromising" and began talks on its re-formatting.

If you see a spelling error on our site, select it and press Ctrl+Enter
Tags:railBoryspilinfrastructure