The counterdemonstrators included members of the far-right groups Tradition and Order, Right Sector, and the Religious National Front. 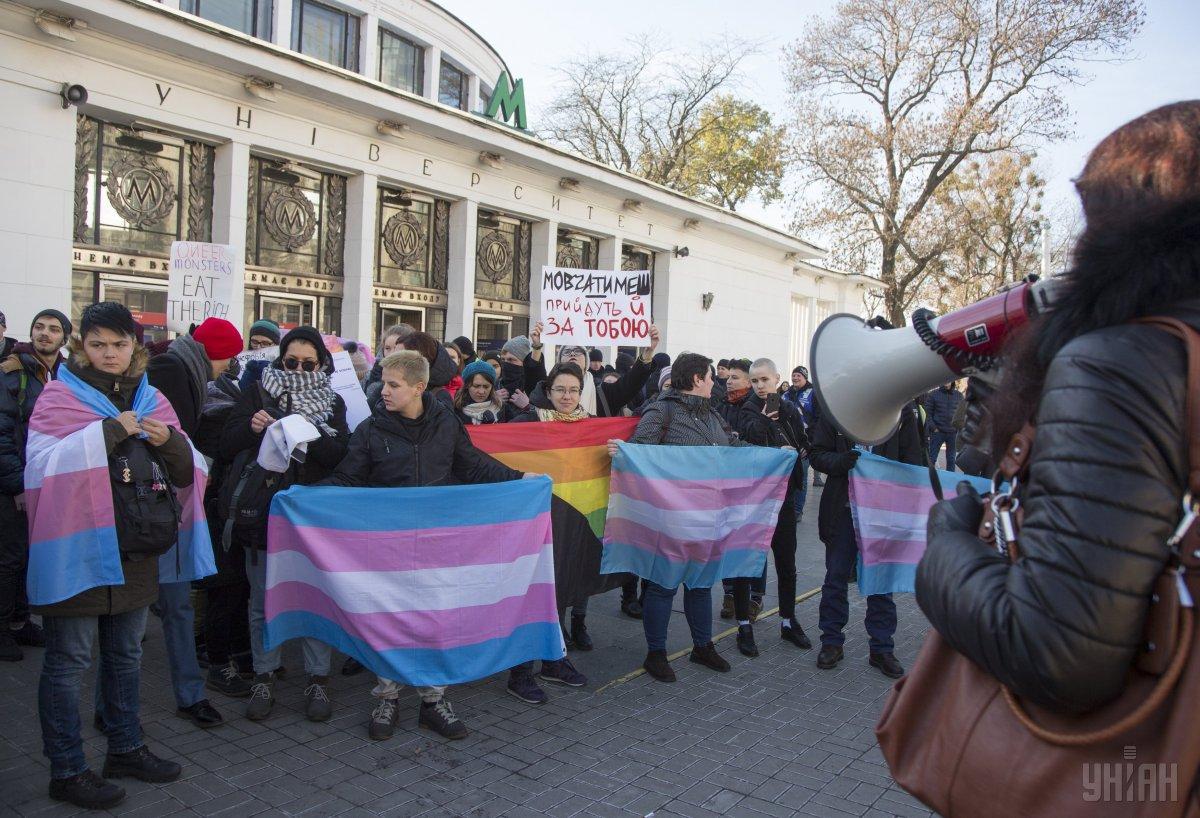 Activists for transgender rights were forced to disband a demonstration in Kyiv after counterdemonstrators assaulted several protesters and attacked a Canadian journalist trying to cover the event.

The organizers of the event criticized Ukrainian police for failing to protect about 40 lesbian, gay, bisexual, and transgender (LGBT) rights activists who had planned to gather in Shevchenko Park on November 18 for a legally sanctioned march through the streets of the Ukrainian capital coinciding with International Transgender Remembrance Day.

RFE/RL's correspondent in Kyiv, Christopher Miller, reports that the demonstrators, who were holding rainbow flags and banners with slogans such as "Transphobia must be stopped," were forced to relocate to a nearby location after about 100 "religious radicals and far-right groups" arrived in the park for a counterdemonstration.

Miller says the counterdemonstrators included members of the far-right groups Tradition and Order, Right Sector, and the Religious National Front.

Miller says LGBT rights activists who moved their gathering place by two blocks to a location near Kyiv's University metro station were followed by a small group of counterdemonstrators who confronted them by shouting slurs and setting off smoke bombs.

Miller says Ukrainian police did not make any effort to remove the counterdemonstrators and, instead, shoved the LGBT rights activists through turnstiles of the metro station while swearing at them and shouting "hateful slurs."

The police officers then blocked the entrance to protesters to avoid further clashes.

Two female activists who remained on the street were physically assaulted by the counterdemonstrators, Miller said.

The two women were attacked with pepper spray and were given first aid at the scene. 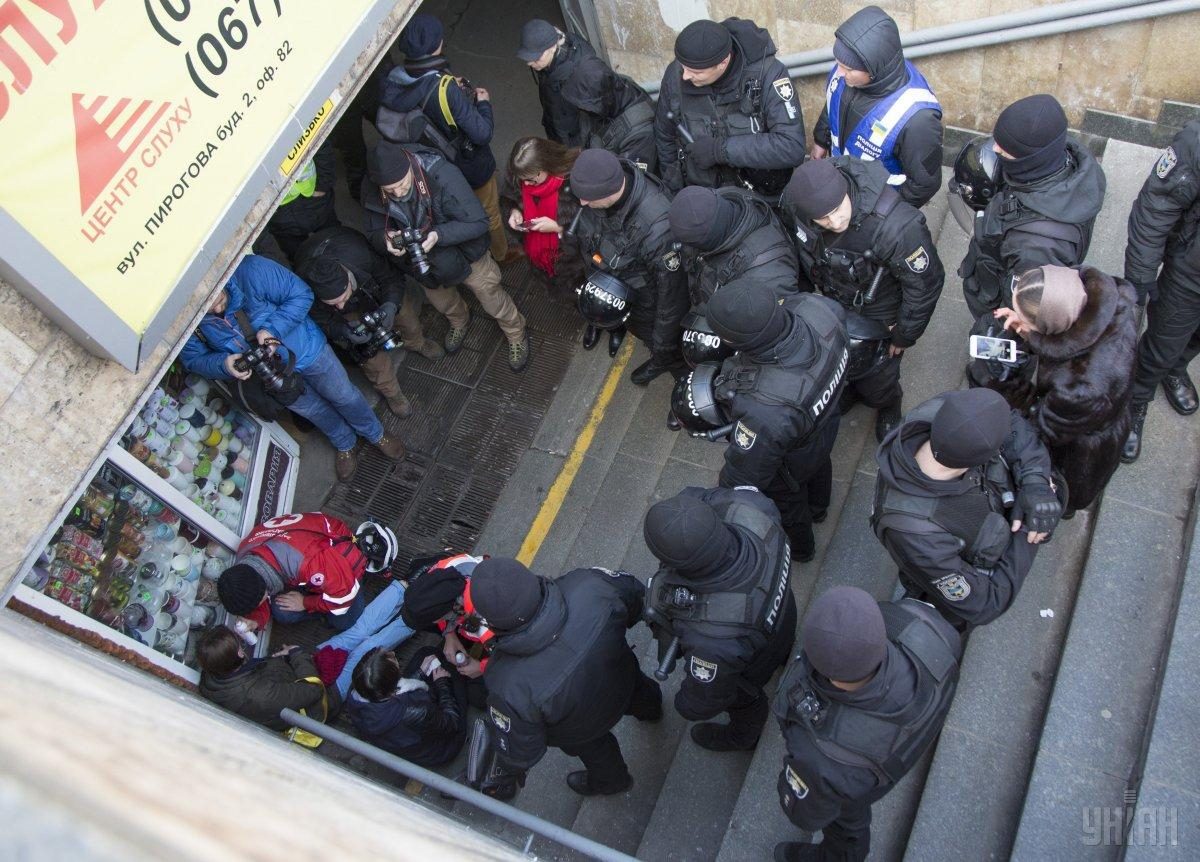 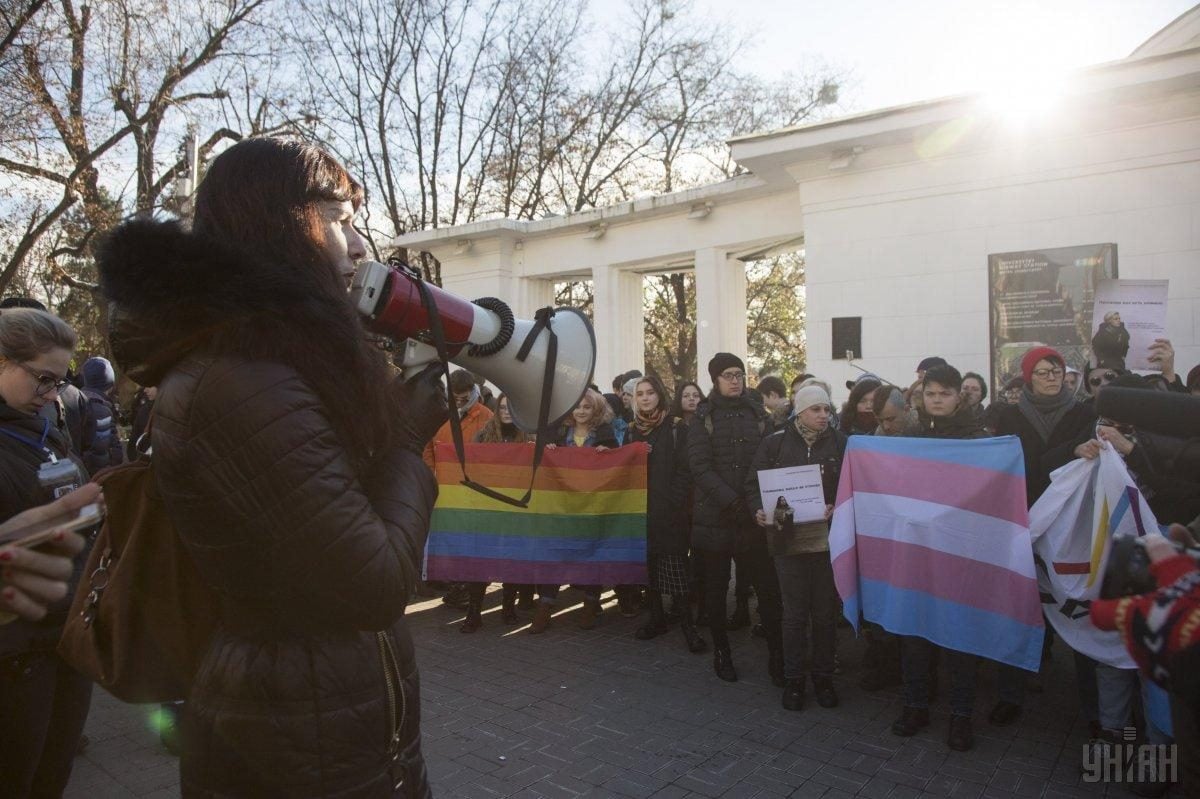 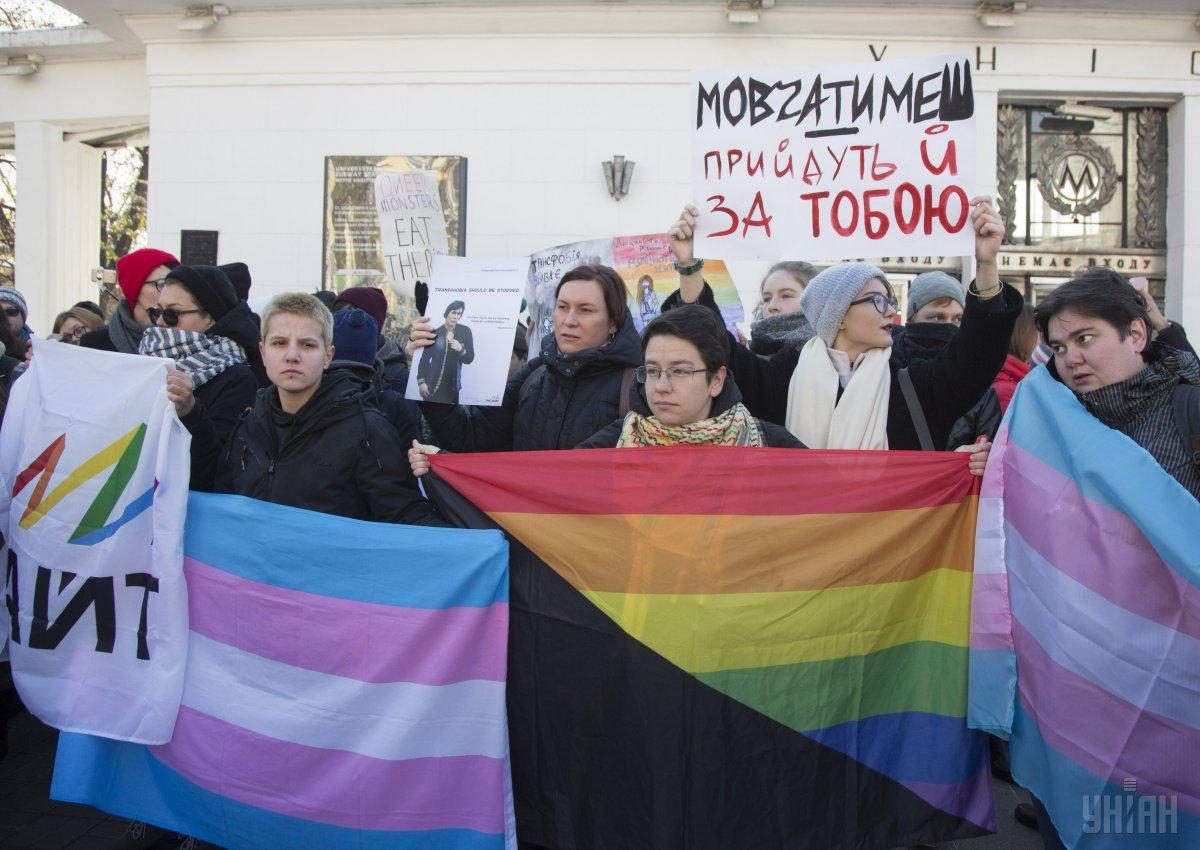 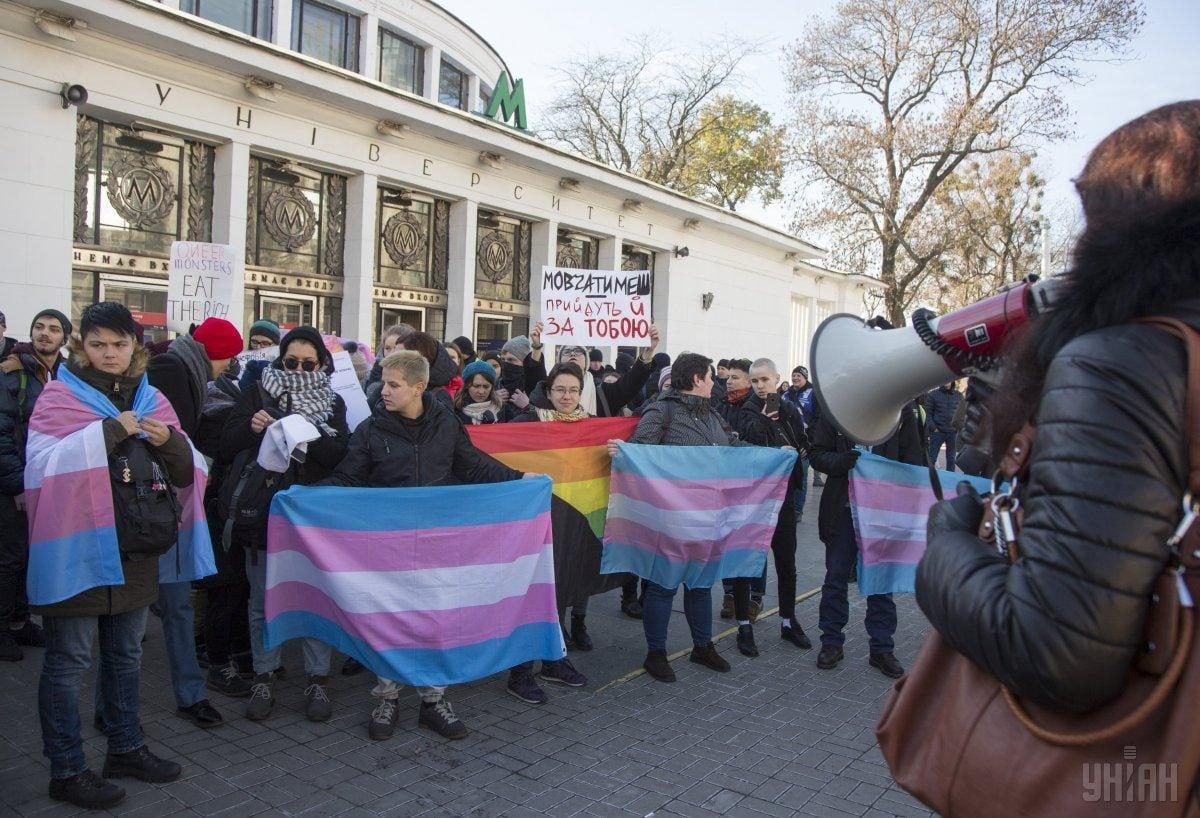 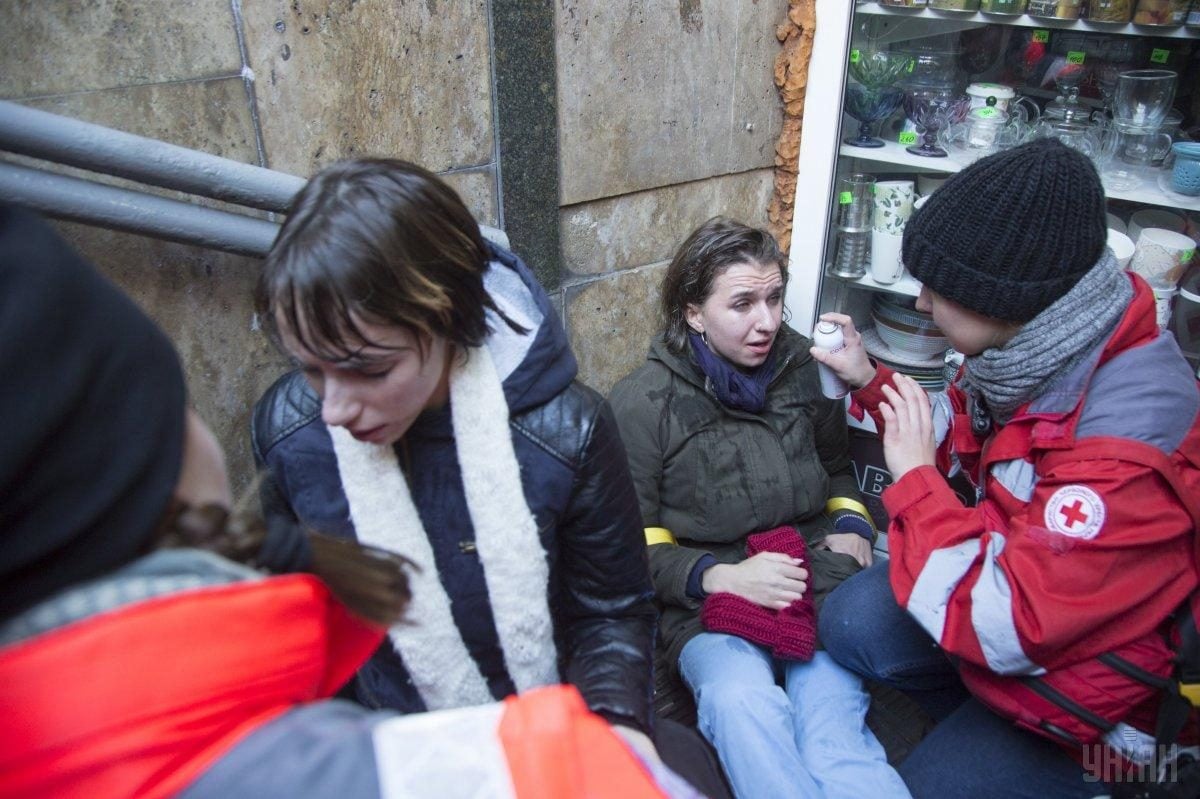 Canadian journalist Michael Colborne was also assaulted with pepper spray and punched in the face by two counterdemonstrators near the metro station, suffering a swollen lip and cuts on his face from his broken glasses.

Police said they have opened an investigation into the attack on Colborne, classifying the assault as hooliganism, and said officers were searching for the two suspects.

Colborne tweeted that the attack against him was "further proof" that Ukraine "has a huge far-right problem," and that Ukrainian officials should "stop downplaying it."

In June, no serious incidents occurred when thousands of activists marched in Kyiv to mark an annual celebration of gay and lesbian rights that had been marred by violence in the past.

Police dispersed far-right protesters ahead of that march and detained more than 50 members of radical groups.

If you see a spelling error on our site, select it and press Ctrl+Enter
Tags:UkraineviolenceKyivmarchactivistsLGBT