On Thursday, November 29, the shopping mall is working according to its schedule. 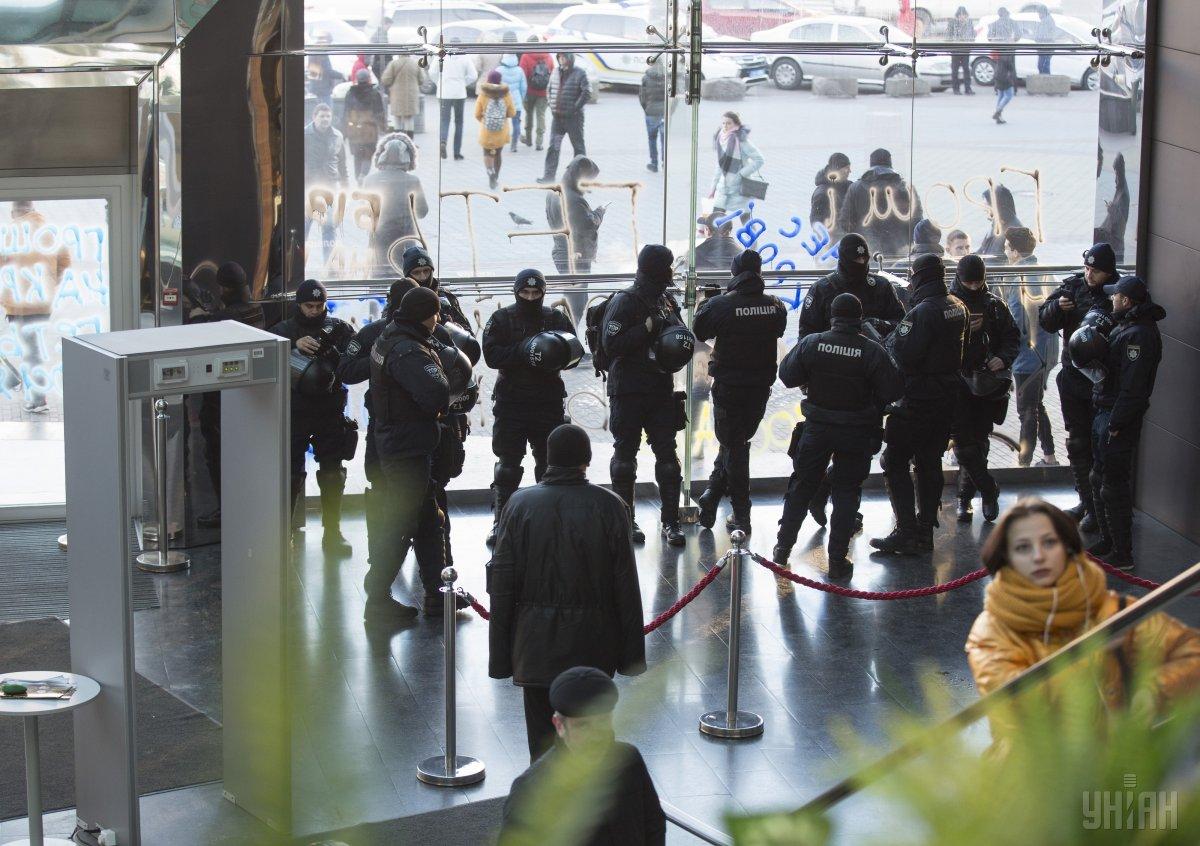 Police were on the spot / Photo from UNIAN

People were evacuated from a Kyiv-based shopping mall on Wednesday evening after a smoke flare had been fired amid an anti-Russian protest organized by a Ukrainian nationalist organization.

The Ocean Plaza shopping mall's administration accused NGO Sokil, the youth wing of the nationalist Svoboda Party, of firing smoke flares after which mall workers had to evacuate people.

"Despite the fact that participants in the rally declared they would not impede the work of the [mall's] tenants, there would be no threat to the health and lives of visitors and employees of the shopping and entertainment center, flares were fired at the mall at 18:00 on Wednesday, November 28," the mall said in an official statement on its website.

The evacuation began. The mall's security service and police were on the spot to prevent escalation.

Head of Sokil's Kyiv branch Volodymyr Nazarenko, who is also a member of Kyiv City Council, denied the use of smoke flares by members of his organization.

"There were reports that the unknown again had fired a smoke flare to attack Ukrainians in a peaceful city in peacetime. I strongly condemn the use of tear gas or other things against Ukrainians, and I assure that neither I nor NGO Sokil had anything to do with that act of provocation," he said in a statement posted on his organization's Facebook page.

An anti-Russian protest at the Ocean Plaza began on November 26. Protesters demand ousting Russian businesses from Ukraine and nationalizing the shopping mall. They brought car tires to set up symbolic barricades at the main entrance and wrote anti-Russian slogans on the glass walls and doors with spray paint.

"Our key demand is to end sponsoring of terrorism and the killing of Ukrainian soldiers by money that's being pumped out of Ukraine through this shopping center," NGO Sokil said on Facebook. "We, the nationalists, are fighting for justice on this land God gave us. We will not sit and watch them fooling us and using well elaborated schemes in an attempt to destroy the Ukrainians. Out with the Russian business in Ukraine! Glory to Ukraine!"

Some 200 members of NGO Sokil came to the shopping mall to take part in the November 28 protest event, the organization said on Facebook.

On Thursday, November 29, the shopping mall is working according to its schedule, the mall said in an update on Facebook.

If you see a spelling error on our site, select it and press Ctrl+Enter
Tags:Kyivprotestnationalists