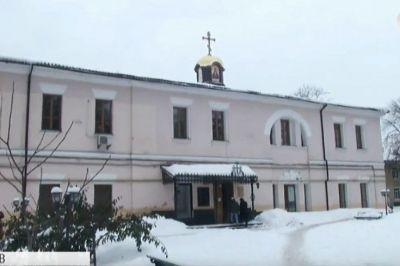 The Church of the Intercession of the Holy Virgin at the Main Military Hospital in Kyiv has become part of the newly created Orthodox Church of Ukraine (OCU).

The hospital church has been subordinate to the then Ukrainian Orthodox Church of the Moscow Patriarchate (UOC-MP) for over 20 years, Ukrainian TV Channel 5 reports.

The priest proposed joining the OCU and members of the church unanimously supported the idea.

The church is located in the Main Military Hospital's territory, therefore Donbas war veterans and military personnel who are now defending the country against Russia's hybrid military forces often come there. Therefore, the local community did not hesitate about making such a decision.

In total, over 40 UOC-MP communities have announced their plans to join the new church after the unification council and the creation of the local Orthodox Church of Ukraine, independent from Russia's Orthodox Church. According to various estimates, the UOC-MP had over 11,000 parishes in late 2012.

If you see a spelling error on our site, select it and press Ctrl+Enter
Tags:KyivhospitalmilitaryMoscowPatriarchatechurchOrthodox