The incident happened on January 24. 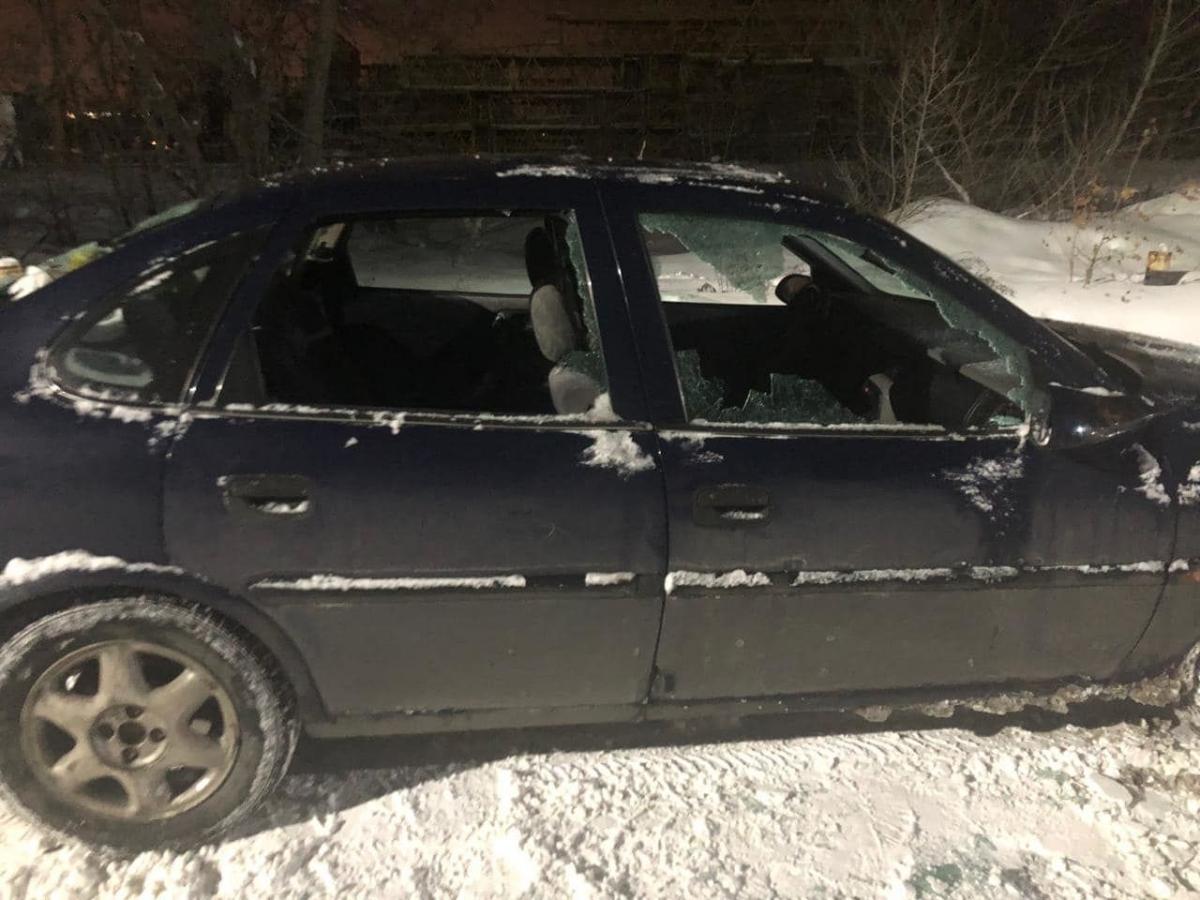 The attackers damaged the journalists' car with an ax / facebook.com/bochkala

Seven attackers on journalists of the Stop Corruption project in Kyiv's Holosiyivsky district are facing 10 years in prison and have been placed under house arrest during the evening hours.

The decision on the arrest was made by Kyiv's Holosiyivsky district court on January 26, the media liaison office of Kyiv's police said.

The suspects should stay at the registered address from 21:00 to 07:00 and abide by the court's ruling, it said.

Nine individuals were detained on January 24, seven of them were indicted under Part 2 of Article 187 (assault) of the Criminal Code of Ukraine. Police seized rubber-bullet handguns and rounds during the detention.

As was reported, a group of unknown persons who arrived in three cars with foreign registration at Industrialna Street in Kyiv's Holosiyivsky district reportedly damaged a car of the Stop Corruption project's camera crew with an ax, used tear gas, beat a journalist and seized personal belongings, including money and documents.

Police officers who were on the scene identified them as employees of a private security firm.

The journalists were investigating illegal production of sand in Kyiv's Vydubychi area.

The victim was hospitalized and left the hospital after he had been provided with medical aid.

According to Stop Corruption coordinator, journalist Roman Bochkala, the so-called "private security guards" were engaged in transportation of illegally produced sand by trucks.

As part of their probe, the journalists arrived at Vydubychi on January 24, they were accompanied by two activists. One of them, a Donbas war veteran and a member of the Azov regiment, was reportedly another victim of the attack.

Bochkala says Vydubychi on the right bank of the Dnipro River is the biggest illegal point of river sand production in Kyiv. "This plot of land was leased by MostoStroy Ltd., a bridge engineering venture. The city council broke the lease agreement in 2018, but illegal sand mining continues right in front of police's eyes," he added.

Commenting on the court's decision, Bochkala said it was lenient.

The decision on the attackers was taken by judge of the Holosiyivsky district court Oleksandra Koldina, he said. "She knows better what to do. Oleksandra decided that those thugs could freely walk. This is 'house arrest lite.' The criminals will just have to be at home from 23:00 to 07:00! It's about eight hours. For a good sleep, perhaps. To continue harassing journalists, damage cars with an ax car, spray tear gas in the face, fire from guns, and steal the sand," Bochkala wrote on Facebook.

"Ironically, the organizer of the attack, notorious Mykhailo Burda, was under house arrest at the time of the crime! Only for another crime. And what we see. The house arrest liability did not prevent him from committing a new crime. And now he is at large. Where is the guarantee that his mates will not do the same?!" he wondered.

If you see a spelling error on our site, select it and press Ctrl+Enter
Tags:attackviolenceKyivjournalistcourtrulingshousearrest