A civilian truck driver was injured in the incident. 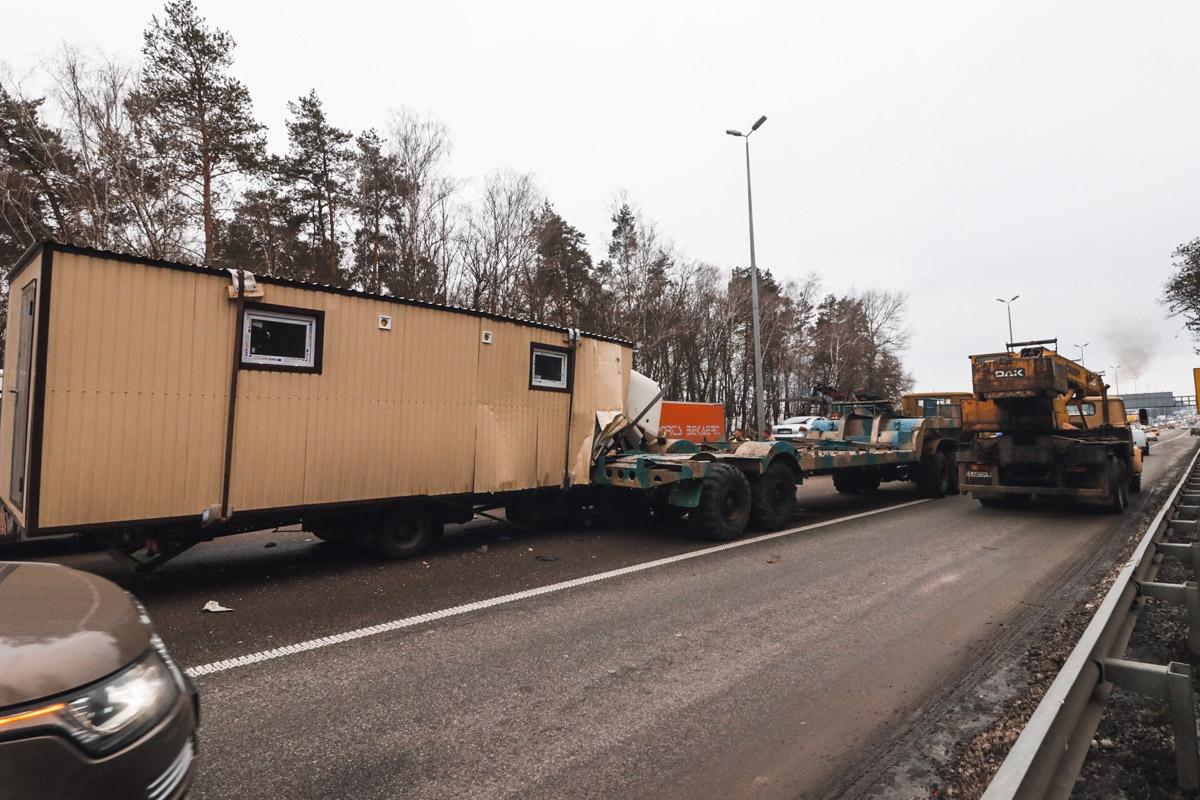 On January 5, a Volvo truck carrying a construction trailer crashed into a military KRAZ on the Zhytomyr highway almost in front of a police post near Kyiv.

"A military truck was moving on the Zhytomyr highway. Some 300 meters from the police post, a large Volvo truck that was carrying a construction trailer collided with a military truck. As a result, half the Volvo truck cabin had been crumpled. The driver managed to steer the wheel to the side at the last moment to avoid a direct hit, so the main blow fell on the passenger seat, which wasn't occupied," according to the local news portal Informator.ua.

The driver of the Volvo vehicle was hospitalized with a neck injury.

The military KRAZ truck was not part of a convoy.

As UNIAN reported earlier, one soldier was killed and three more were injured, when an Ural military vehicle collided with a KAMAZ truck in Kherson region on January 23.

If you see a spelling error on our site, select it and press Ctrl+Enter
Tags:accidentKyivmilitarytraffictruck