The truck rammed through parked cars downhill after its brakes failed. 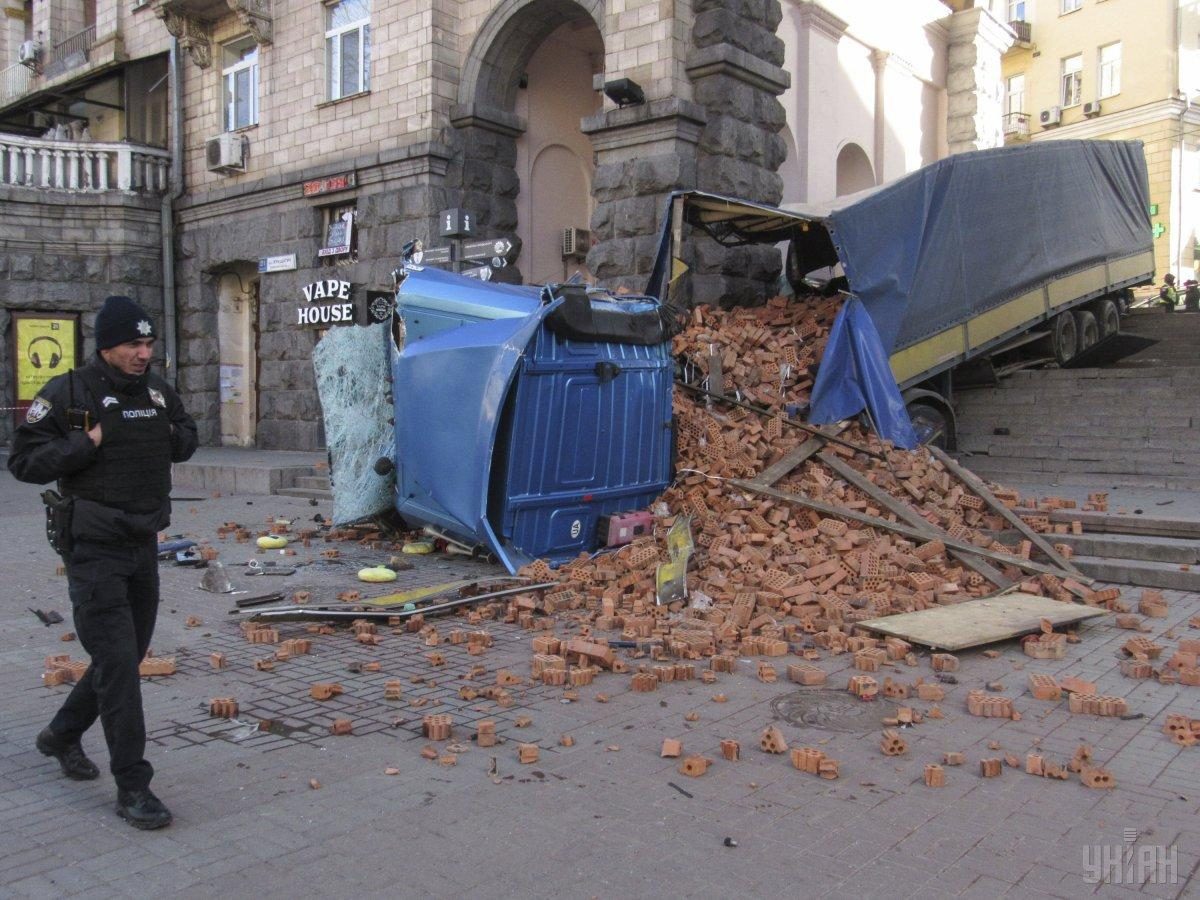 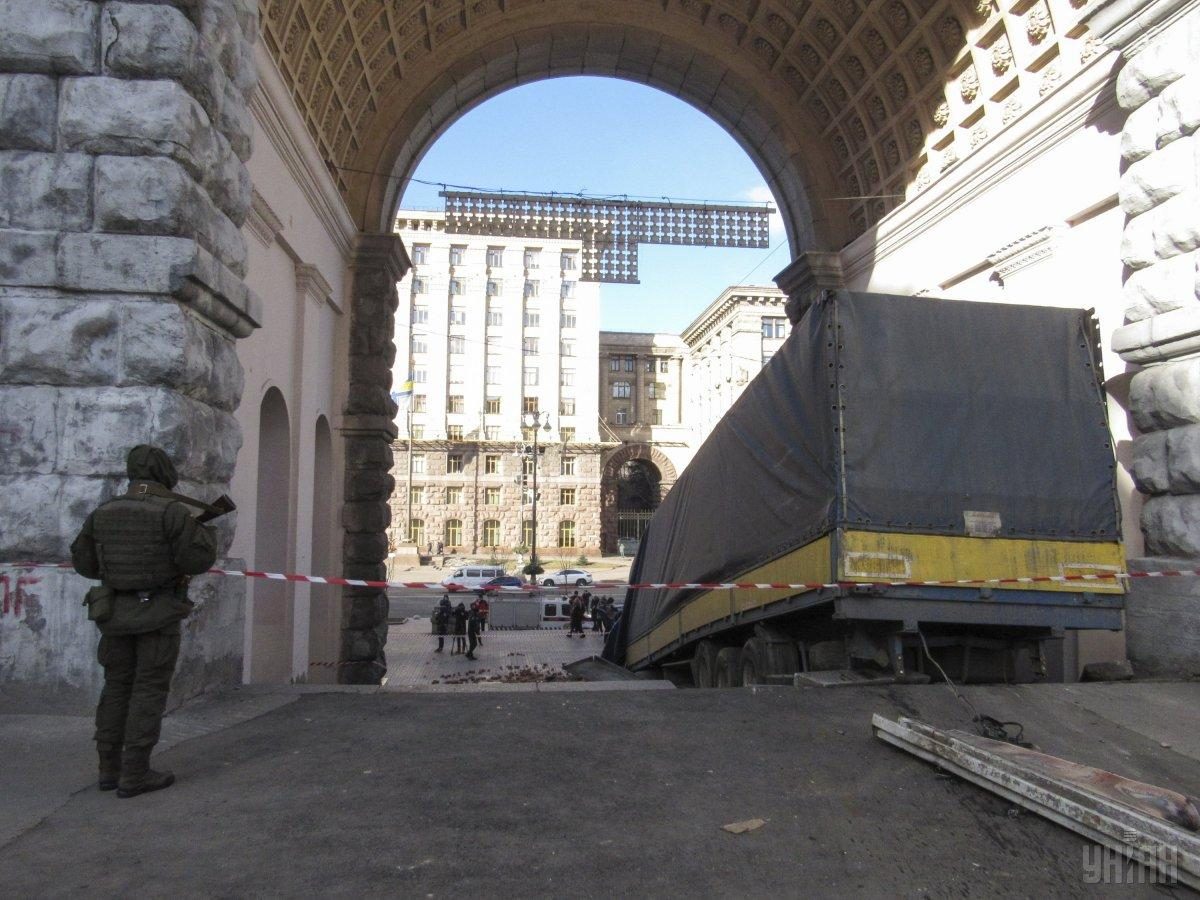 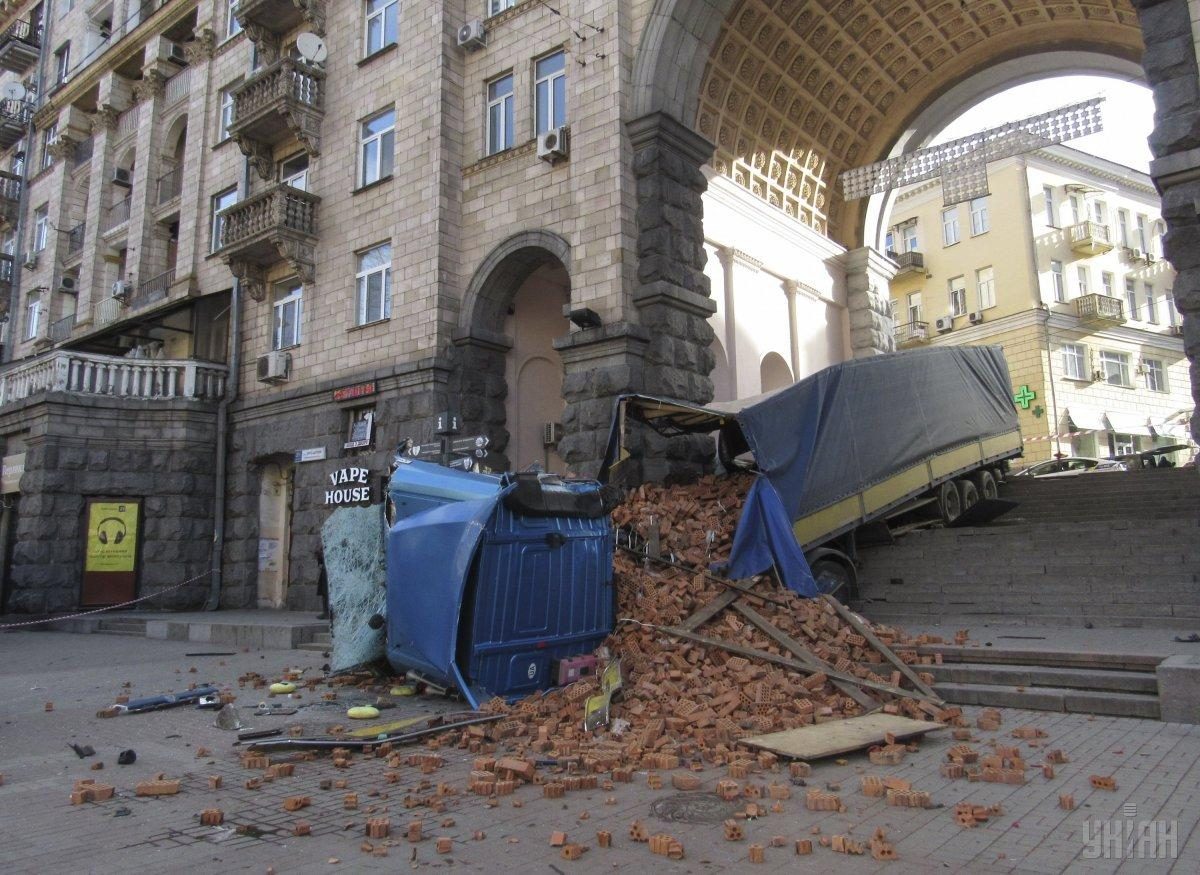 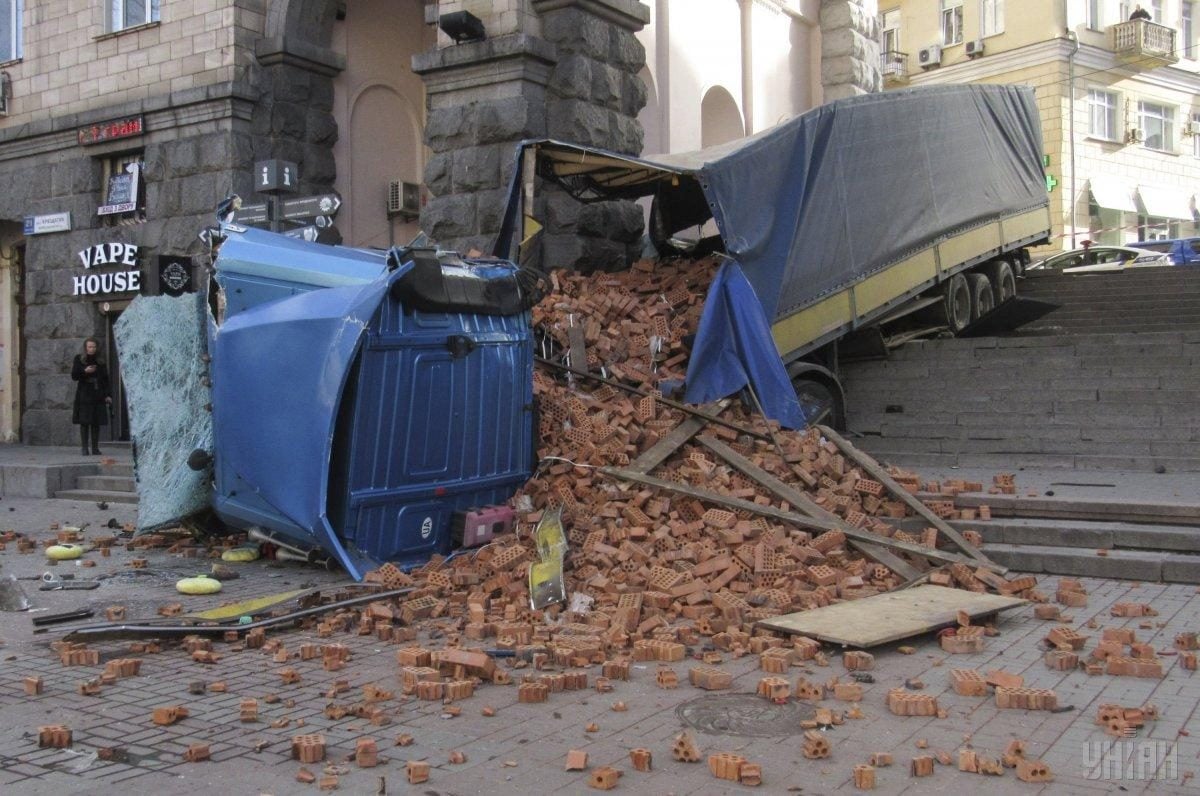 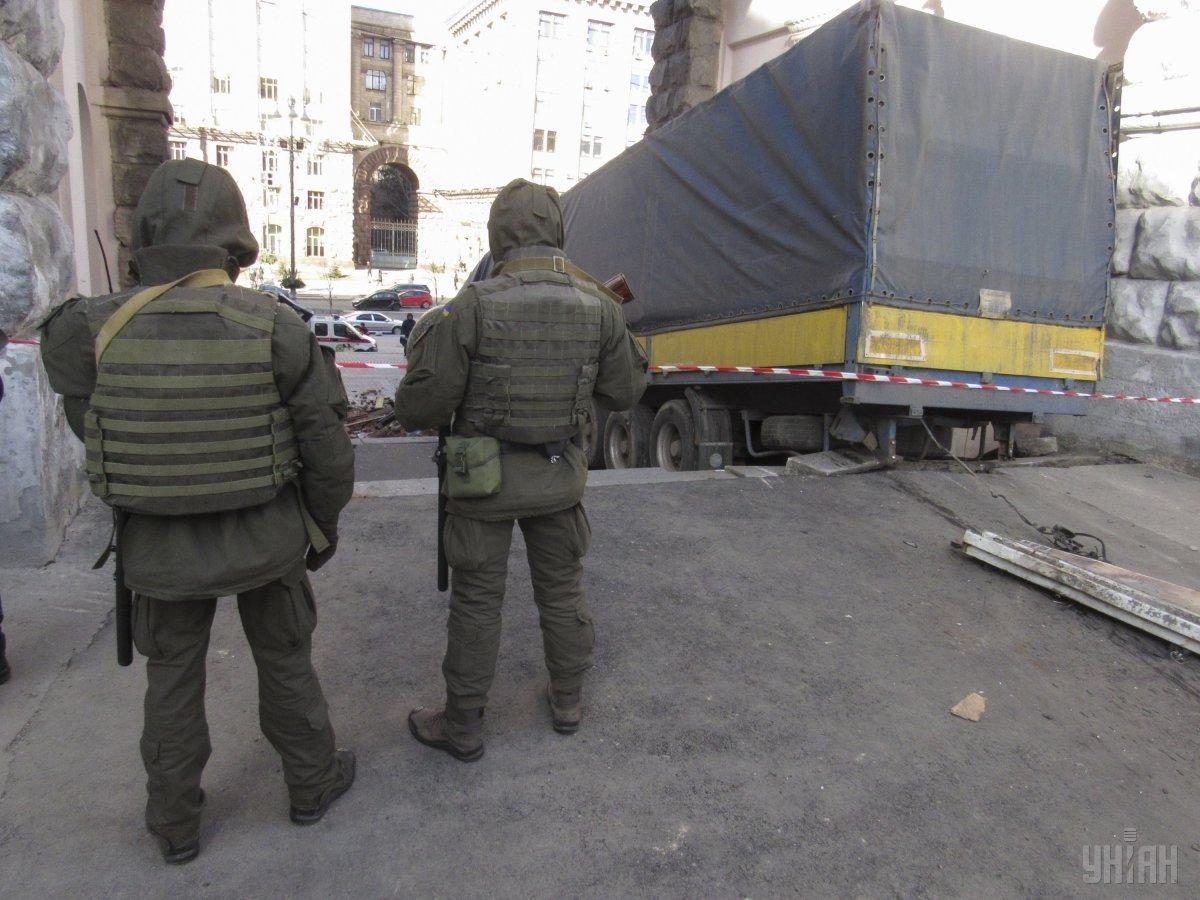 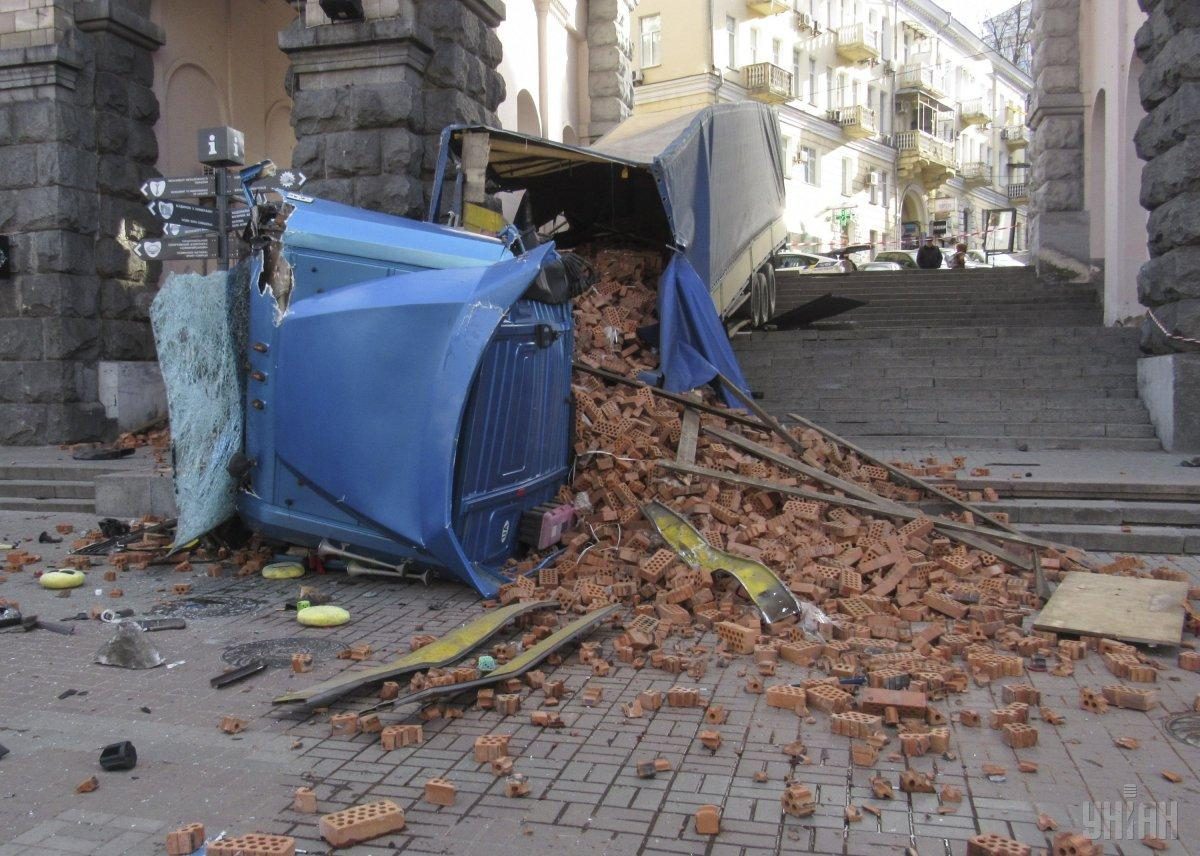 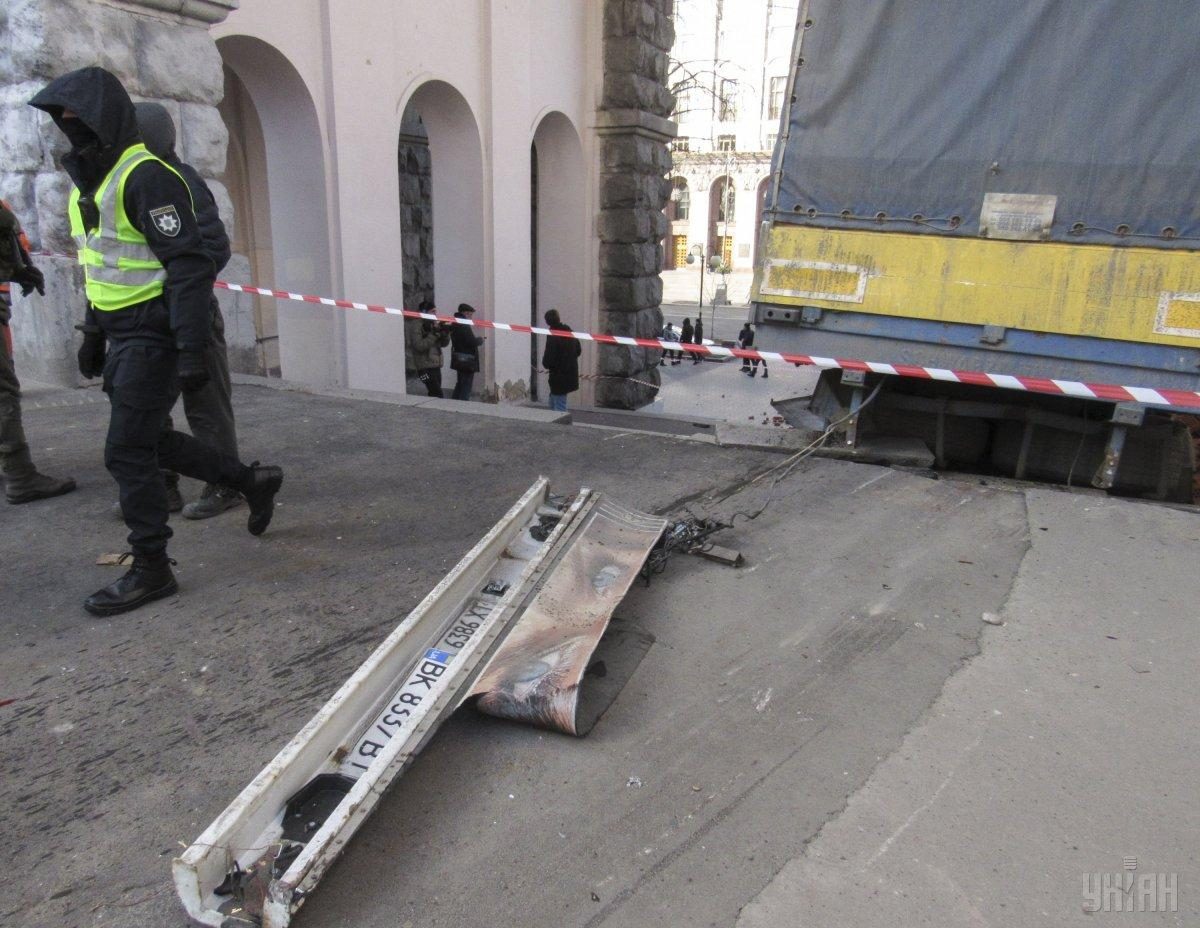 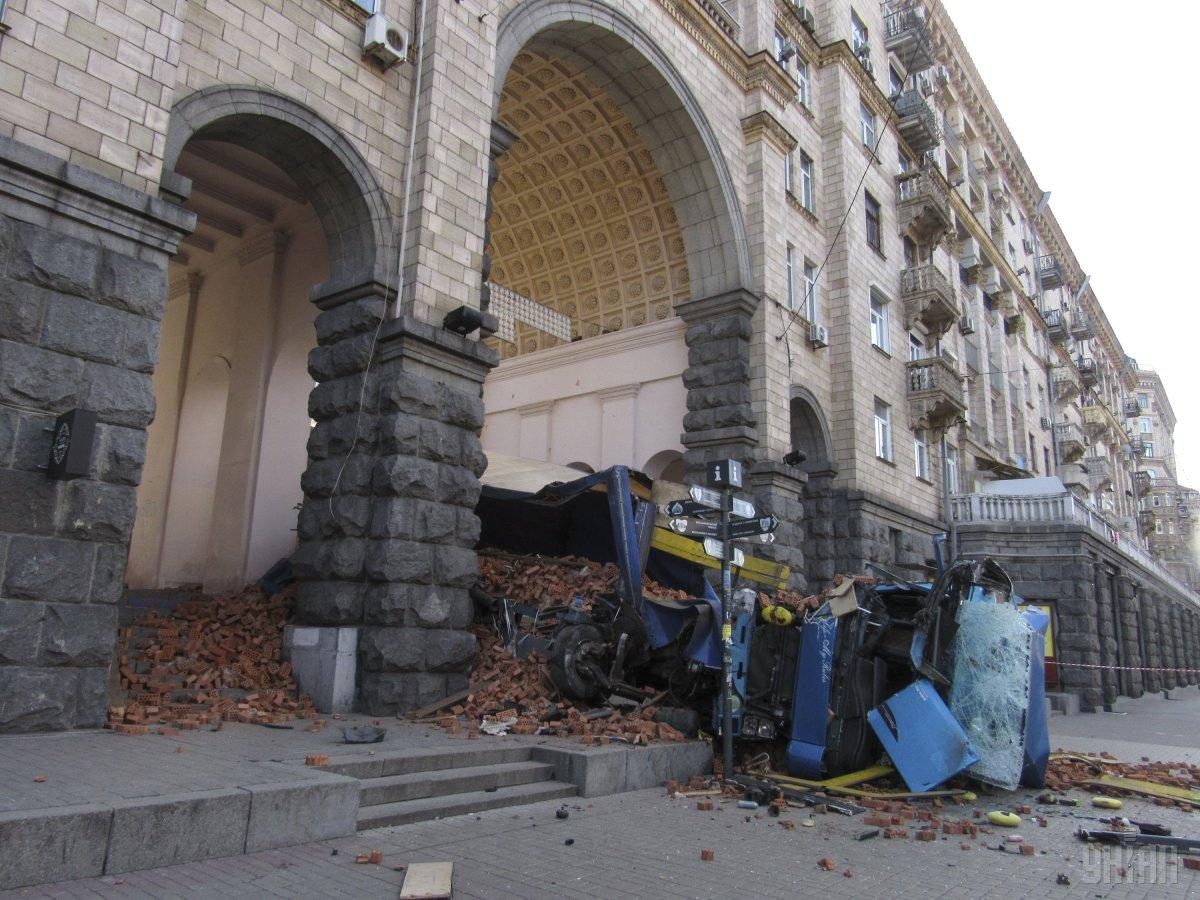 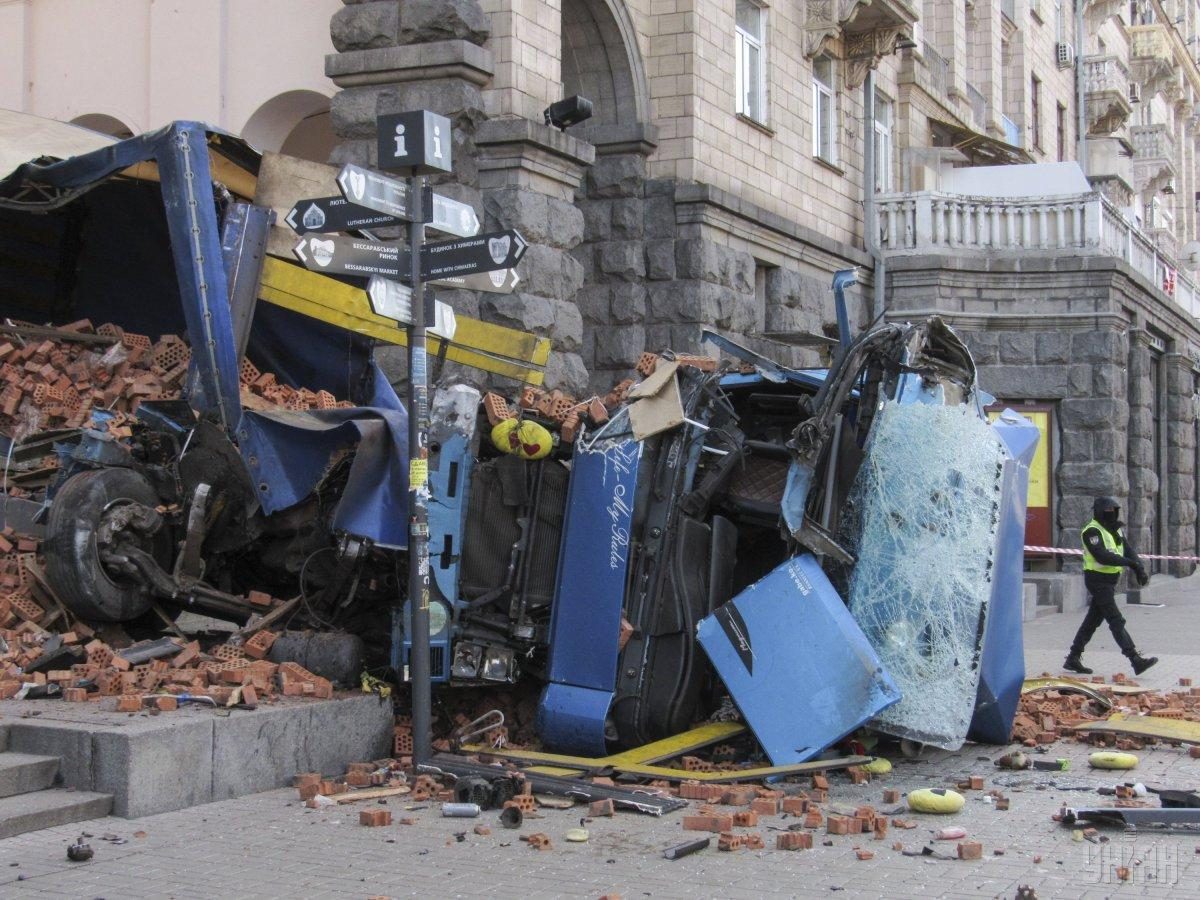 A Renault Magnum truck heavily loaded with bricks got stuck on the stairs in one of the archs on Kyiv's central Khreshchatyk Street.

Fortunately, the accident brought no casualties.

At around 06:20 on Friday, February 22, both drivers operating the truck, who were having an off-duty sleep in the truck cab while it was parked on a steep Lyuteranska Street, felt that the vehicle started moving, a local news portal Informator.ua reports.

The braking system apparently failed as the drivers could not stop the vehicle.

On its way, the truck rammed a Toyota, demolished a road sign, and a city-light.

Finally, the truck rolled down the stairs in the arch onto Khreshchatyk Street. The cab of the truck was crushed by bricks that spilled from the trailer, while drivers managed to get out unhurt, suffering only minor injuries.

Now, the scene is cordoned off. Police and municipal utility services are working to clear the aftermath. The investigation is underway.

If you see a spelling error on our site, select it and press Ctrl+Enter
Tags:accidentKyivtruck