During the summit, the Association of Ukrainian Cities will sign memorandums on cooperation with the Union of Local Authorities in Israel and the Chamber of Commerce Israel-Ukraine. 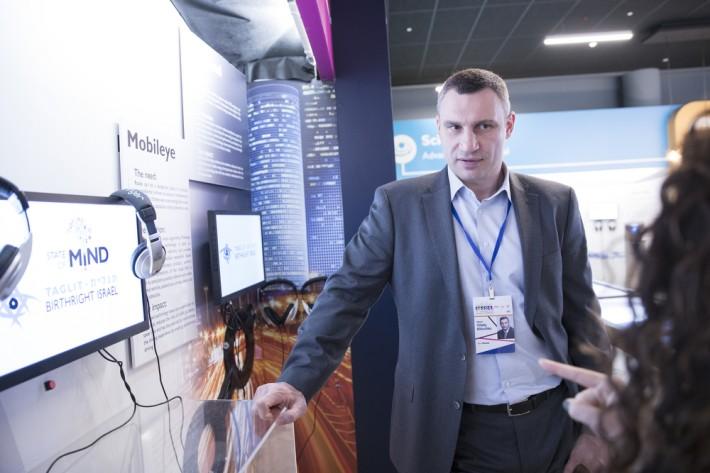 Photo from the mayor's press service

"From what I have heard at panels and presentations, I am pleased to emphasize that today Kyiv implements the latest Smart City developments," he said at the 33rd International Mayor Conference which is being held in Israel, the mayor's press service has reported.

"Many 'smart' projects have already been successfully introduced in Kyiv: the Open Budget, municipal fleet dispatch control, contactless card payments in the Kyiv underground, an electronic ticket which is currently under testing, etc. By the way, Kyiv has introduced the Safe City project four years ago, based on the proven technology that operates so efficiently here, in Israel. During the conference, I took an interest in some innovations that might be used for further development of Ukraine's capital city," Klitschko said.

The event brings together mayors of cities from all over the world to discuss and share the best experience how to introduce Smart City innovations in municipal governance and improve the security of cities.

Klitschko, who chairs the Association of Ukrainian Cities, will also participate in the Israeli-Ukrainian Muni 2019 Summit. Mayors and delegations from other Ukrainian cities that are members of the Association, including Kharkiv, Dnipro, Chernihiv, Zhytomyr, Rivne, Vinnytsia, Mariupol, Obukhiv, and Vyshneve, will attend the event as well. In particular, the Kyiv mayor will attend and speak during the panel discussion titled "How to leverage and aggregate all information existing in the public arena to maximize urban security."

During the summit, the Association of Ukrainian Cities will sign memorandums on cooperation with the Union of Local Authorities in Israel and the Chamber of Commerce Israel-Ukraine.

If you see a spelling error on our site, select it and press Ctrl+Enter
Tags:UkraineKyivKlitschkoIsraelinnovationsmayorconference