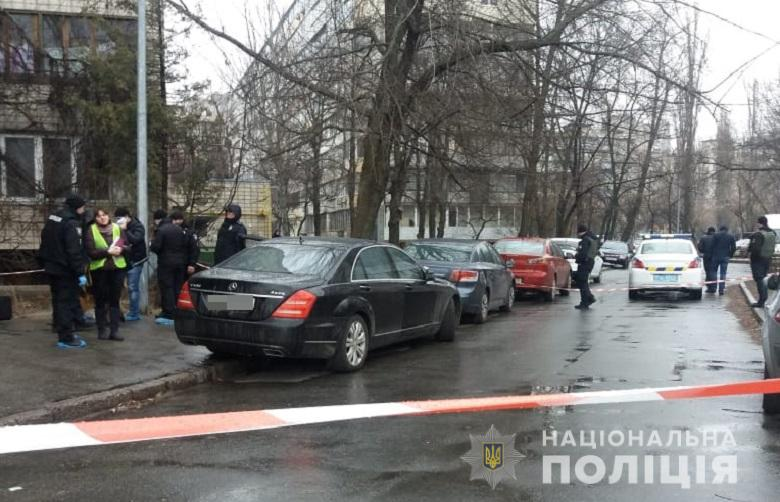 The victim owned a jewelry factory / Photo from kyiv.npu.gov.ua

Serhiy Kiselyov, the owner of a jewelry factory, who was shot dead in Kyiv on March 5, 2019, was a key witness in the so-called "diamond prosecutors" case.

"Kiselyov has been killed. This is the man who recognized his diamonds (the former owner of a jewelry factory) in the high-profile case of 'diamond prosecutors,'" Former Deputy Prosecutor General David Sakvarelidze, who investigated the case, wrote on Facebook to comment news reports about the murder of a man in Kyiv on Tuesday.

"The late Kiselyov previously told [me] that several million dollars and a dozen kilos of gold also disappeared from his factory together with the diamonds, which were later found during a search at deputy prosecutor of Kyiv region [Oleksandr] Korniyets. In his testimony, he named the then deputy prosecutor general and deputy minister of the Ministry of Internal Affairs. He said that the case against him would be closed in exchange for 'forgetting' the money and gold stolen during the search. So it happened then," he wrote.

Former Deputy Prosecutor General Vitaliy Kasko told the Ukrainian online newspaper Ukrayinska Pravda that Kiselyov was a victim in the case of "diamond prosecutors." "In 2010, law enforcement officers raided on Kiselyov's premises and seized the jewels. The jewels got 'lost' later," Kasko said.

According to him, Kiselyov recognized his diamonds at Korniyets' place and then testified at the prosecutor's office.

At the same time, Kasko could neither confirm nor deny the fact of the businessman's murder. "I know this information only from journalists who told me that his documents had been found on the site, and the car's number plate is registered to Kiselyov's name," he said.

In turn, a source in the Ministry of Internal Affairs confirms in a comment to the online newspaper that the man who was killed in Kyiv's Dniprovsky district was Kiselyov.

As UNIAN reported, the criminal case of "diamond prosecutors" concerns First Deputy Chief of the Main Investigation Department of the Prosecutor General's Office Volodymyr Shapakin and Deputy Prosecutor of Kyiv region Oleksandr Korniyets, who were detained in July 2015 on suspicion of receiving a UAH 3 million bribe. As a result of the search, money worth about $500,000, as well as jewelry and weapons, were seized from their homes and offices. In February 2017, former First Deputy Chief of the Security Service of Ukraine Viktor Trepak said that all SBU officers who were investigating the "diamond prosecutors" case had been dismissed.

If you see a spelling error on our site, select it and press Ctrl+Enter
Tags:Kyivprosecutorsmurder