The group has been linked to violence and public disorder, the Embassy stressed. 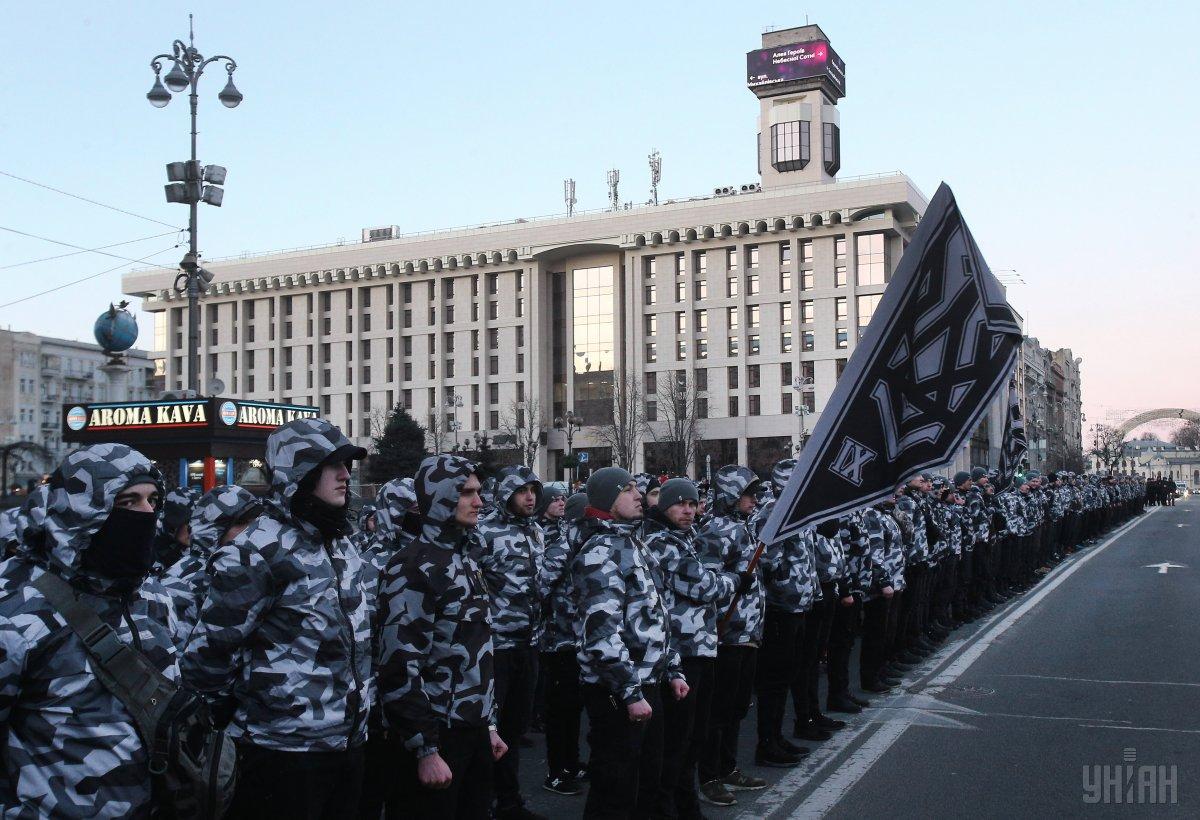 The United States Embassy in Ukraine on Friday, March 15, released a "Demonstration Alert" regarding the upcoming rally of National Corps activists set to be held at Kyiv's Maidan Nezalezhnosti (Independence Square) March 16.

"On Saturday, March 16, a Ukrainian nationalist group plans to demonstrate at Maidan Nezalezhnosti Square (also known as Independence Square), located on Khreschatyk Street near the city center.  This group has been linked to violence and public disorder, including clashes with police.  Large crowds are expected in the area," the alert reads.

It is recommended to avoid crowds and demonstrations, follow local law enforcement instructions, and monitor local media for updates.

Earlier, the National Corps Movement announced a rally in Kyiv to protest against corruption in the country's defense industry.

The rally is set to start at 16:00 Kyiv time, according to the Organization's website.

As UNIAN reported earlier, police and far-right demonstrators clashed outside the presidential administration building in the Ukrainian capital and in at least one other city. The far-right activists gathered in Kyiv on March 9 to call for arrests of figures linked to an alleged military corruption scandal.

Two police officers and a national guard were injured in the clash.

On the same day, police said 22 officers were hurt in clashes in the city of Cherkasy, about 150 km southeast of Kyiv, where Poroshenko went to speak at a rally

On March 10, the police reported the arrest of two suspects in the organization of clashes in Cherkasy.

On March 14, the U.S. Department of State called the National Corps and C14 "hate groups".