There were no casualties as a result of the incident. 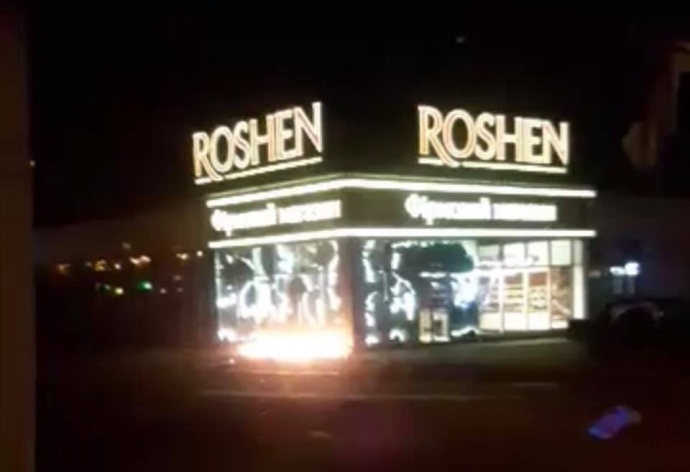 A Roshen confectionery store near the Heroiv Dnipra subway station in Kyiv's Obolonsky district has been damaged in a recent arson attack.

"A substance of unknown origin was seized on the scene; it was sent for tests," the police said.

The incident was qualified under Part 2 of Article 194 of the Criminal Code of Ukraine (intentional destruction or damage to property by arson).

The punishment could be imprisonment from three to fifteen years.

"The probable cause of the fire is arson, but the final cause will be established by law enforcement agencies," spokesperson for the State Emergency Situations Service in Kyiv Svitlana Vodolaha said.

The facade wall of the building's exterior was damaged on an area of two square meters.

There were no casualties as a result of the incident.