Moment of car blast in Kyiv caught on CCTV cameras

The vehicle belonged to an intelligence operative. 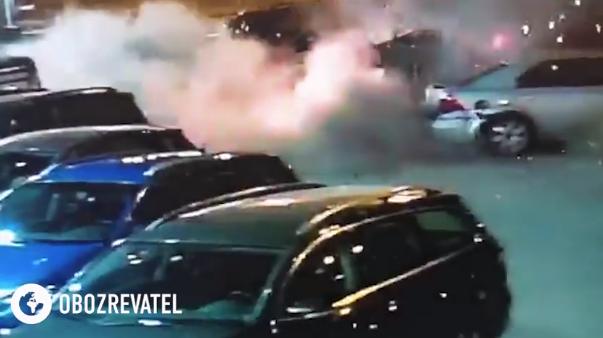 The video shows a man walking with a dog along an Auchan supermarket parking lot located on Academic Williams Street overnight. Having approached Chevrolet Evanda, he leaned toward the car and seemed to have tried to plant an improvised explosive device there. The Ukrainian online news outlet Obozrevatel released an exclusive footage.

However, the explosion occurred prematurely. The man had his arm ripped off in the blast, according to media sources. He is now in the hospital under guard.

According to preliminary data, it was an assassination attempt on a Ukrainian intelligence officer.

Censor.net chief editor Yuriy Butusov earlier reported the car owner was an officer of the Ukrainian special services, who took an active part in the Joint Forces Operation in Donbas.

If you see a spelling error on our site, select it and press Ctrl+Enter
Tags:Kyivcrimeincidentcarblastintelligence