Klitschko: Traffic on Podilsko-Voskresensky Bridge to be launched by late 2020

The construction of a subway line to the Troieshchyna residential area will be the next step. 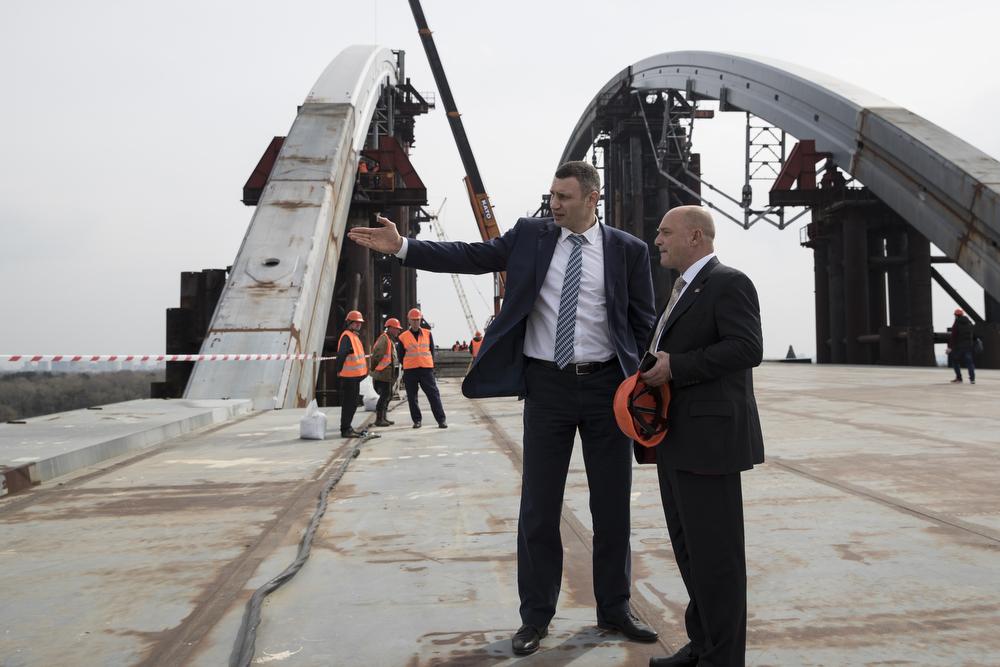 Kyiv Mayor Vitaliy Klitschko has said motor traffic on the Podilsko-Voskresensky Bridge will be opened as early as late 2020.

"Our task is to launch motor traffic on the Podilsko-Voskresensky Bridge by the end of next year. The residents of the Troieshchyna residential district are awaiting this," Klitschko told Ukrainian Pryamiy TV Channel.

According to him, the construction of a subway line to Troieshchyna will be the next step.

The City also plans to complete the construction of two new subway stations of the Syretsko-Pecherska subway line, namely the Mostytska and Prospekt Pravdy subway stations, within the next two years.

Answering the host's question, Klitschko said construction works at the Shuliavsky overpass were continuing on schedule.