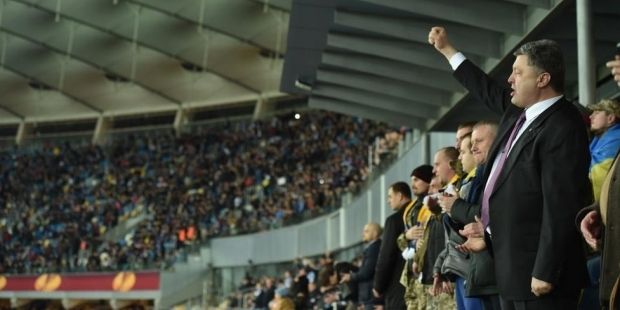 The football match between Dynamo Kyiv and Everton in the UEFA Europa League round of 16, which was hosted by Kyiv's Olimpiyskiy Stadium on Thursday night and attended by Ukrainian President Petro Poroshenko, was over with the Kyiv team's victory.

Poroshenko was accompanied by 20 soldiers from the Donbas anti-terrorist operation, who are now undergoing rehabilitation in Kyiv's military hospital. The game was also attended by former Ukrainian presidents Leonid Kravchuk and Leonid Kuchma.

The first game in Liverpool ended with Everton's victory 2-1, yet, they exited the competition 6-4 on aggregate.

Everton's bitter defeat means that for the first time since 1992/93 there will be no English team among the last eight in any UEFA club competition.